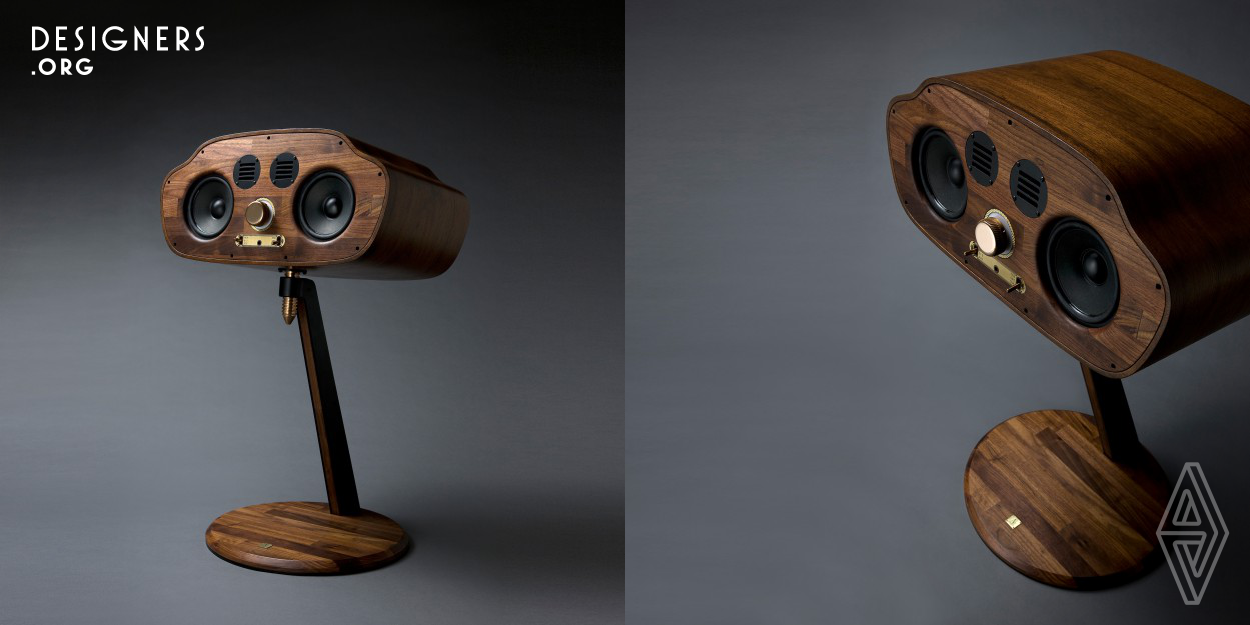 In the new millennium, where digital devices are striving to be minimal and inconspicuous, the Golden bug stands out against the inorganic trend. The speakers, embedded in birch plywood and reminiscent of the headlights and grill of a mid 20th century car, sit atop a thin neck that stems from its sleek, circular walnut base. As its facelike head turns on its screw-on neck, the Golden bug invites its audience to connect and reminisce in the glory of an acoustic memory. The Golden bug brings back a partnership between user and device and thus becomes the rediscovery of analogue emotions. 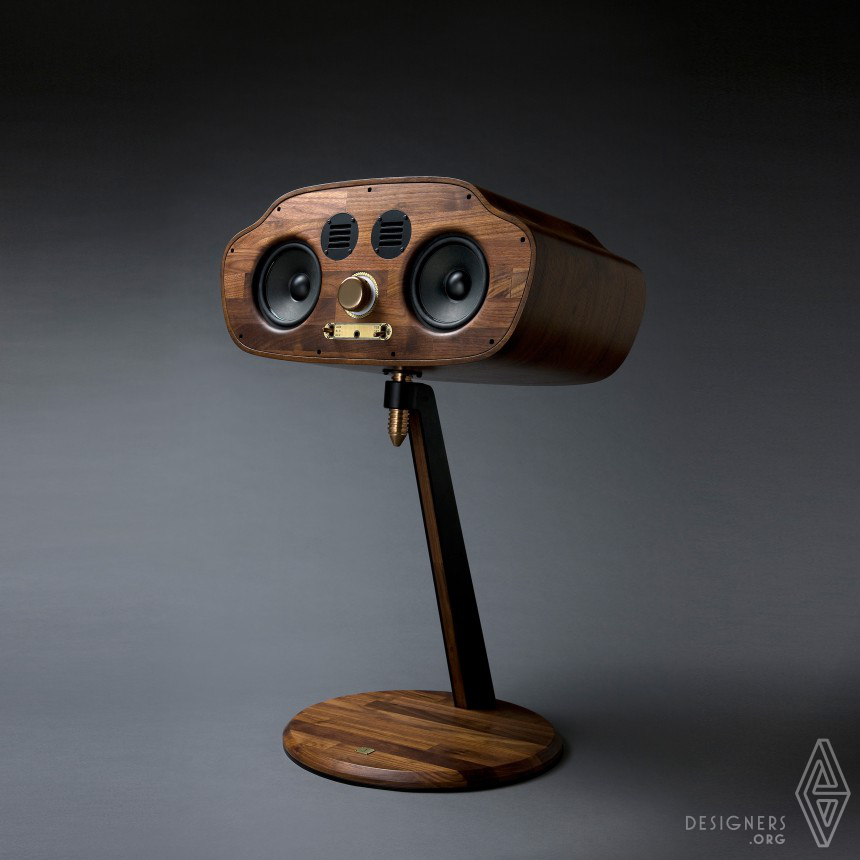 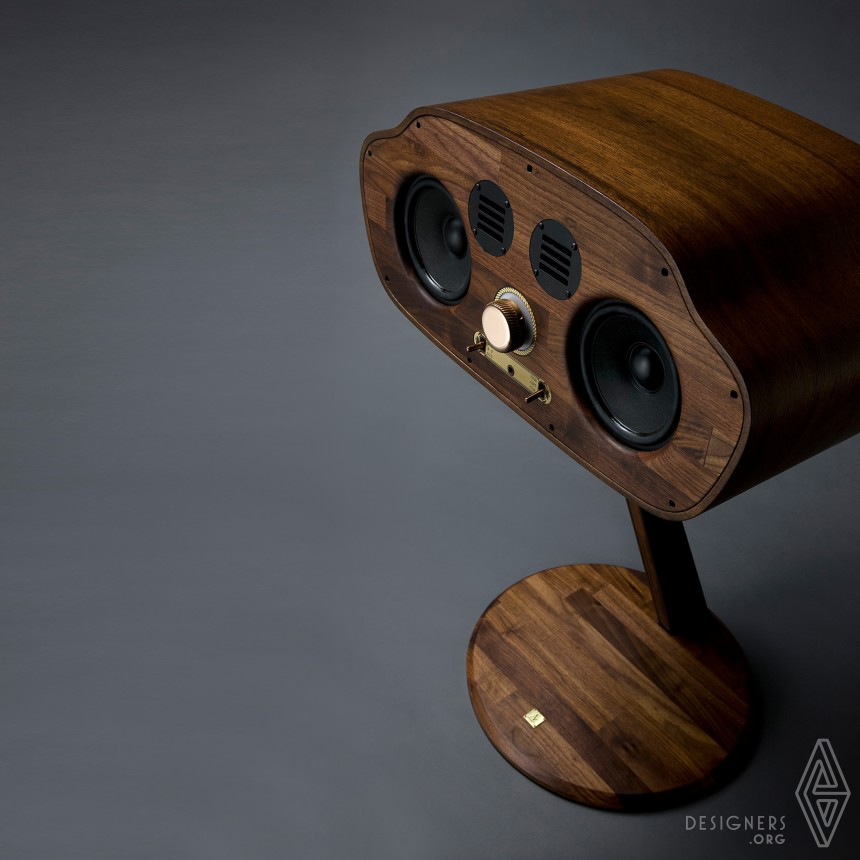 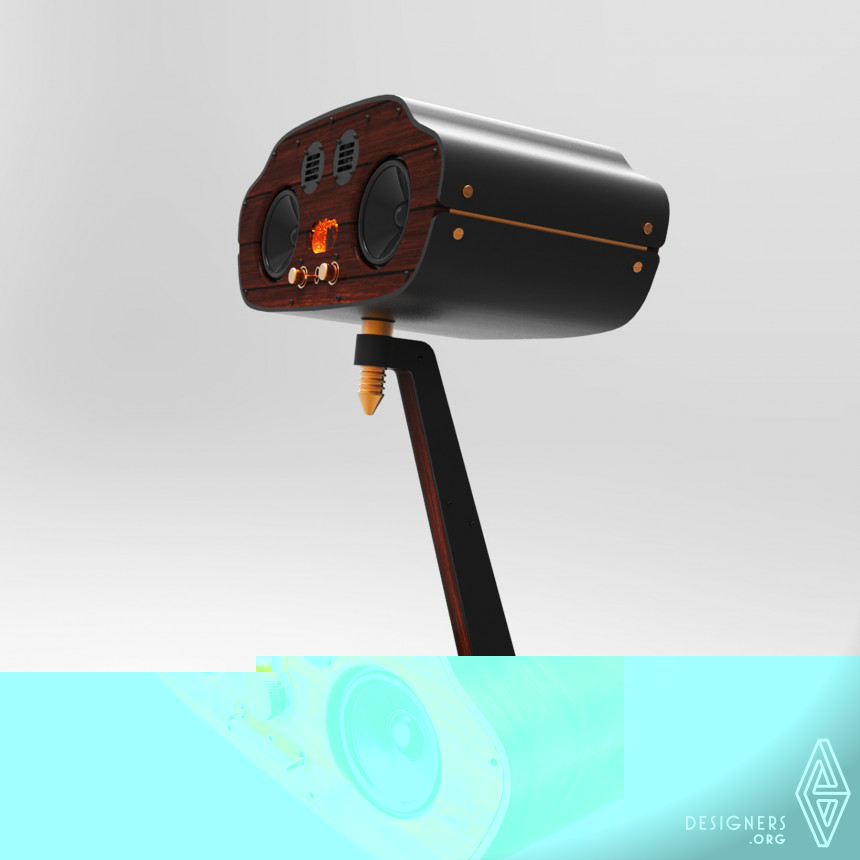 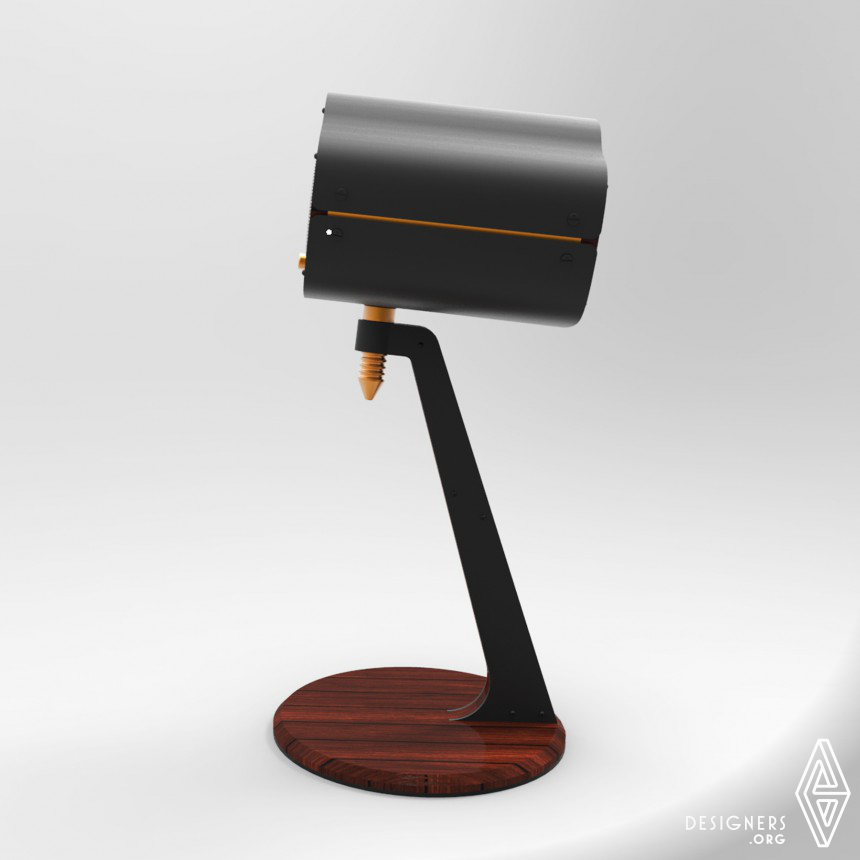