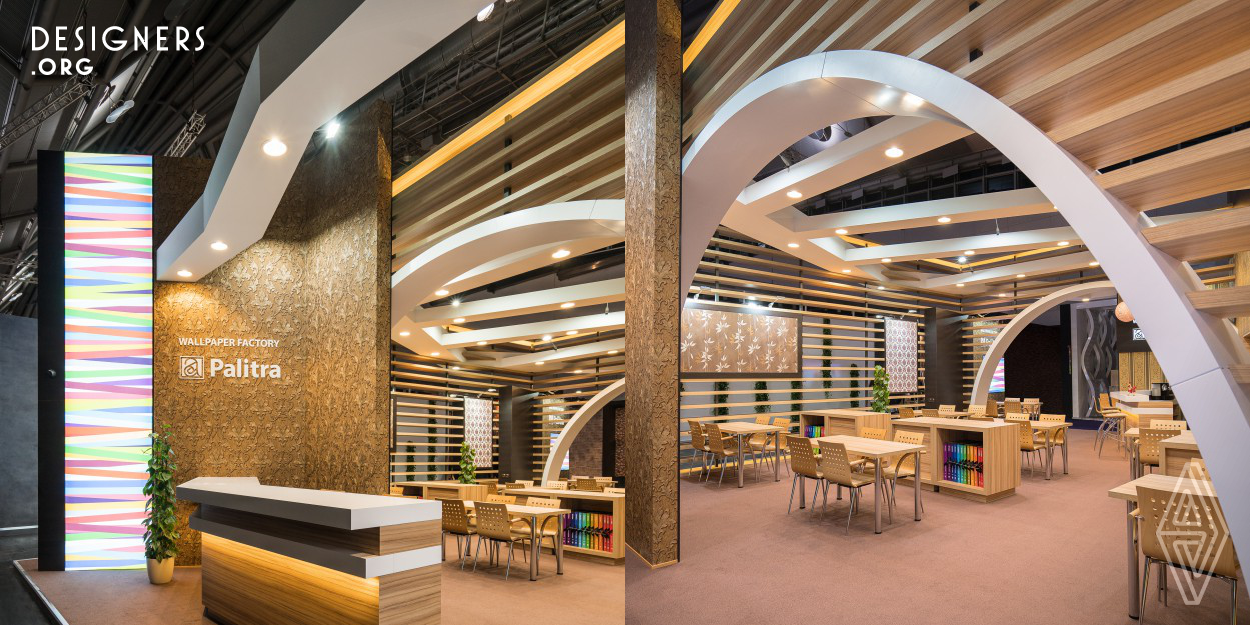 Aesthetic concept of exhibition stand Palitra based on the idea of crossing colored ribbons of the wallpaper. This idea realized in the stand as architectural lines of different types. There were straight lines of the walls, semicircular lines of arches, curved lines of frieze. The concept of the stand Palitra reflect the modern approach to the creation of new architectural environment for exterior and interior. The principle of organization of space in modern interior make open space. There are panoramic windows with jalousie on the perimeter of the house and the supporting walls inside. 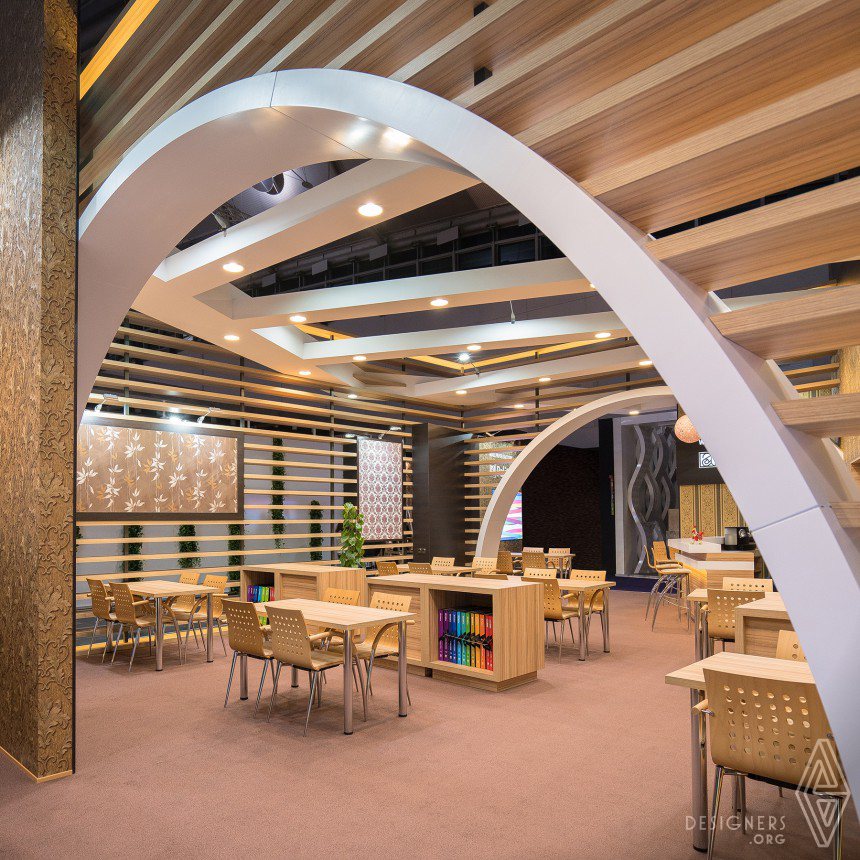 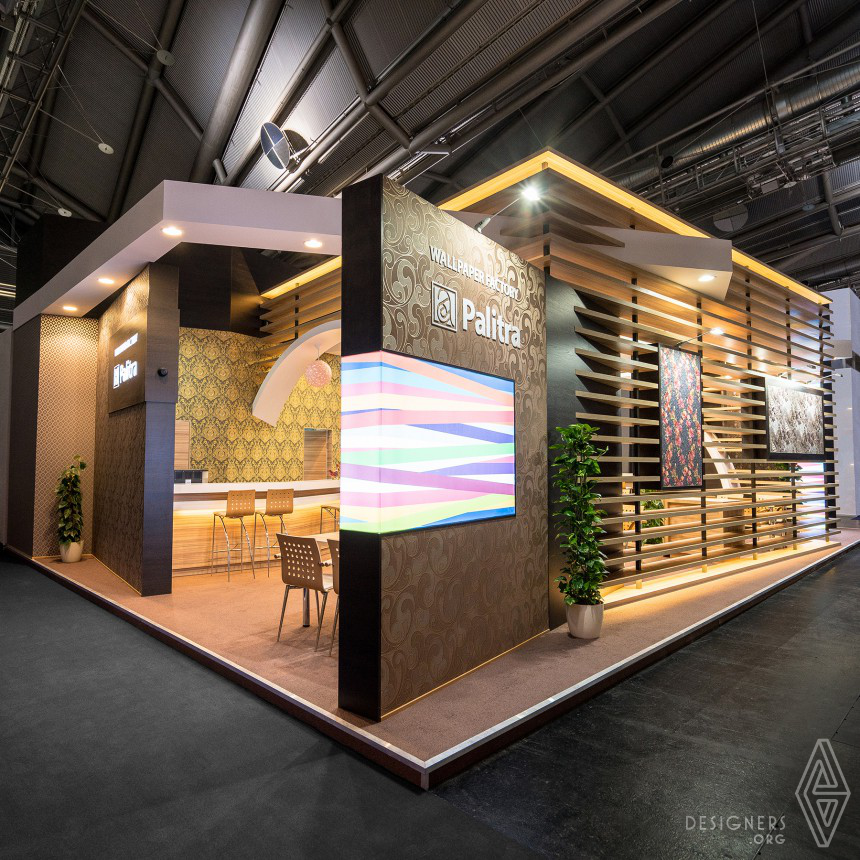 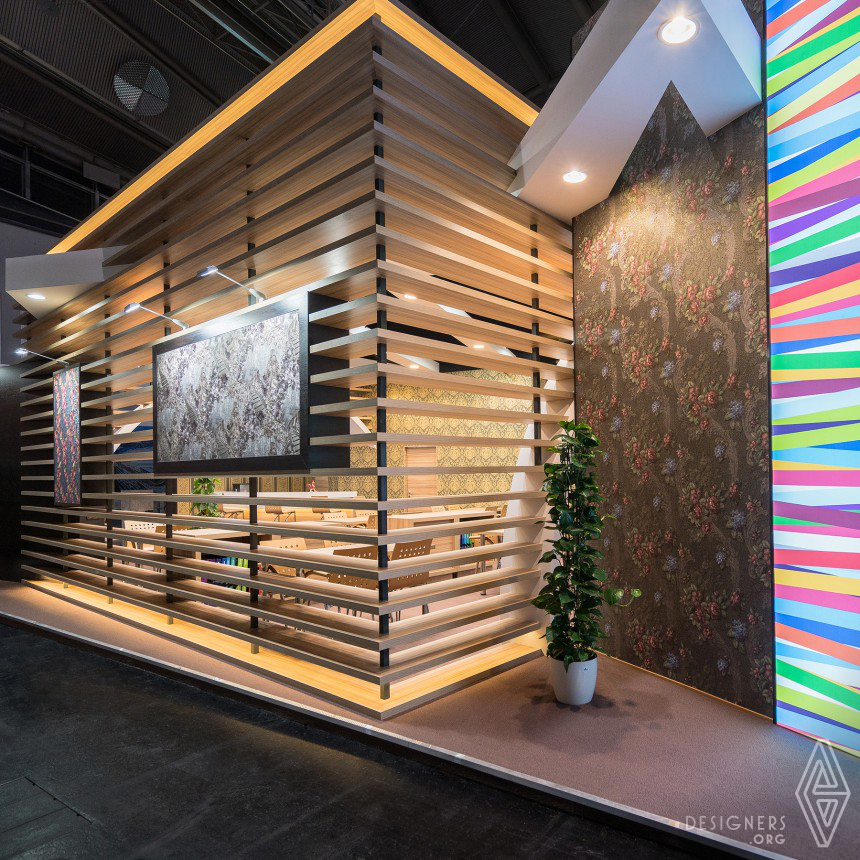 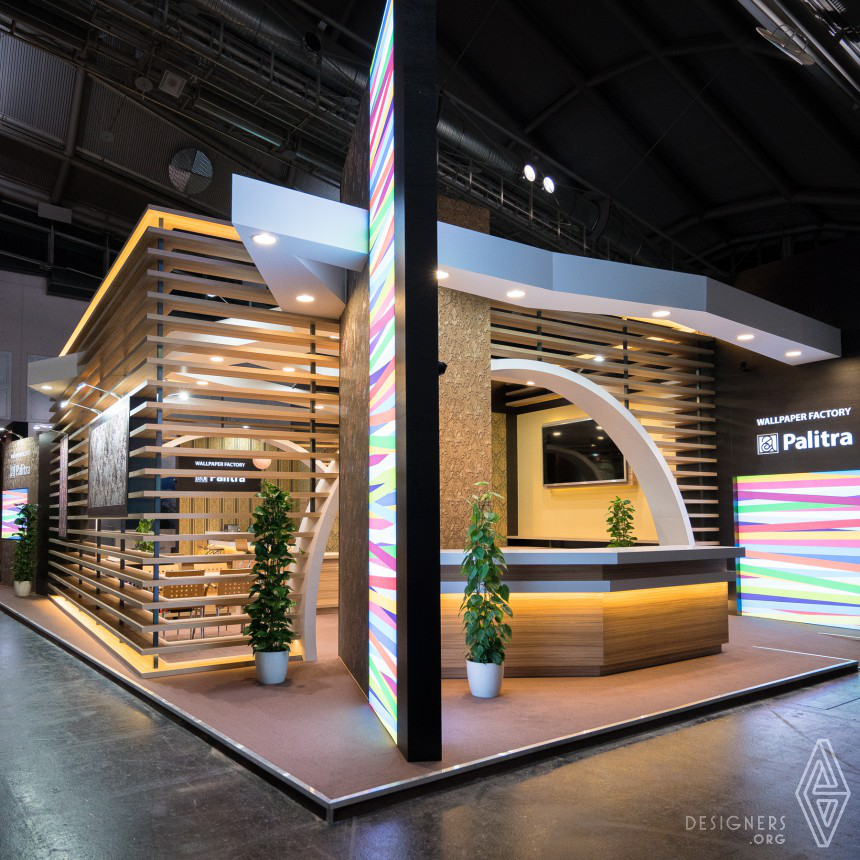 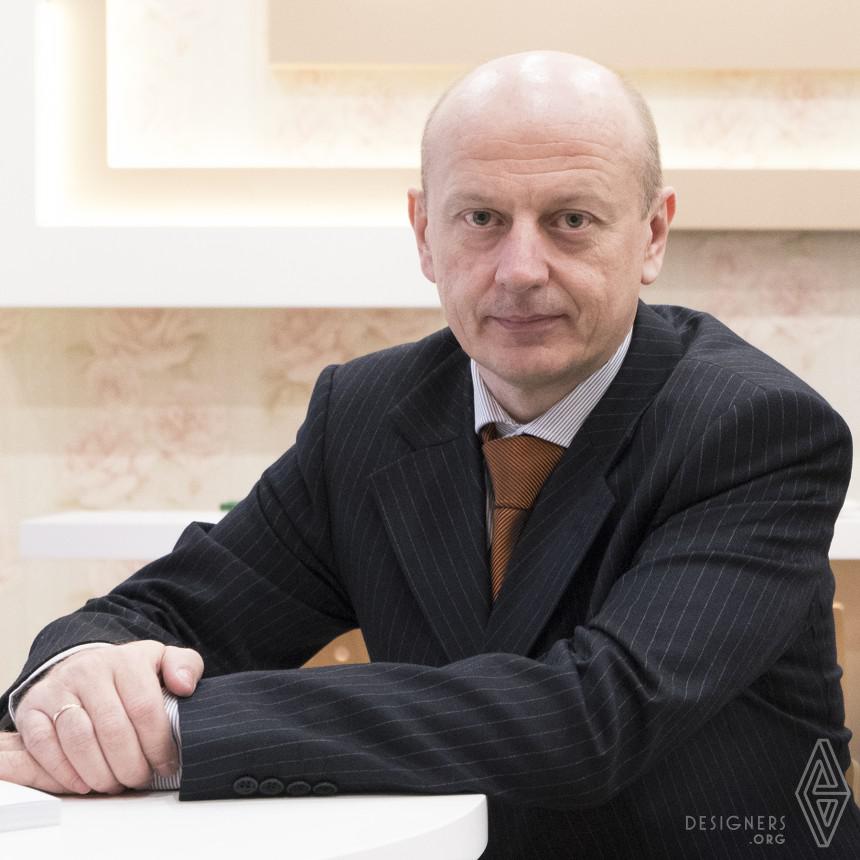 What is the main principle, idea and inspiration behind your design?
The main idea of the aesthetic concept of the stand based on the poster image of the exponent company. It is colored crossing ribbons of the wallpaper. This idea realized in the stand as architectural lines of different types.
What has been your main focus in designing this work? Especially what did you want to achieve?
During designing of this work was very important to create different types of geometric lines and translate them from 2D in to 3D space.
Why did you design this particular concept? Was this design commissioned or did you decide to pursuit an inspiration?
At first there were other ideas of the concept for this project. They were touch upon the standard planning of the stand. When they realized in 3D program, it was not so interesting to see them. One of the planning of the stand was non standard configuration and contain the idea of different geometrical lines. It corresponded to the poster image with color ribbons.
Where there any other designs and/or designers that helped the influence the design of your work?
The ideas of Russian Suprematism influenced to this project. The artists of the suprematic approach to the art suggested that it is possible to express the world by different geometrical forms. Balance of the geometrical forms, the basis of suprematic composition were very important for this designing this work.
Who did you collaborate with for this design? Did you work with people with technical / specialized skills?
During designing of this work I collaborated with architect. It was very important because technically this project was very complicated. For this project it was necessary to calculate the static loads and develop new technology of fastening wood elements of the stand.
What did you learn or how did you improve yourself during the designing of this work?
During the designing of this work I understood that the most important in creating something new to be internally confident that it is possible to do.