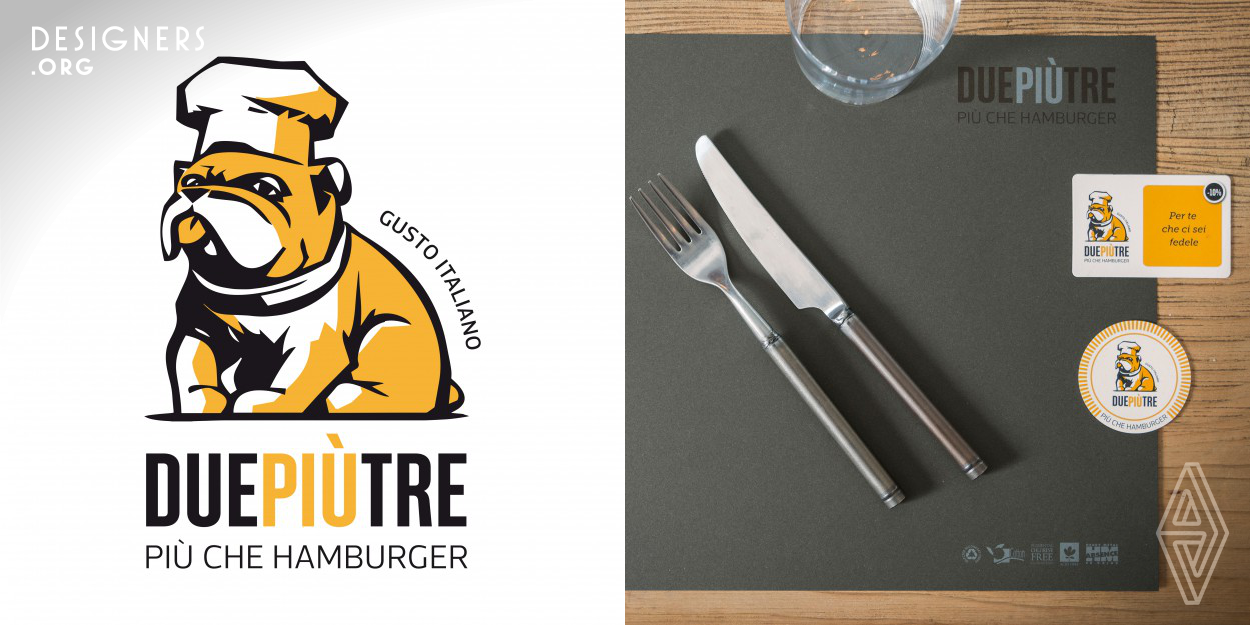 DuePiùTre is a small bistrot offering Not just Hamburgers, but also pastrami and beer can chicken, all revisited with fresh and genuine Italian products. The bulldog was chosen because during the First World War it was the mascot of the United States Navy, and because it is the pet dog of one of the bistrot’s partners. To compensate for the invented name of the place, the design includes a chef’s hat for the bulldog and a pay-off that try to convey the idea of an establishment offering food in a more direct way. 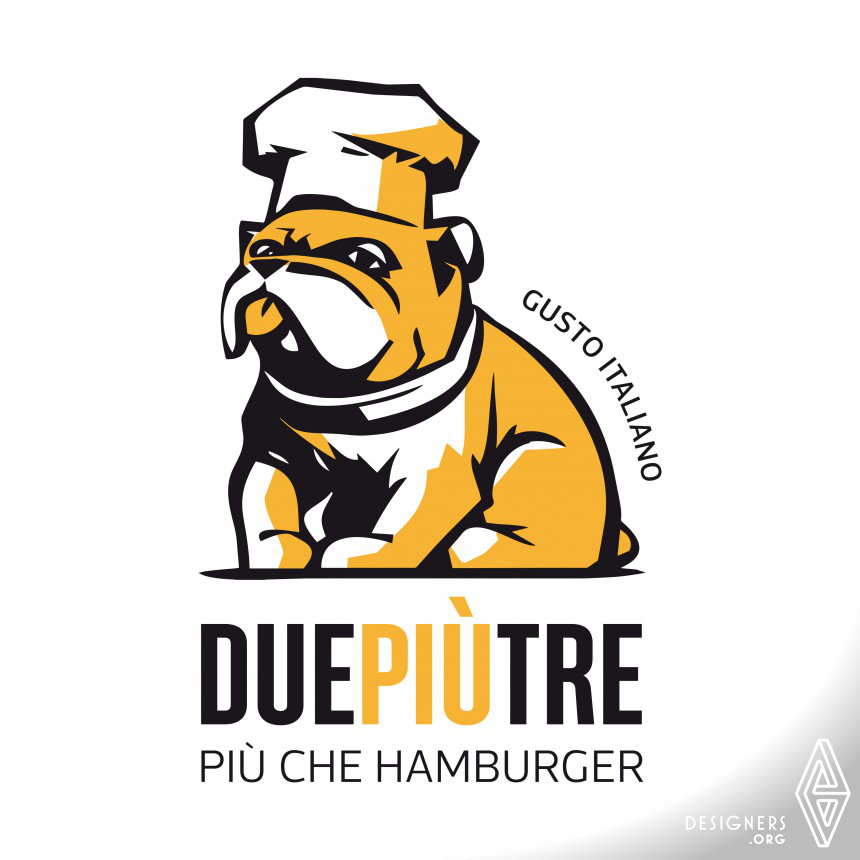 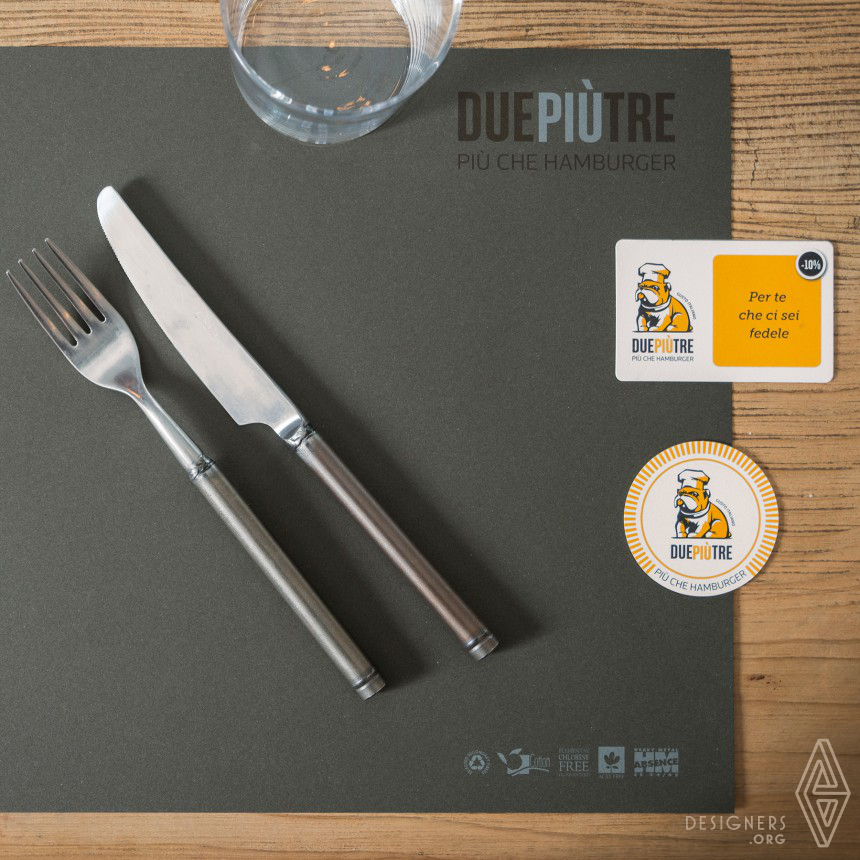 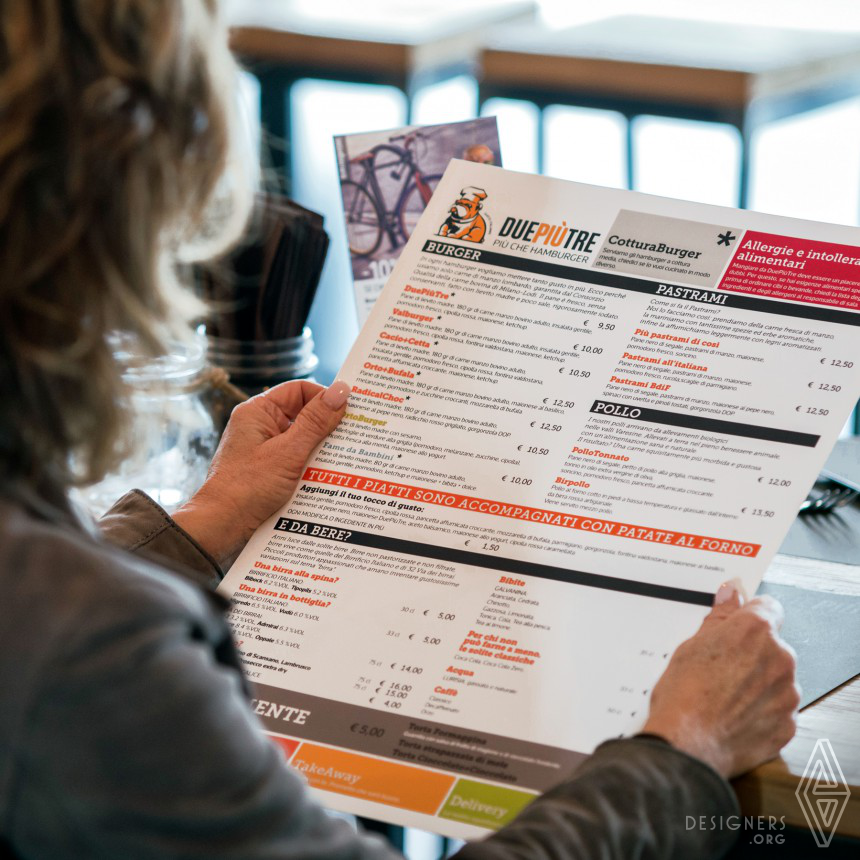 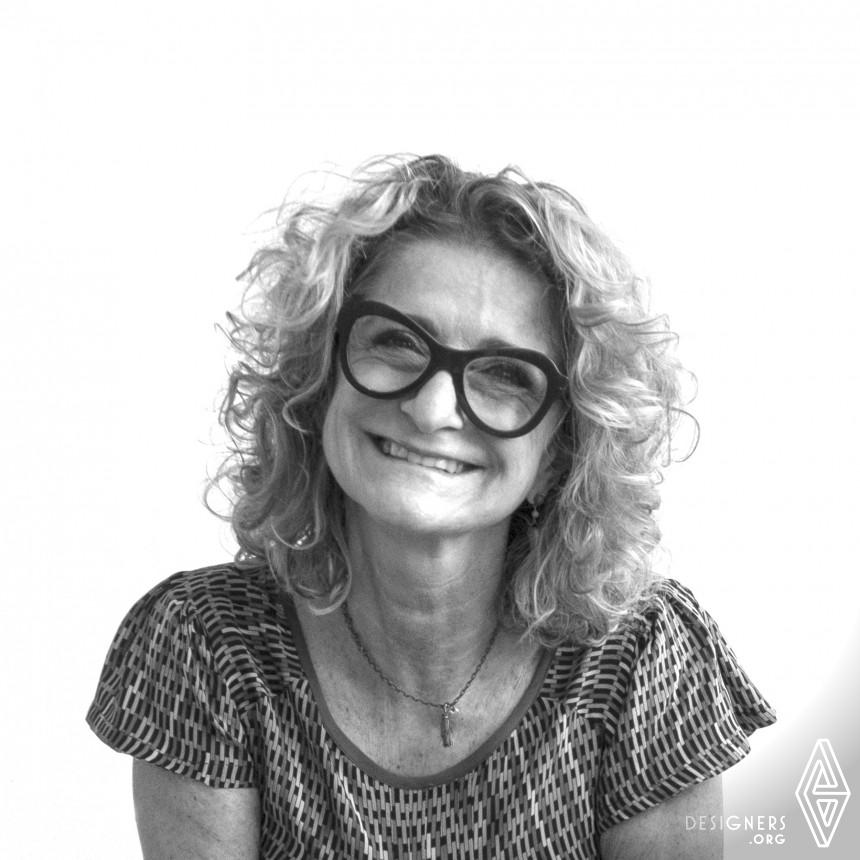