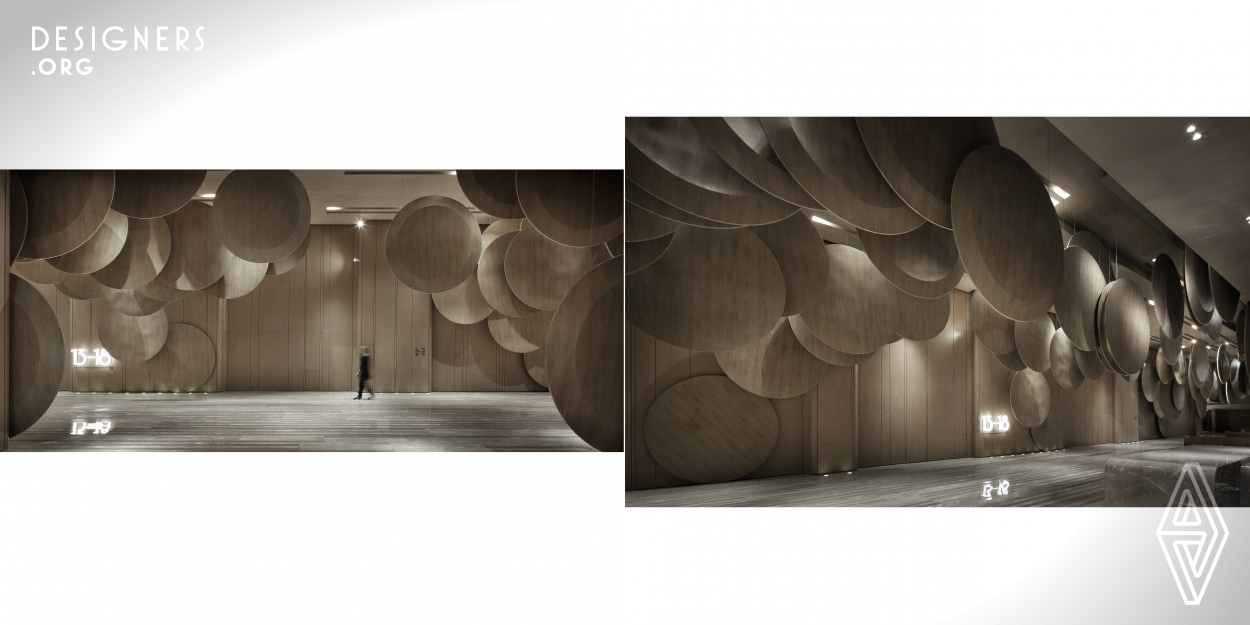 The designers adopted the rotating motion of film reels as the theme of this cinema. Huge round plates with 2.8 meter diameter are arranged across the ceiling to form an enormous ceiling feature. The wood pattern and the lighting effect together create a sense of movement and suspension, resembling film reels frozen in the midst of rotation. In the auditorium, ceiling and walls are covered with small brown discs made from sound absorbing panels, as if film reels flying towards the audience. 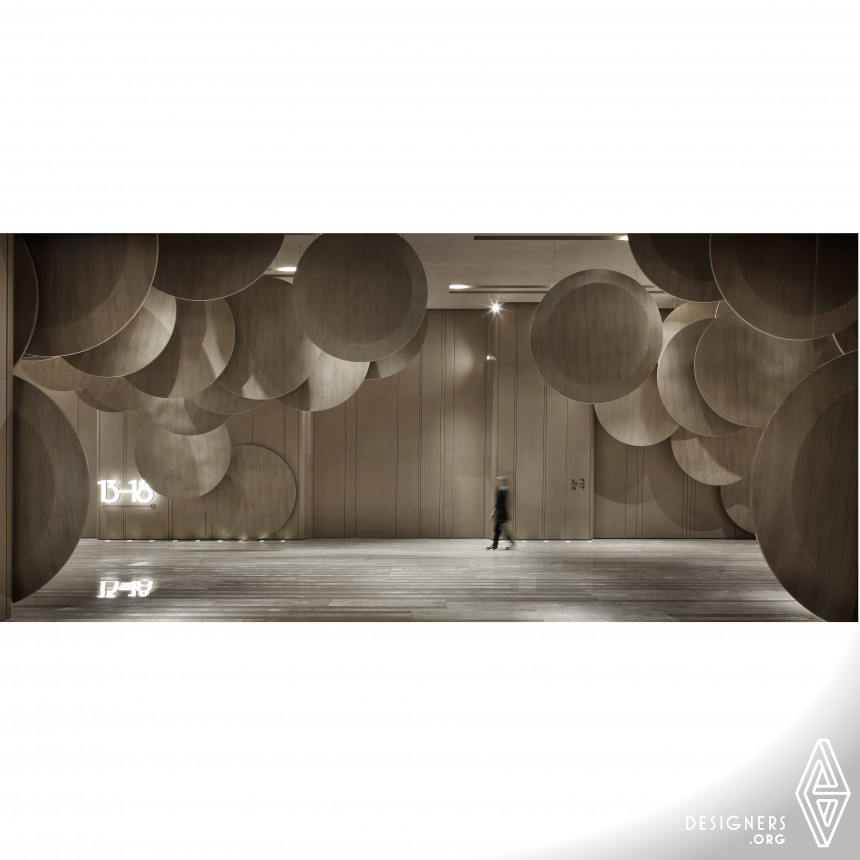 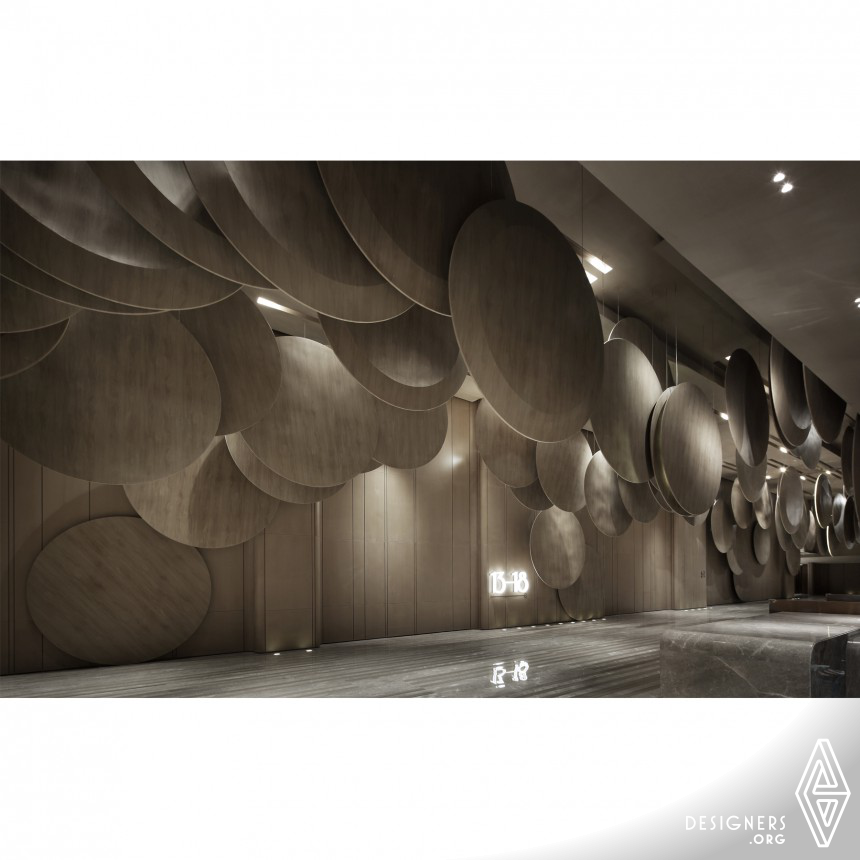 Great Design by One Plus Partnership Limited 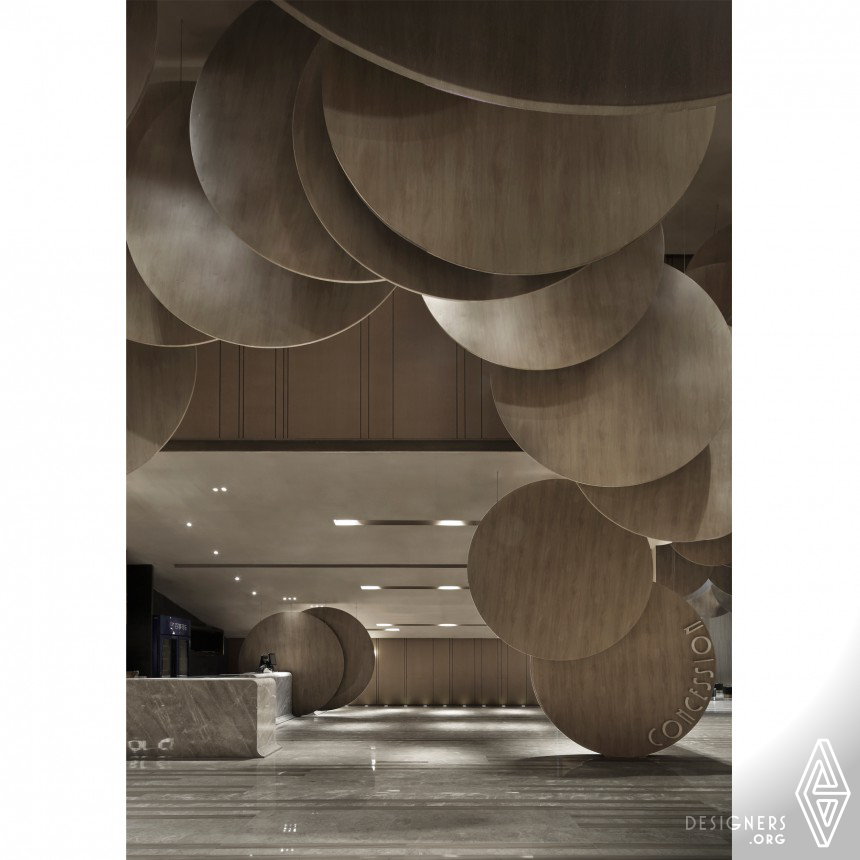 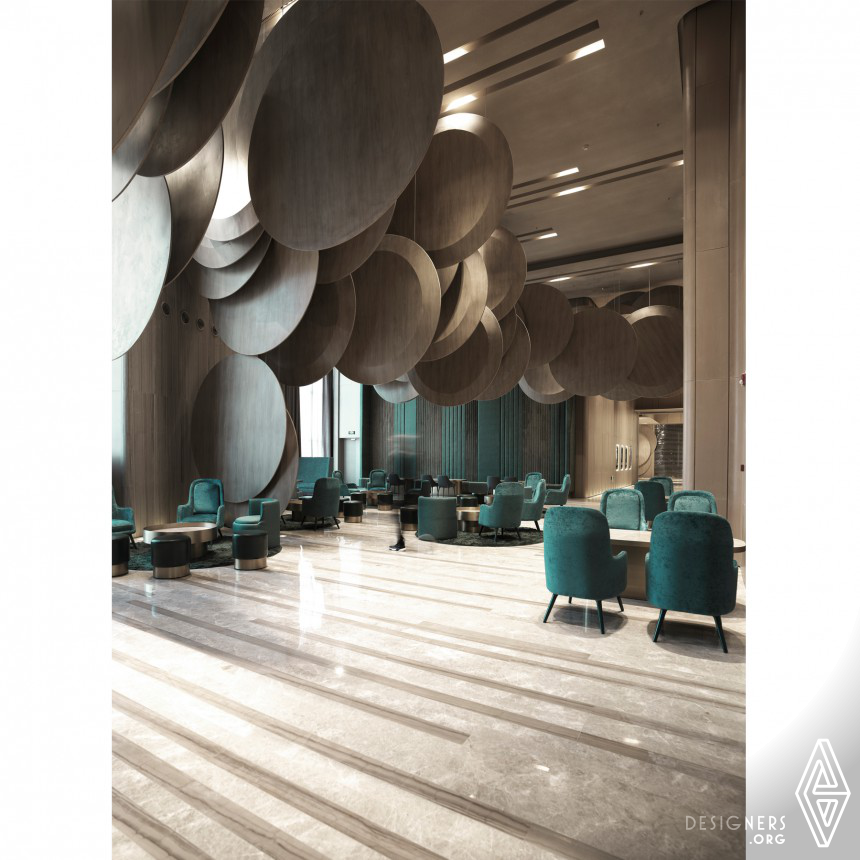 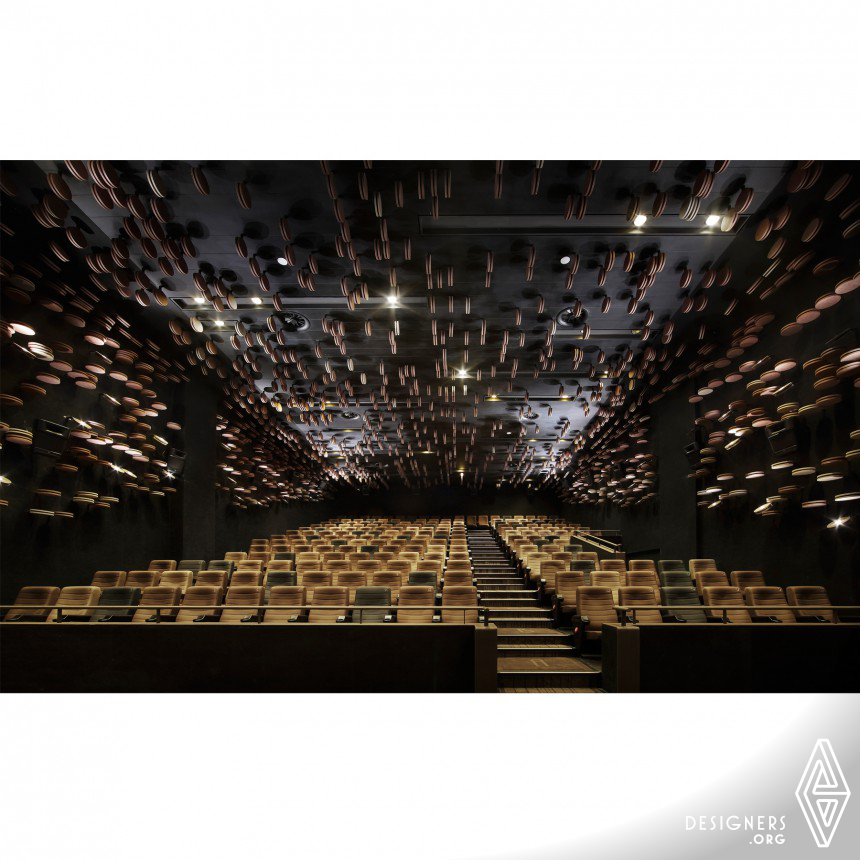