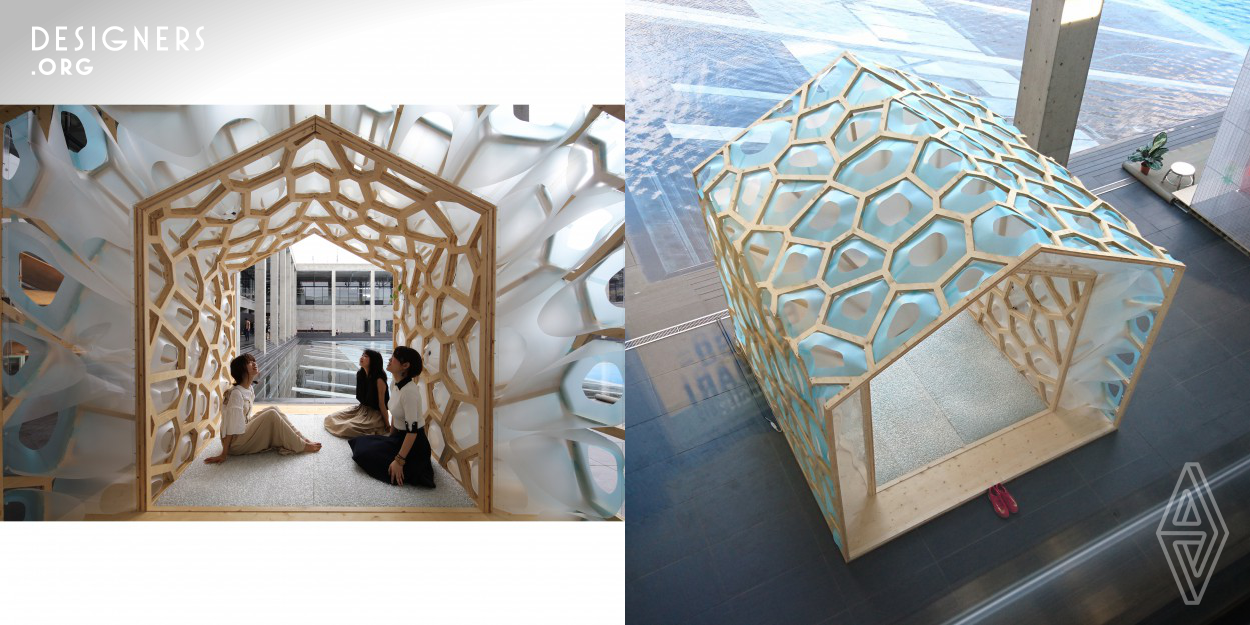 This is a temporary Japanese tearoom exhibited in Echigo-tsumari Art Triennale 2018 and has a nested structure with two-tatami space embedded in ten foot square. In this exhibition, architects were asked to respond to the theme of how to overcome the concept of homogeneous space that was dominant in the 20th century. The skeleton was designed using the random pattern which was called Voronoi Division to distort homogeneous space. And it was proposed that the architecture with a large number of holes what could be opened and closed as needed to communicate with the outside like a living thing. 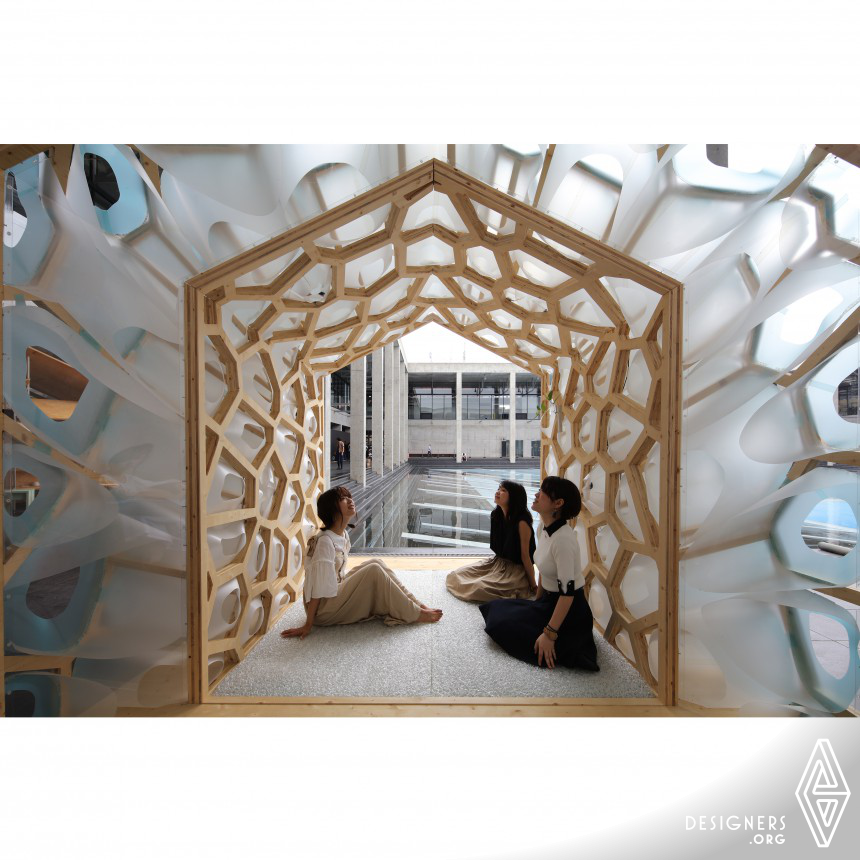 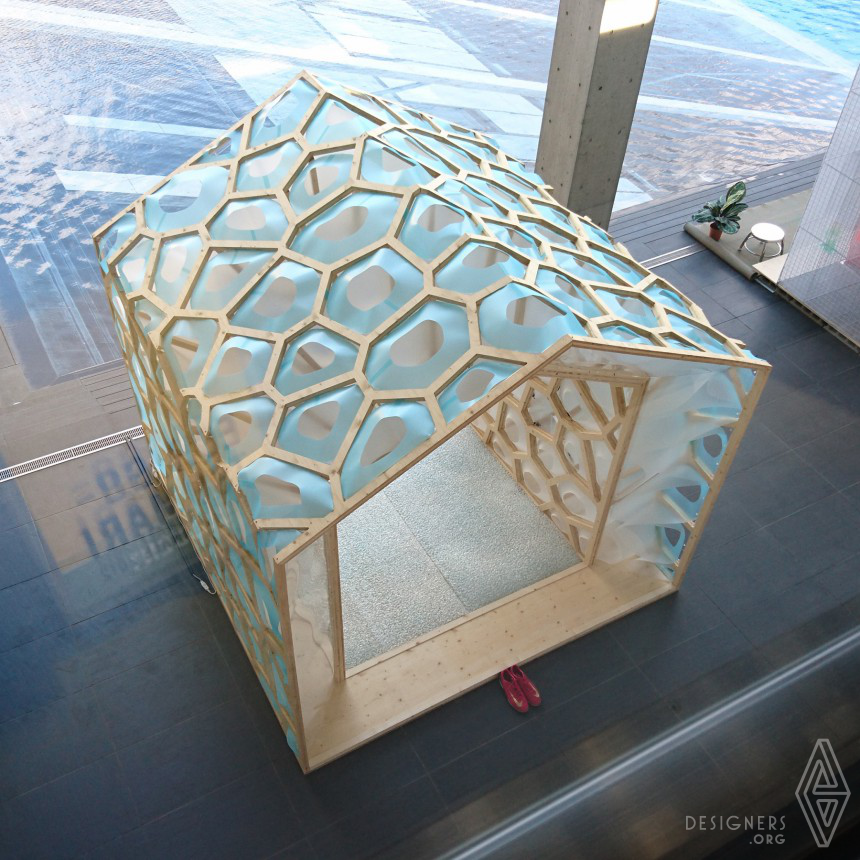 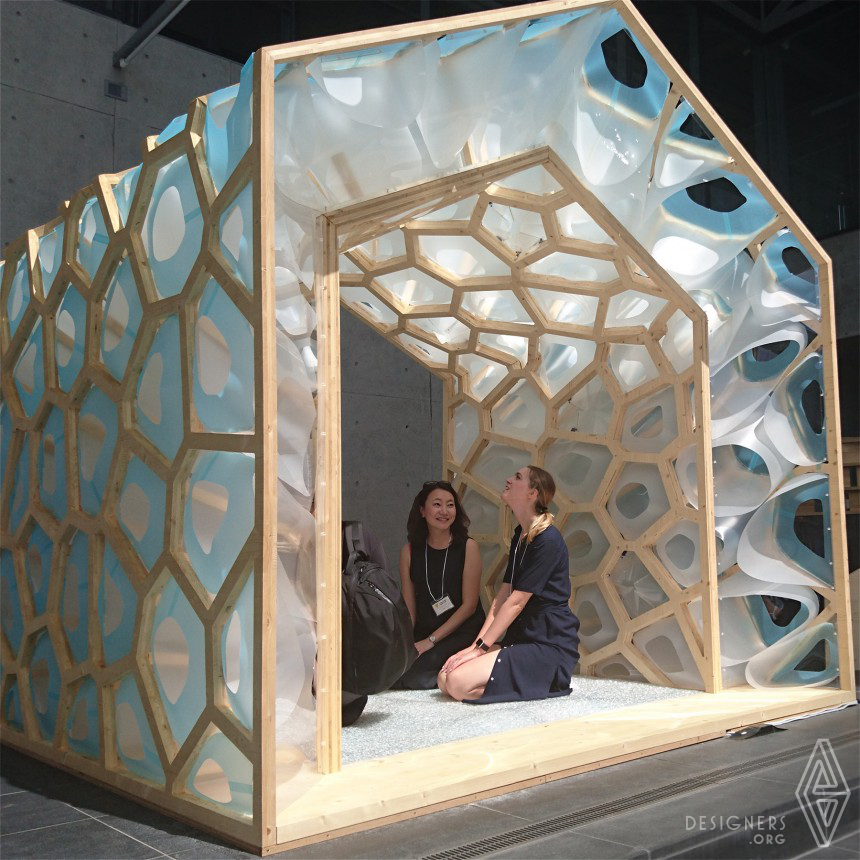 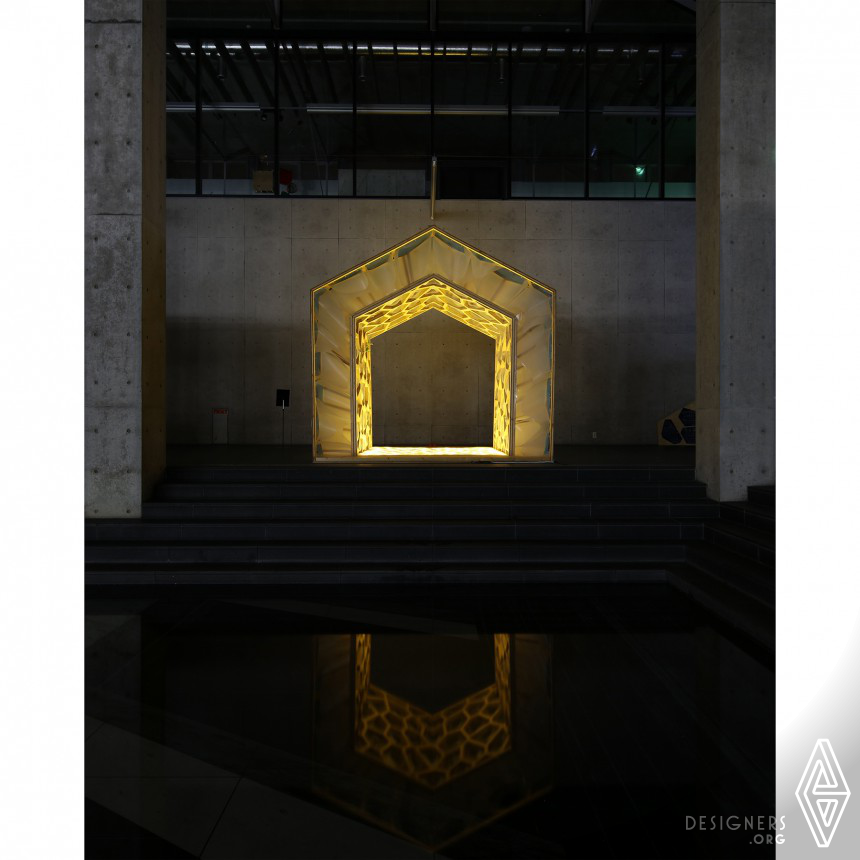