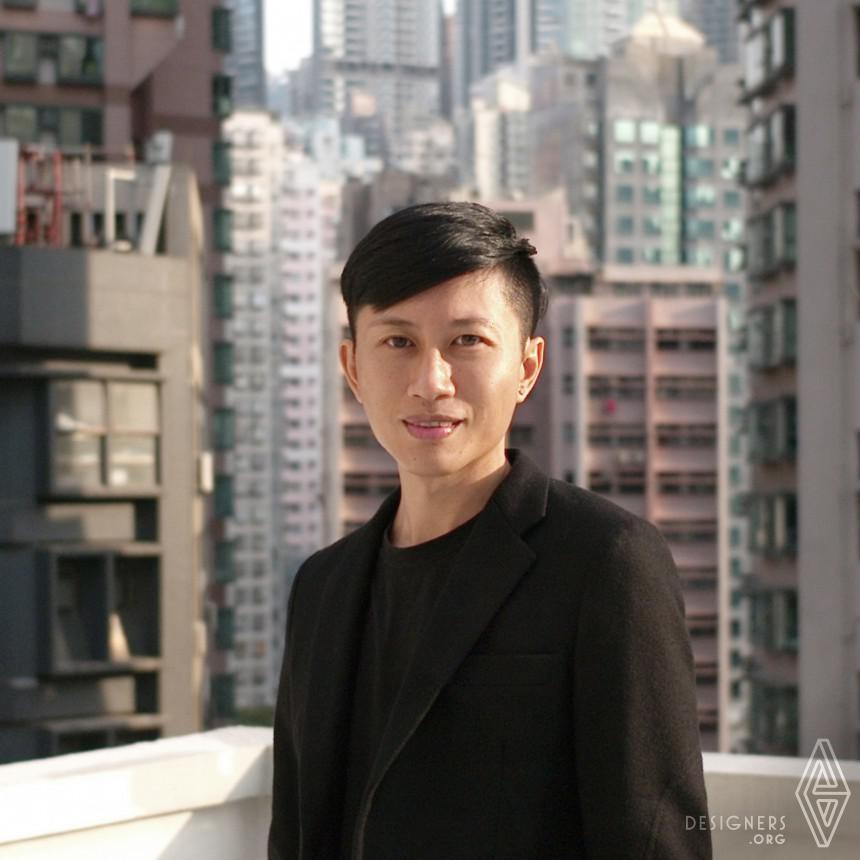 Every great thing begins with dreamers; we utilise our strength, passion and profession to reach for our dreams. daydreamers design is a young international award-winning architectural firm based in Hong Kong possess a vision that is characterised by articulating creative and alternative solutions to the complex social challenges today. 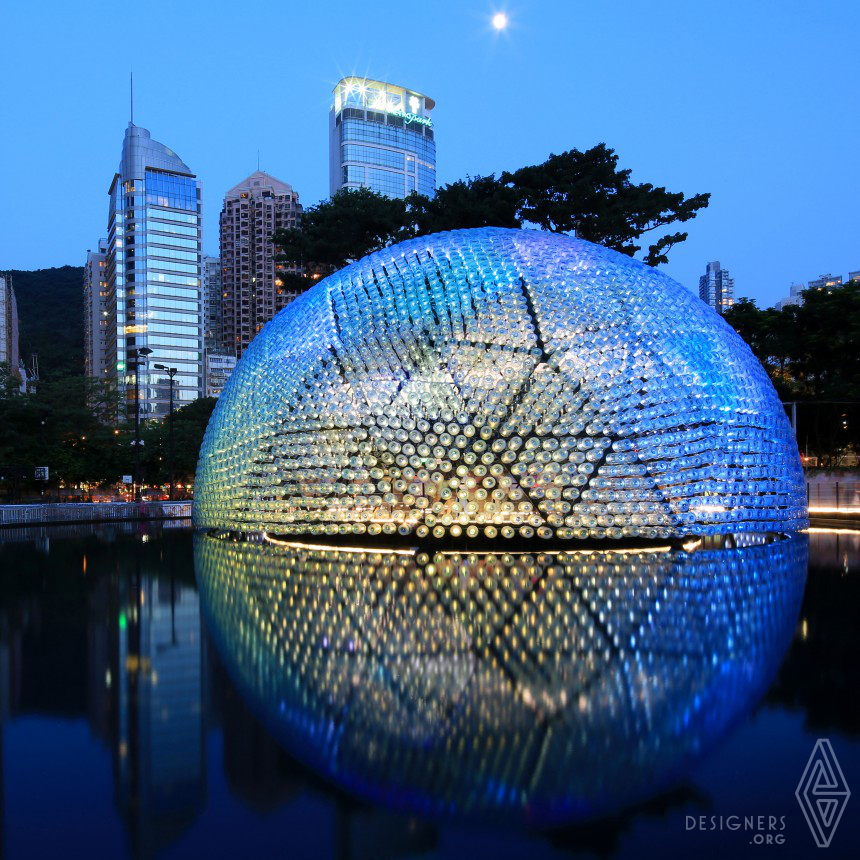 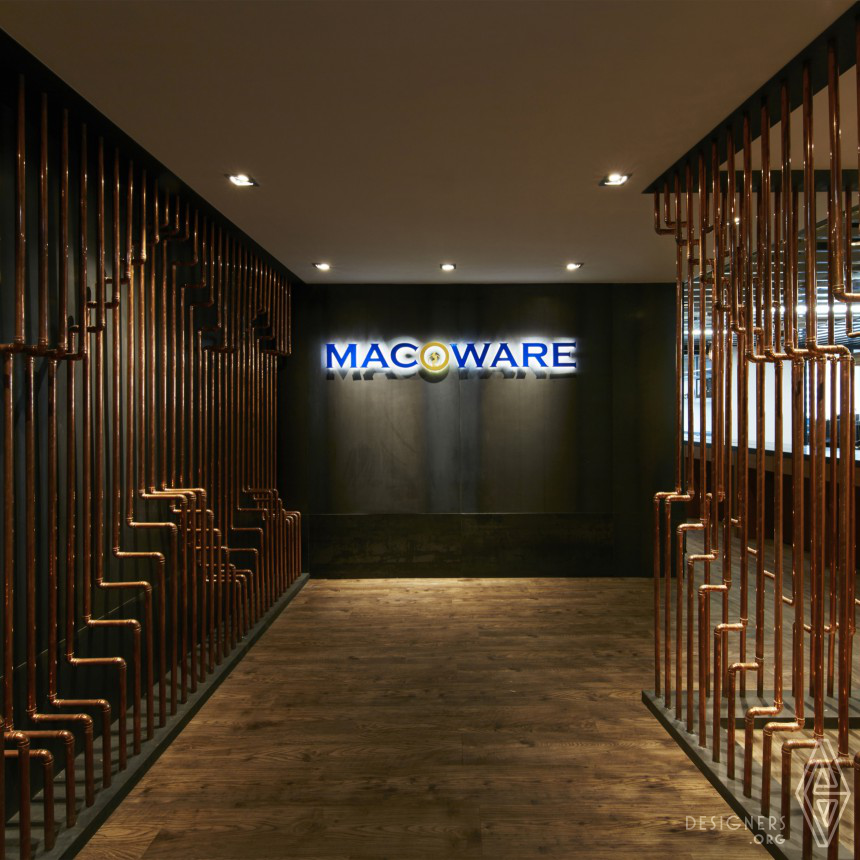 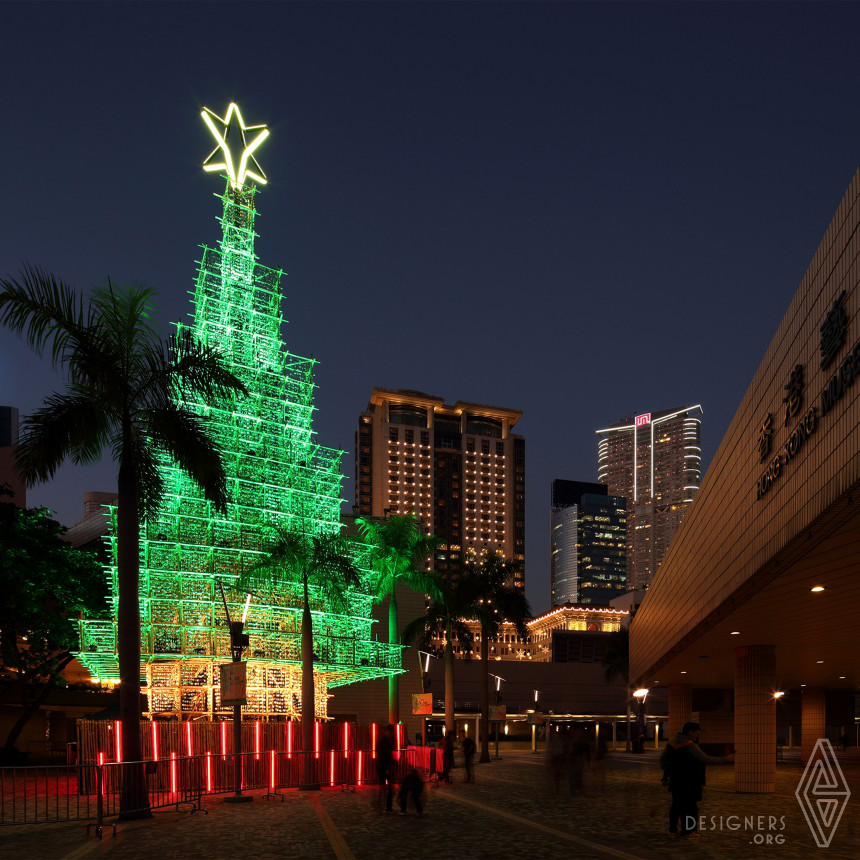 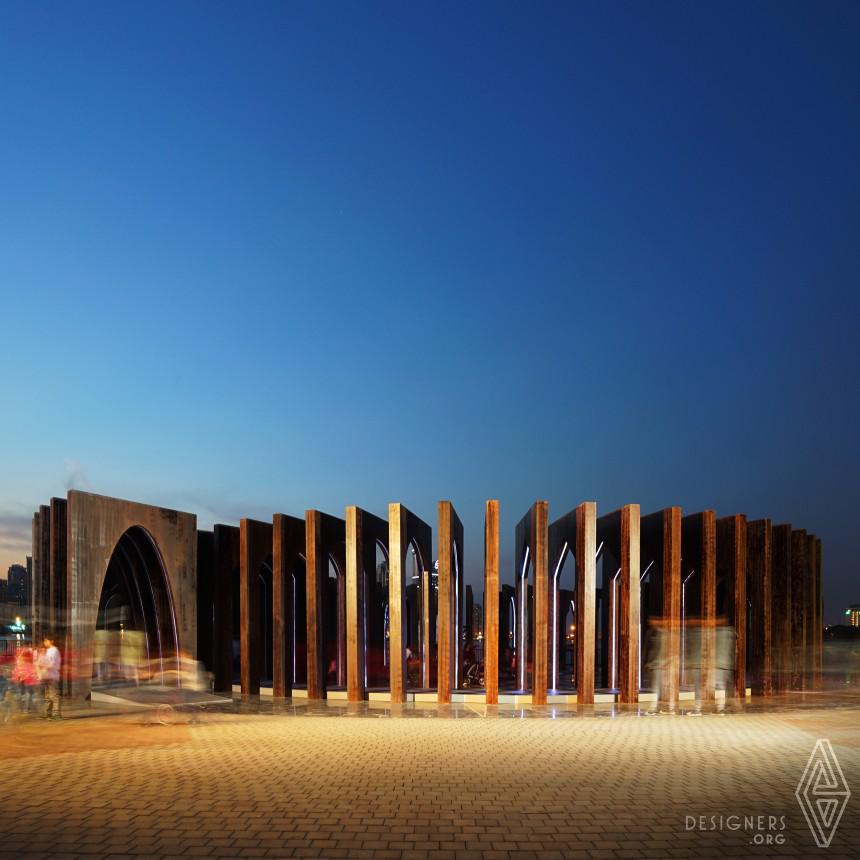 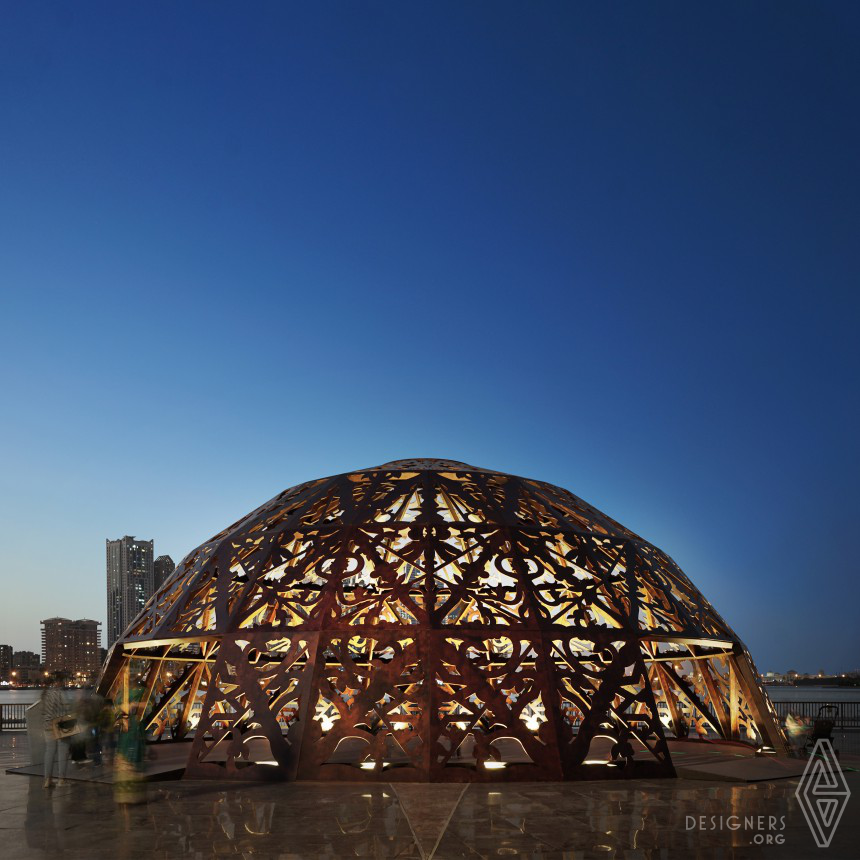 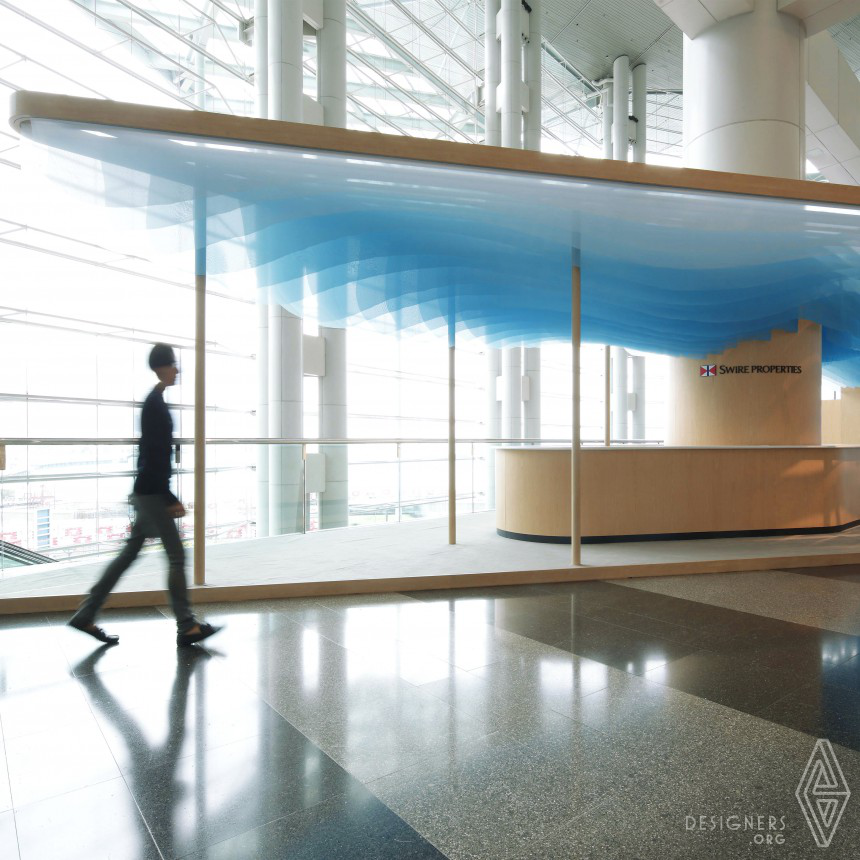 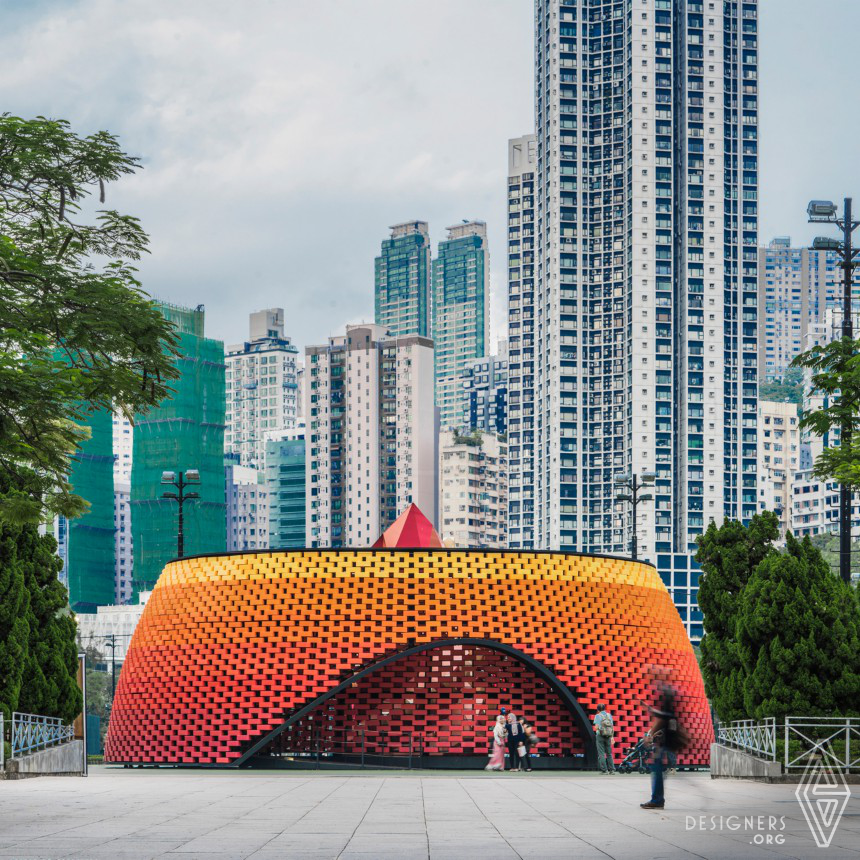 Could you please tell us about your experience as a designer, artist, architect or creator?
I am working in the industry over a decade. I grow up and graduated from UNITEC, New Zealand. After my graduation, I come back to Hong Kong and develop my career. I worked in some prestige architectural firms to hover experience, practice my skills and strengthen my creative and critical thinking. Via participating the Lantern Wonderland Design Competition organised by Hong Kong Tourism Board, it encouraged and inspired me to establish my own firm with my friends and partners.
How did you become a designer?
Since my childhood, I developed an enthusiastic to art and architecture. When I come to a point in choosing my major in college, I designed to learn architecture as it is the most complicated art and design, which evoked my passion to challenge it. To be an architect come naturally to me. My interest in art and design equipped me with a creative mind to generate unique ideas and realise it.
What are your priorities, technique and style when designing?
Research would be the most important part of the design process. Via extensive research we can ensure our design is not just a form, it is a structure with creativity, story and message which evoked people to think.
Which emotions do you feel when designing?
In the entire design process, I can always feel the adrenaline pumping up to encourage me to challenge and conquer the brief and clients' expectation.
What particular aspects of your background shaped you as a designer?
I think it is the curiosity I born with. I have a natural interest to find answers to everything. Exploring different aspects of knowledge and understanding and comprehend what confused me. I found reading books is the best way.
What is your growth path? What are your future plans? What is your dream design project?
From the beginning, till present and future, participate competition and gain the chance to build is the sole plan we have. The sense of achievement, exploring, experiencing and executing our design philosophy via various challenges is the way we grow and the means we surpass ourselves.
What are your advices to designers who are at the beginning of their career?
As a designer, you must love what you do. It needs time to build up your character. Experience and time is the key to cultivate a good design. When the time comes you will seize it with your profound experience from life and works, then you will achieve your goal in a blink.
You are truly successful as a designer, what do you suggest to fellow designers, artists and architects?
You have to design from your heart. Be empathetic and comprehend your brief, design the best for your users. Dig deep and make sure you consider all aspects, then your design will fill with your characters and enjoy the happiness in the process and sense of achievement.
What is your day to day look like?
I have an ordinary life. Taking care of my studio, design, my kids and family.
How do you keep up with latest design trends? To what extent do design trends matter?
I did not intentionally keep up. We focus on doing a right design for the right context. When we considered all aspects of the design, then it becomes the trend.
How do you know if a product or project is well designed? How do you define good design?
From an architect point of view, a good architectural design should be able to bring joy to the users. The smile when they use or experience the architecture is a sign of a good design.
How do you decide if your design is ready?
I never decide on this. Every minute we have new ideas comes up and it makes the design better.
What is your biggest design work?
Rising Moon is the biggest. As it is our first project which has an influence on everything around me. It is a milestone when it won the Lantern Wonderland Design Competition organised by Hong Kong Tourism Board and received the Platinum awards of A'Design Awards.
Who is your favourite designer?
My favourite architect is Carlos Scarpa. His creativity and ability in translate the history, culture and arts to architecture are unique and one of a kind.
Would you tell us a bit about your lifestyle and culture?
I am an architect, art collector and educator. I fond of art and architecture, I collect contemporary art for over 10 years. I love to travel over the world to see art and architecture for inspiration. We have projects in Hong Kong, Australia, China, Italy, Macau, Malaysia, Taiwan and UAE, which is exciting and meaningful to exploring the world with our design.
Would you tell us more about your work culture and business philosophy?
We utilise our strength, passion and profession to reach for our dreams. We have a vision that is characterised by articulating creative and alternative solutions to the complex social challenges today.
What are your philanthropic contributions to society as a designer, artist and architect?
As an architect, I contribute my professional knowledge to the society, not only design for the community but also actively participate in volunteer and educational work. For instances, being the Chairman of Hong Kong Institute of Architects Community Development Committee and Young Architect Awards and teaching in Architecture Department of Chu Hai Higher Education College.
What positive experiences you had when you attend the A’ Design Award?
In 2014, Rising Moon received the Platinum Awards of A'Design Awards. We joined the awards ceremony, which gave us a wonderful opportunity to meet designers from all over the worlds, our friends from China and Japan, some new faces from America and Europe. We connected with designers in various disciplines and via the development of social media and communication method, we keep in touch and updating each other. It is an unforgettable experience and expanded our network.