Moriyuki Ochiai Architects performed the design for a nursery school. Deliverables included an environment suitable to the school's educational policy, namely, bringing up children both physically and mentally that can think, learn and act on their own initiative. Thus, They set out to create a space that would promote a variety of uses and encourage children to come up with their own games as they would do in nature by recreating geographical features inspired by nature’s most beautiful assets; its colors and lakes. 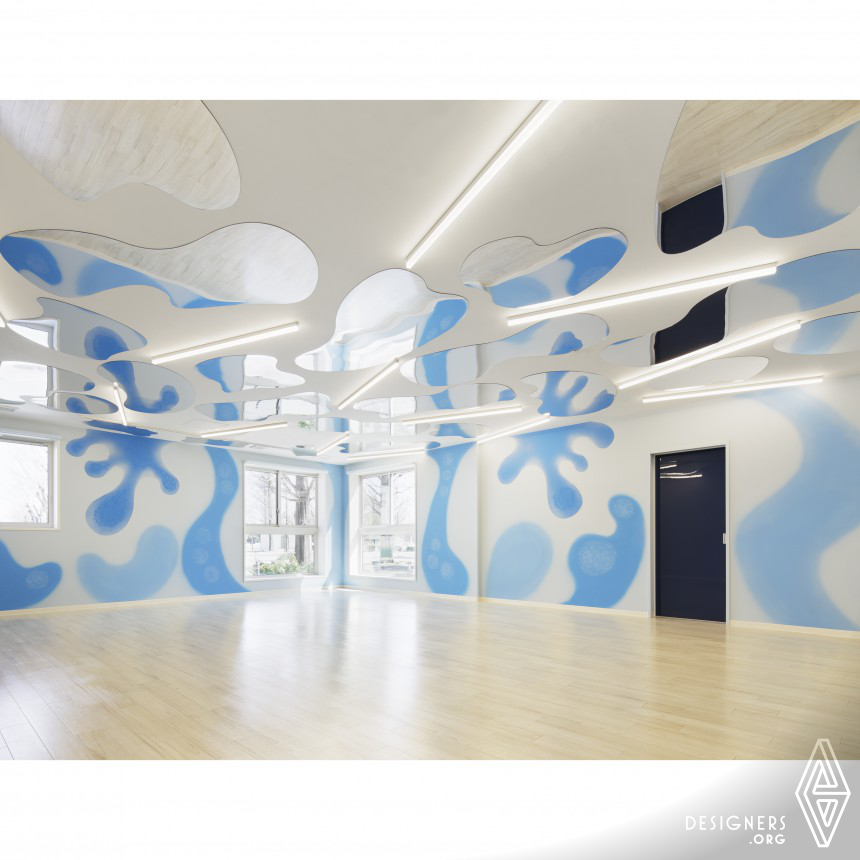 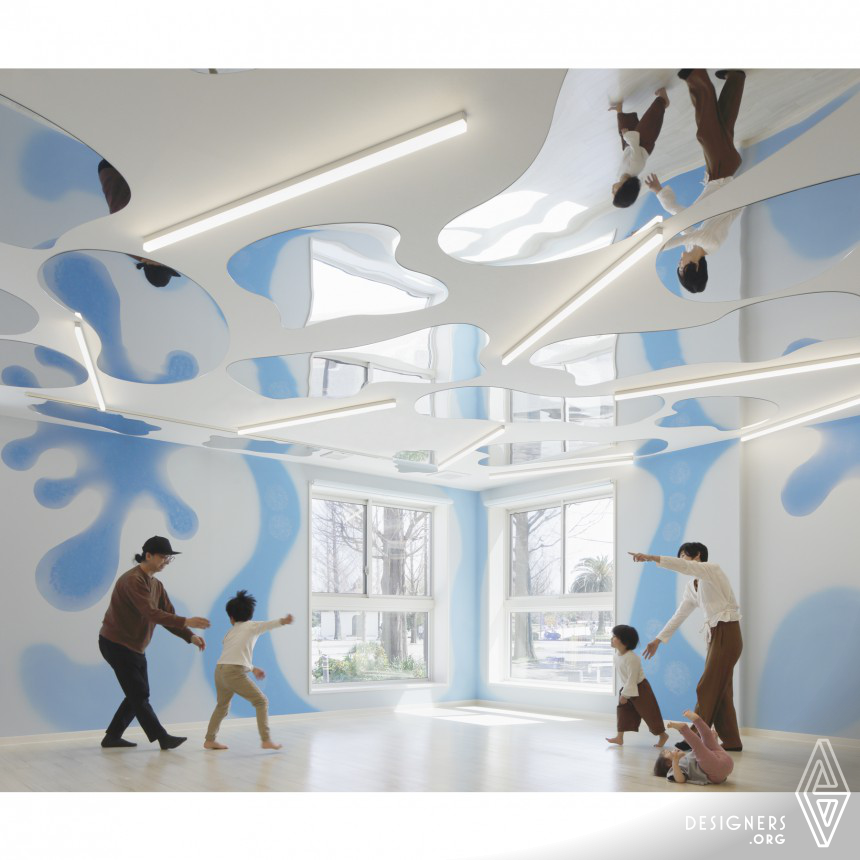 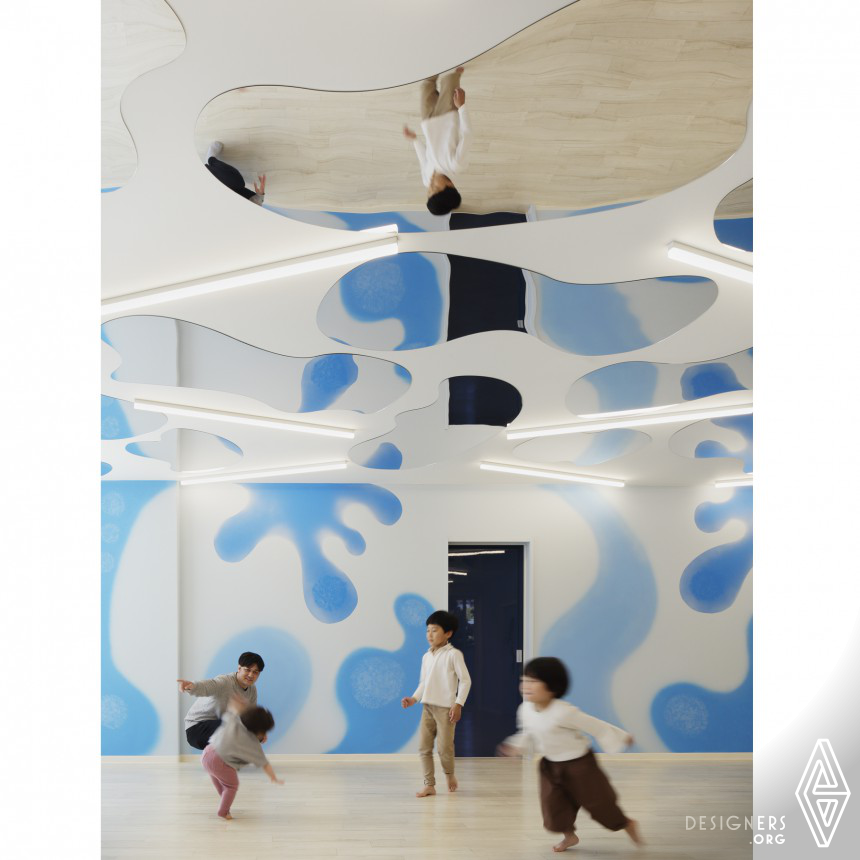 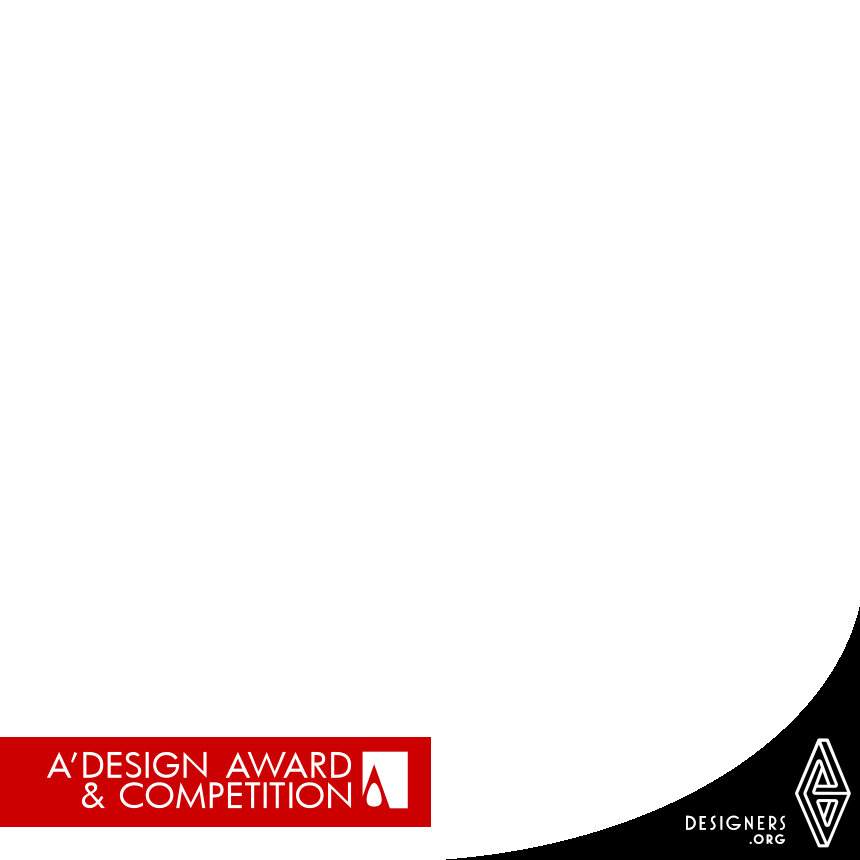 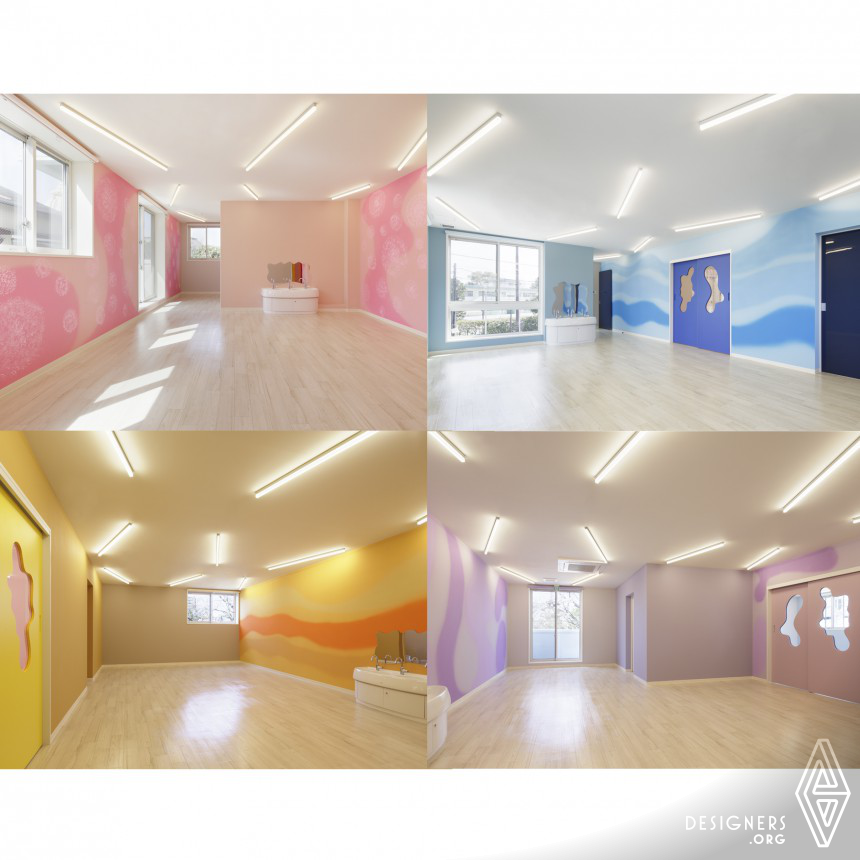