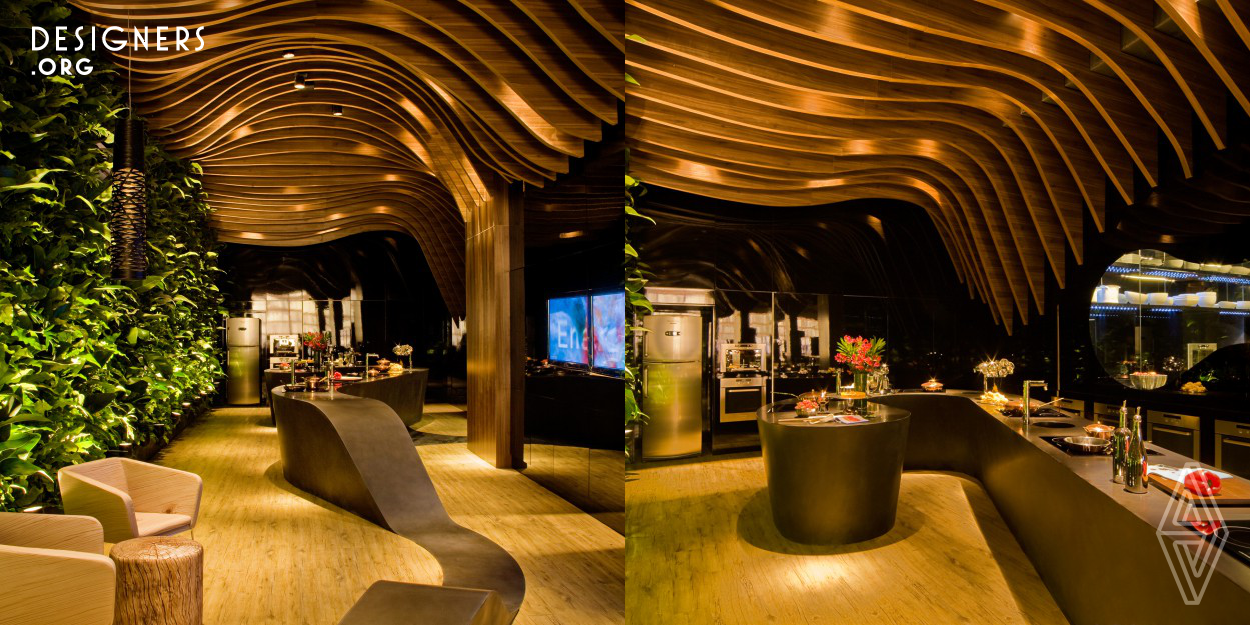 Project conceived for the 2009 Boa Mesa Exhibit, On a 194 square meter area, Fernanda presented a very peculiar version of the contemporary kitchen: one of the most sought after spaces in the show. The wooden ceiling, made of sheets is remarkably organic and is the great highlight of the project. The sculpture-like deck, developed by Corian Dupont.It draws attention for its sinuous shape and for its multifunction quality: presenting itself at times as work bench for the chef, at other times as a bench, and at other times as a bar, until it is finally incorporated to the wooden ceiling. 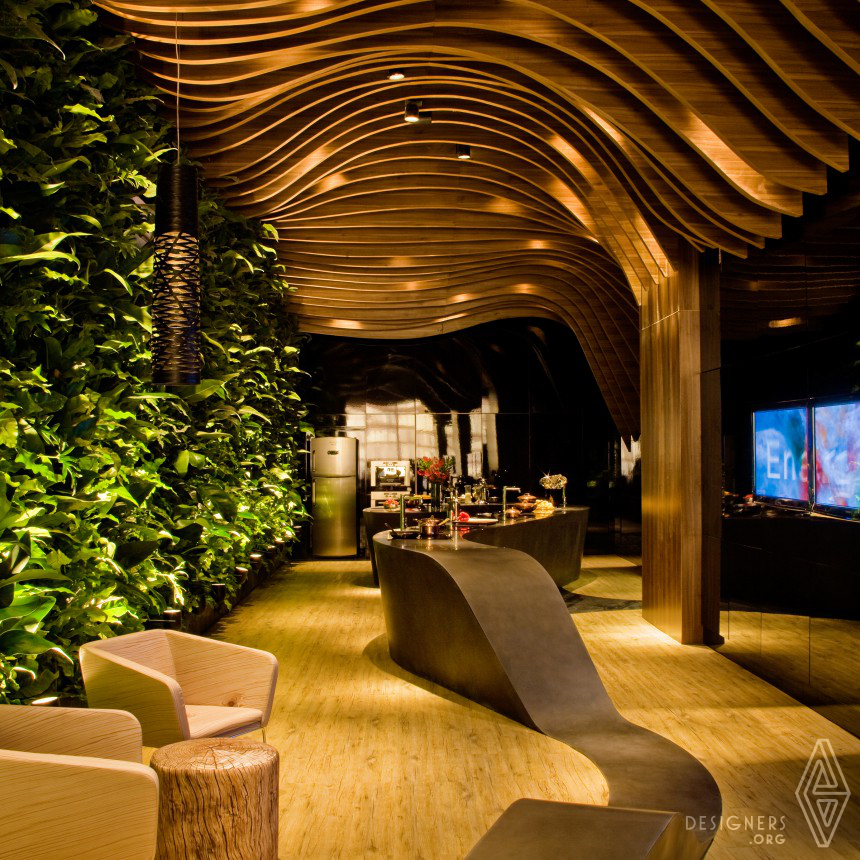 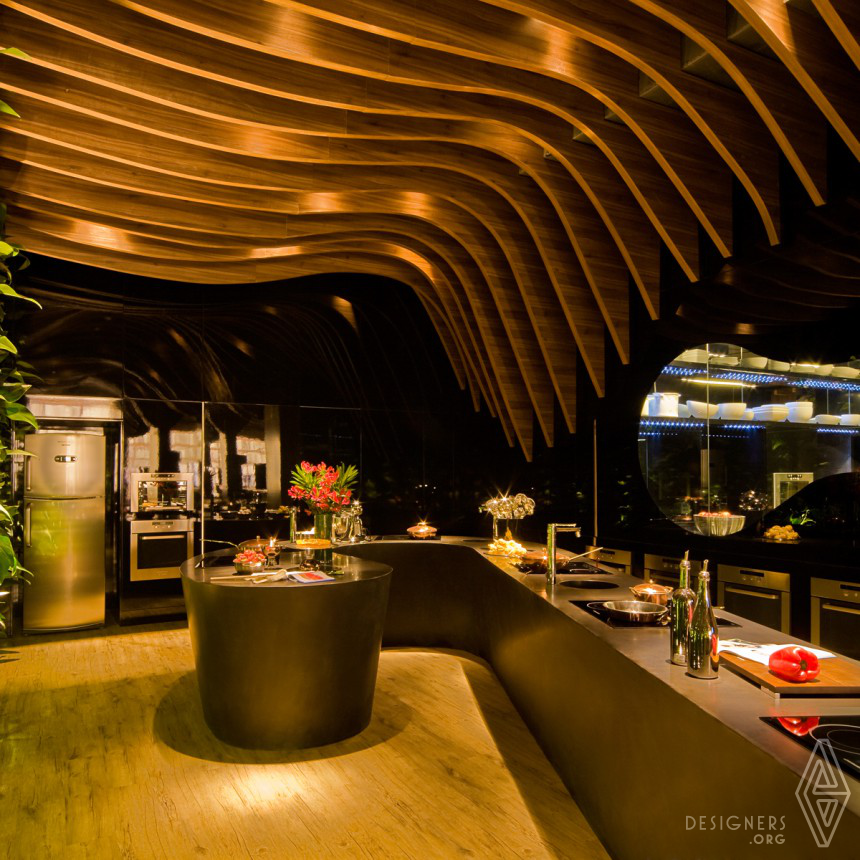 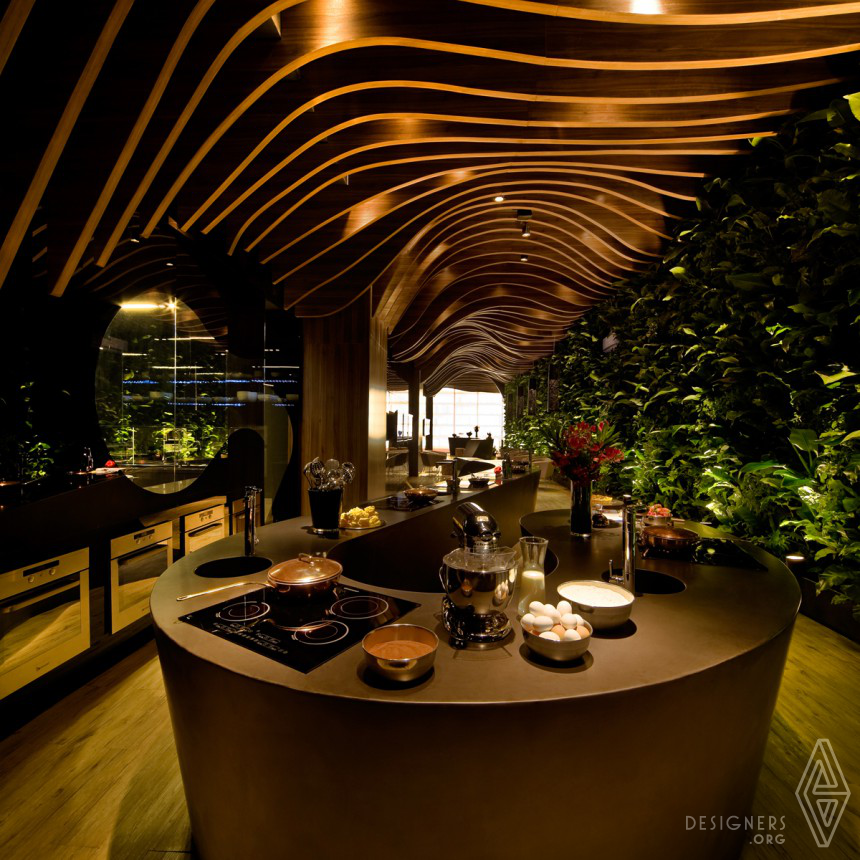 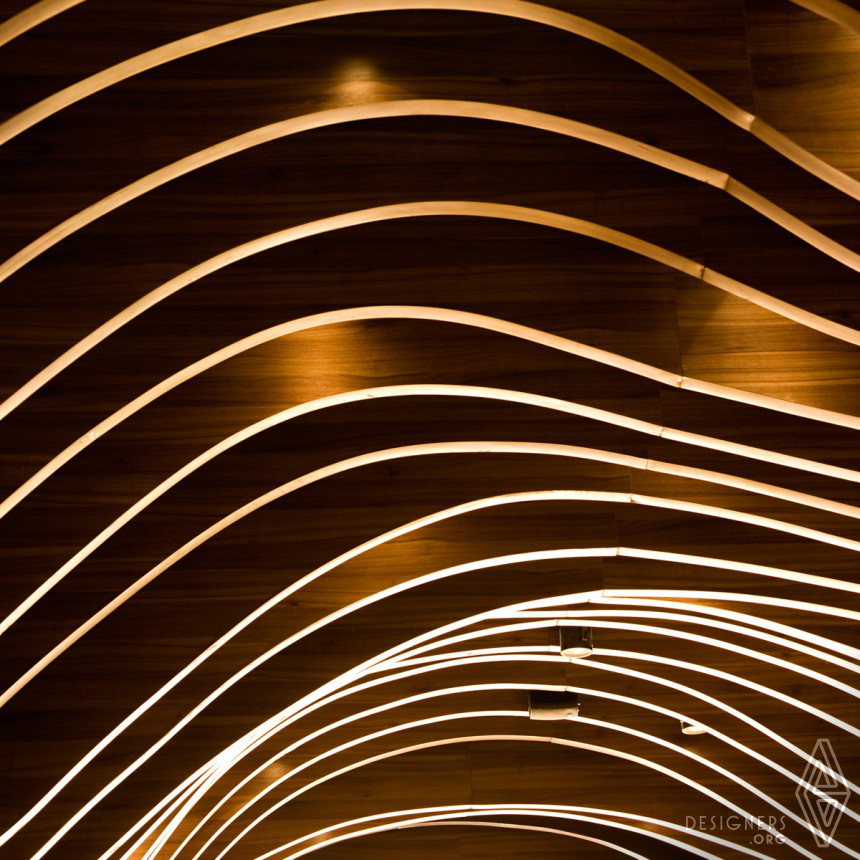 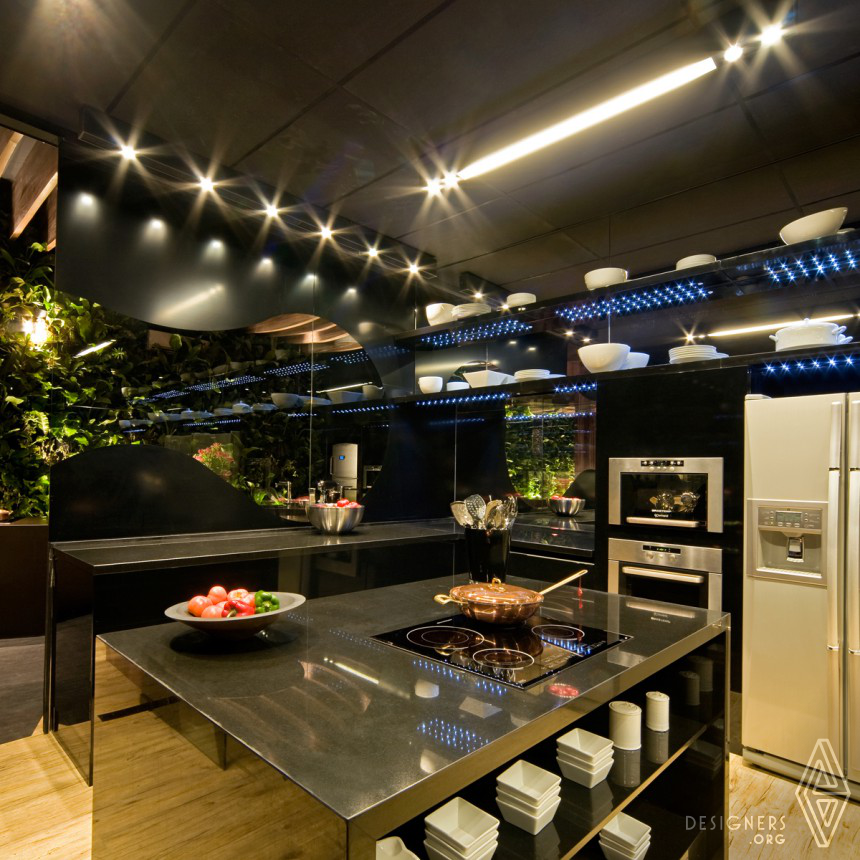 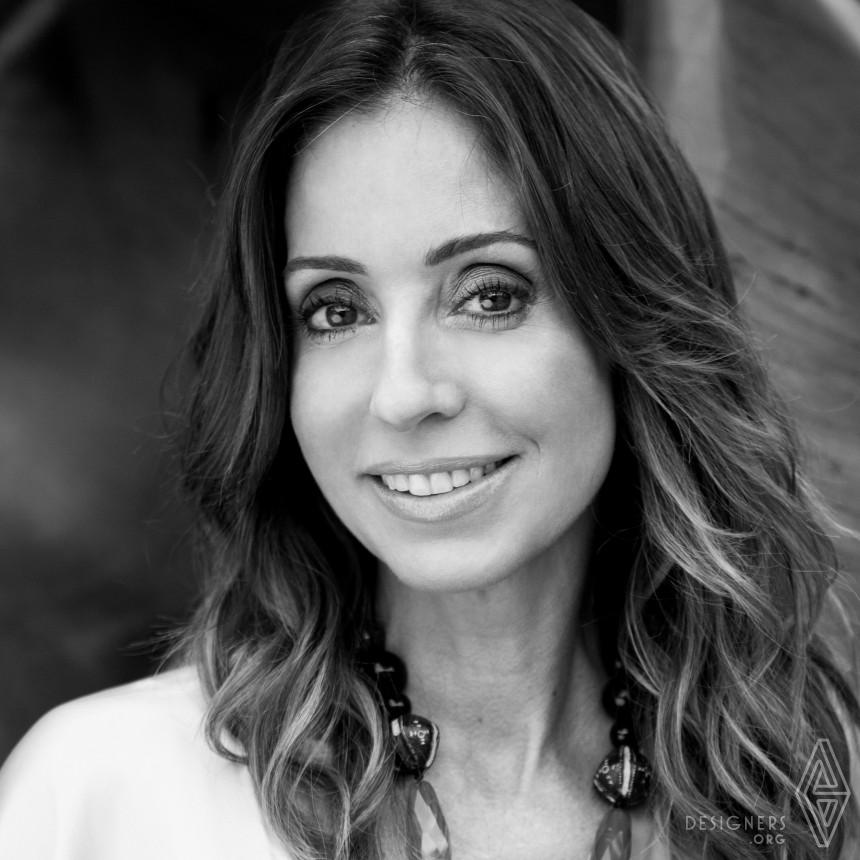