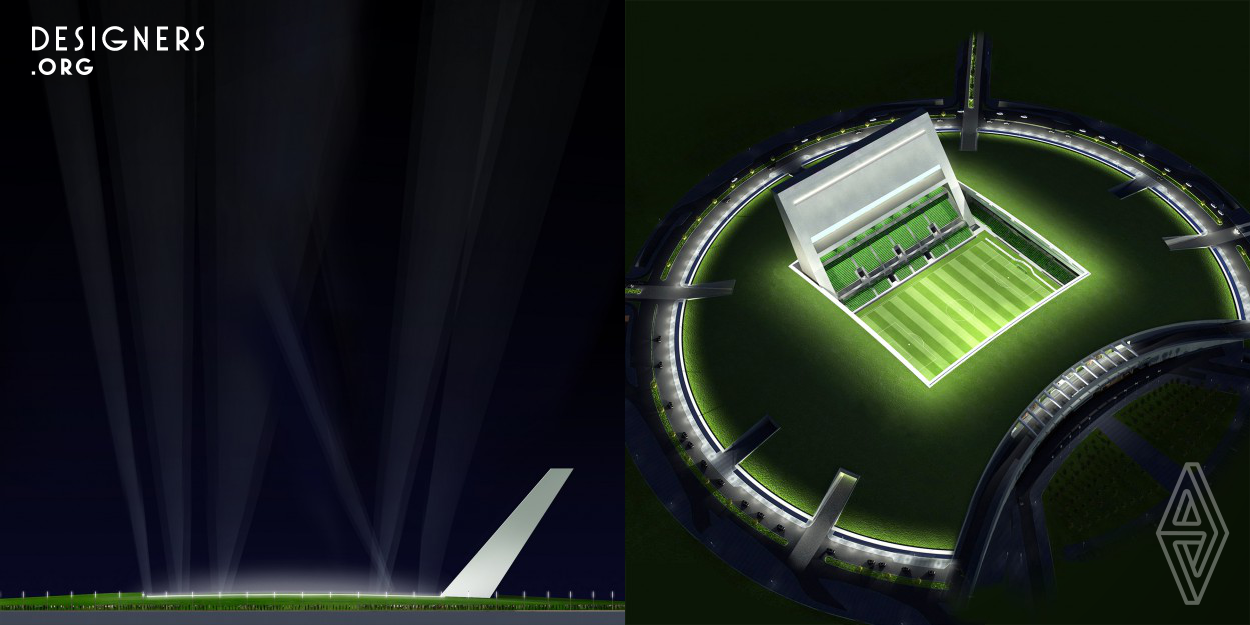 The Wall Stadium is a one of a kind football stadium emerging from a green shallow dune in the middle of the desert. Its main stand sits upright, the majority of its height emerging from the underground pitch. This slanted colossal structure dominates on the surrounding areas by its solid form and height, and is the reason why ‘The Wall’ has gained the nickname ‘The Laptop’, as it looks like an open laptop when observed from above. 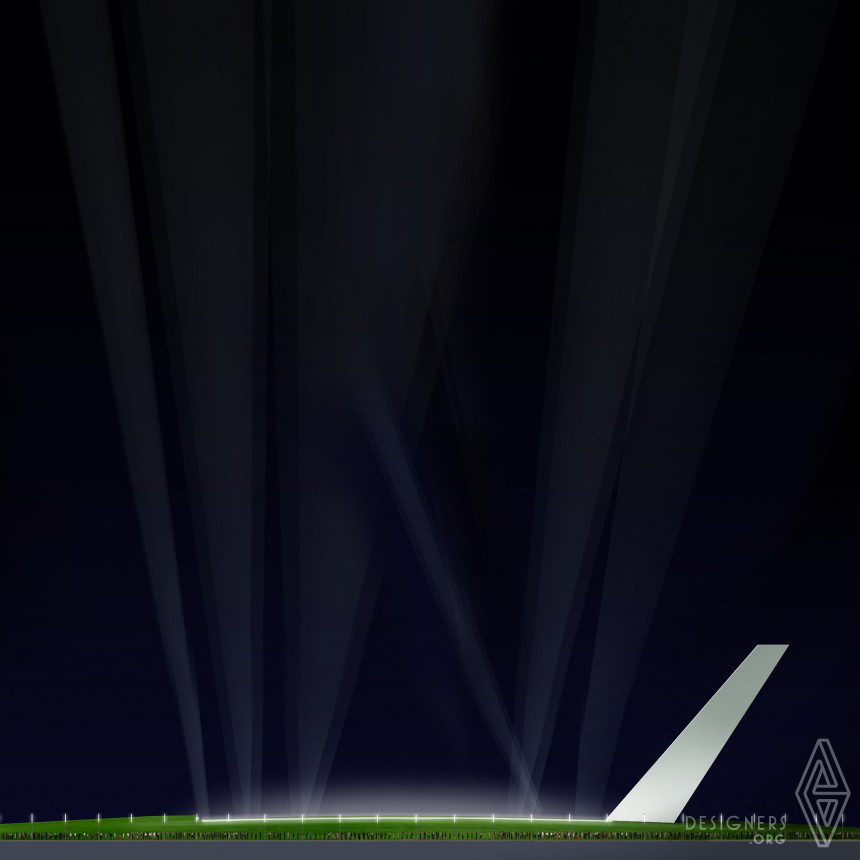 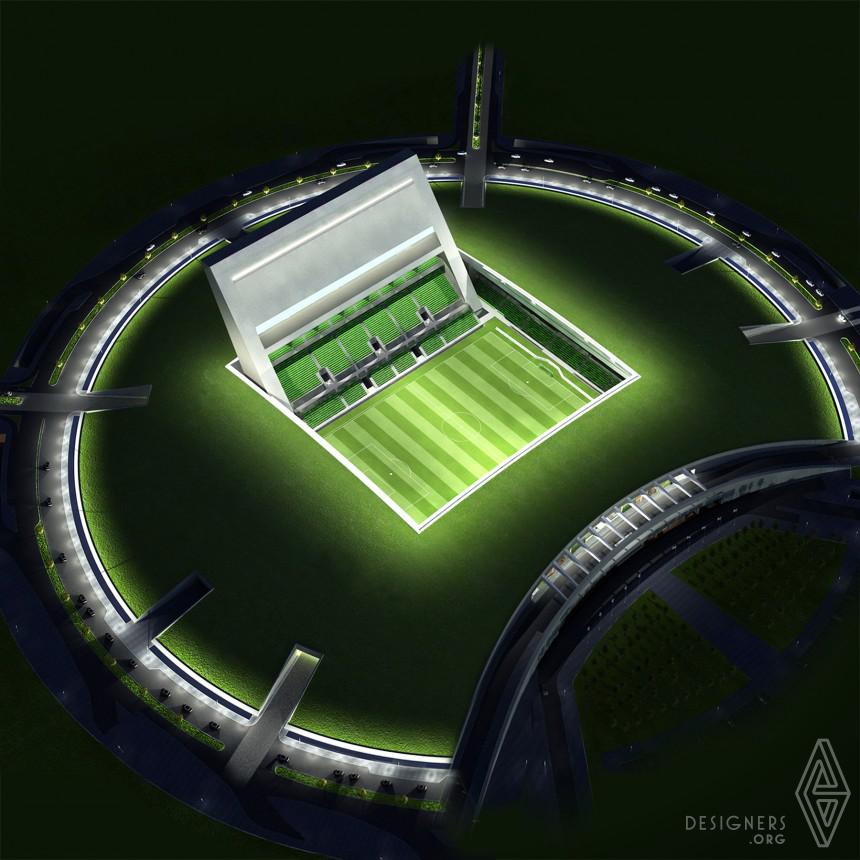 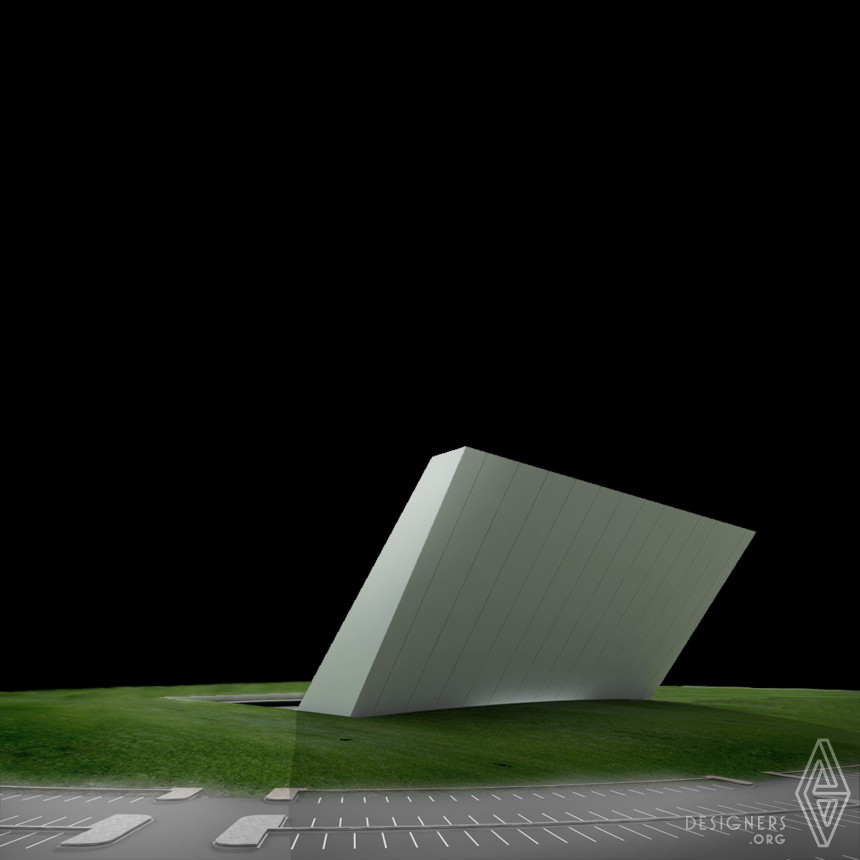 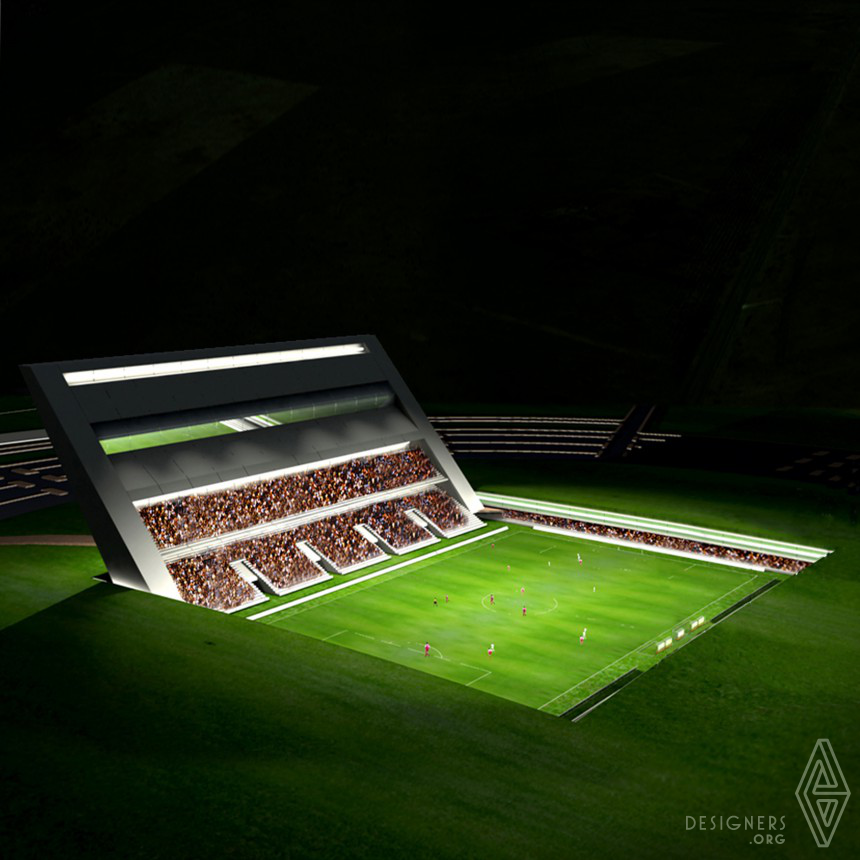 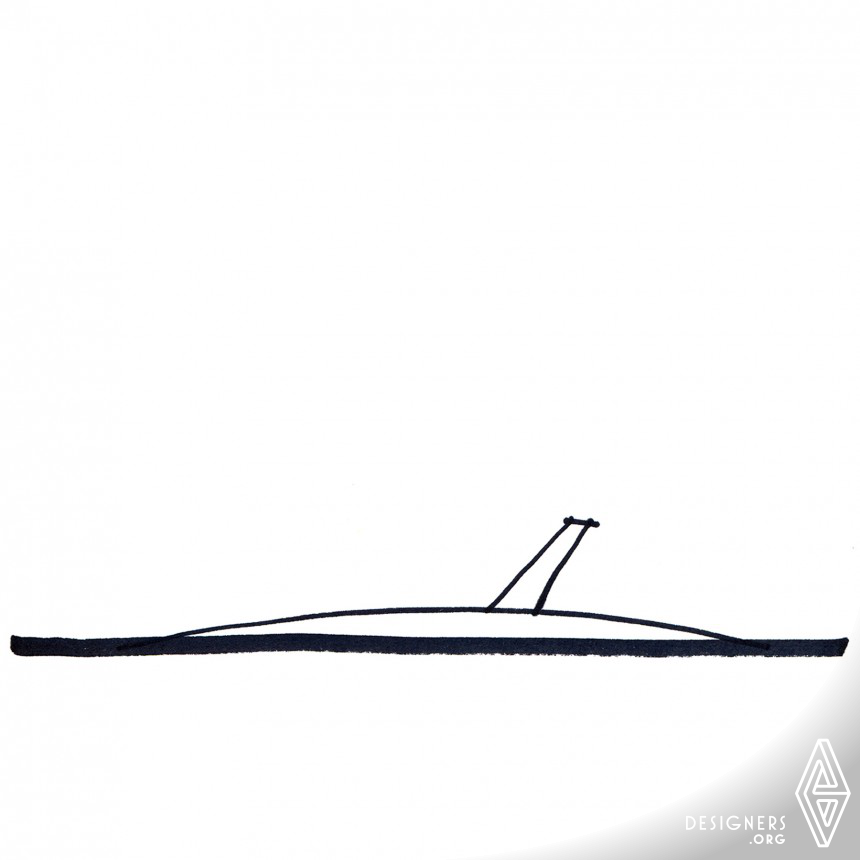