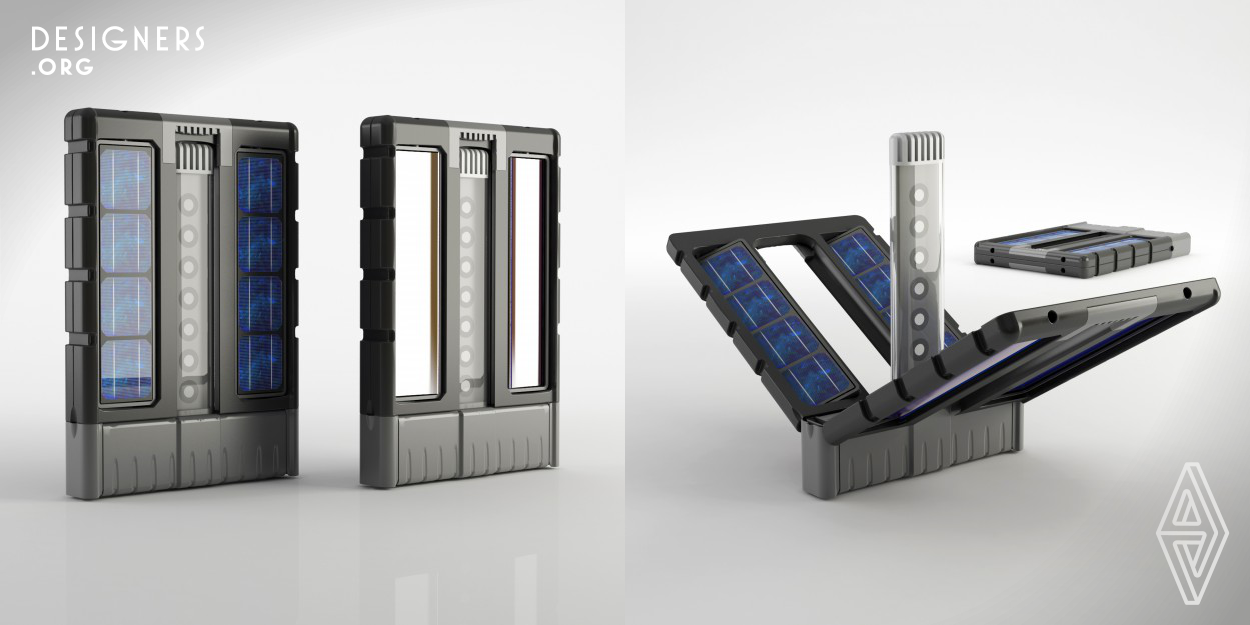 Torchia Solar LED Lamp/Charger offers portable emergency flashlight that uses solar energy as its main power source. Just like handy flashlight, this concept device fits several needs in both multiple usages. Charged by photovoltaic panels in four wings, Torchia produces energy without any dependency on other energy systems. Suitable for outdoor activities, it charges devices via USB. Torchia is also efficient in emergency situations, it can be used as a flash light for warning such as in the event of a car accident or natural disasters. 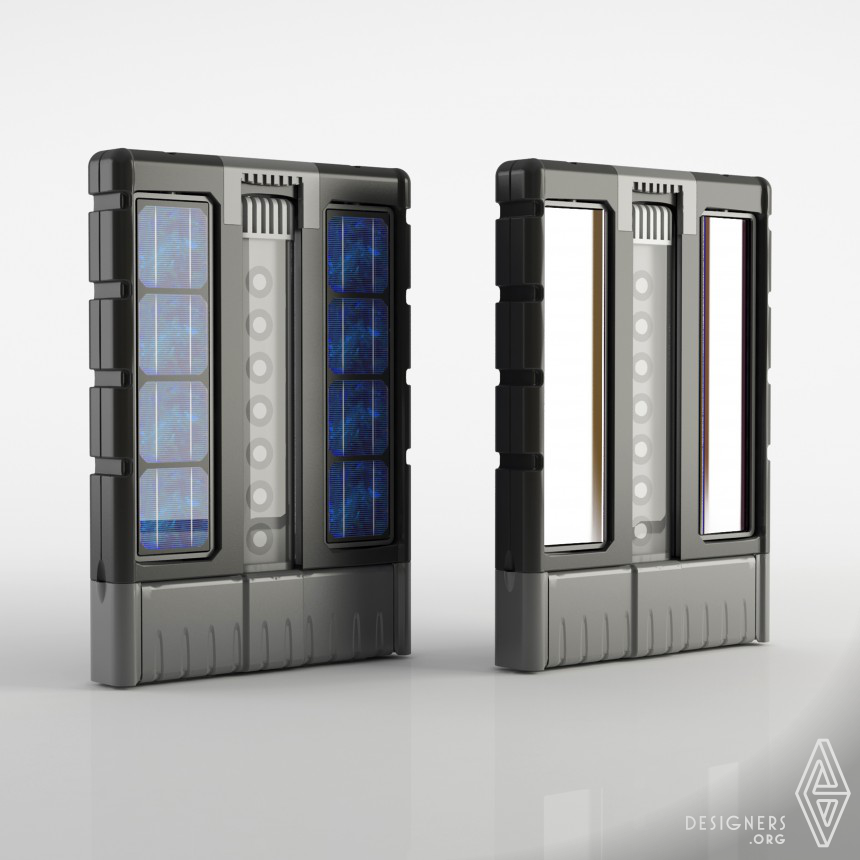 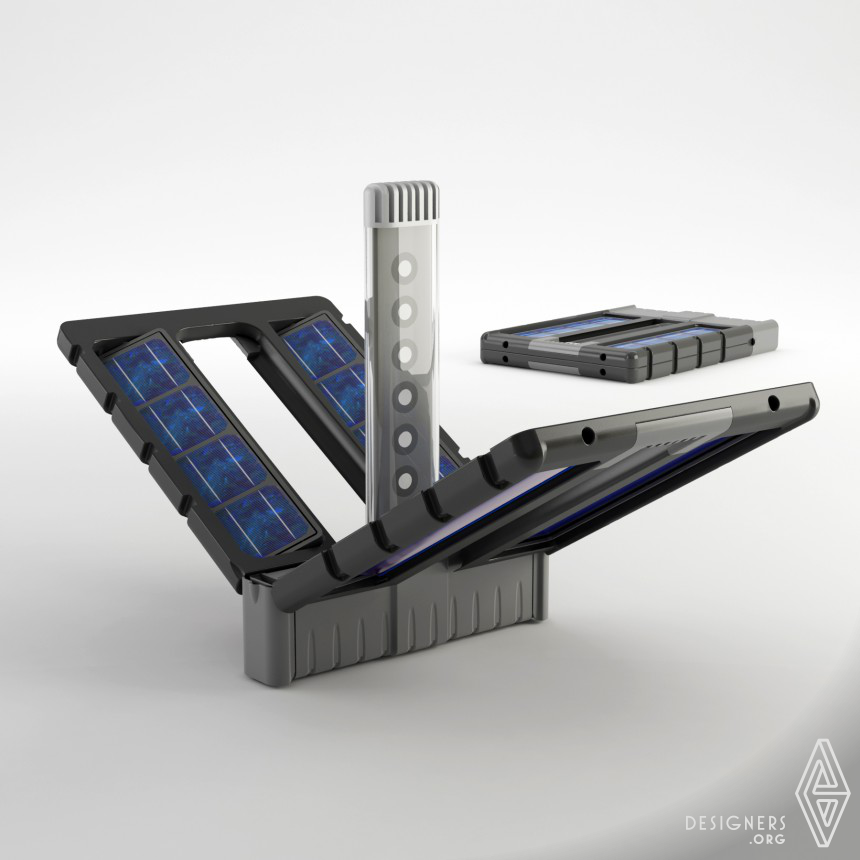 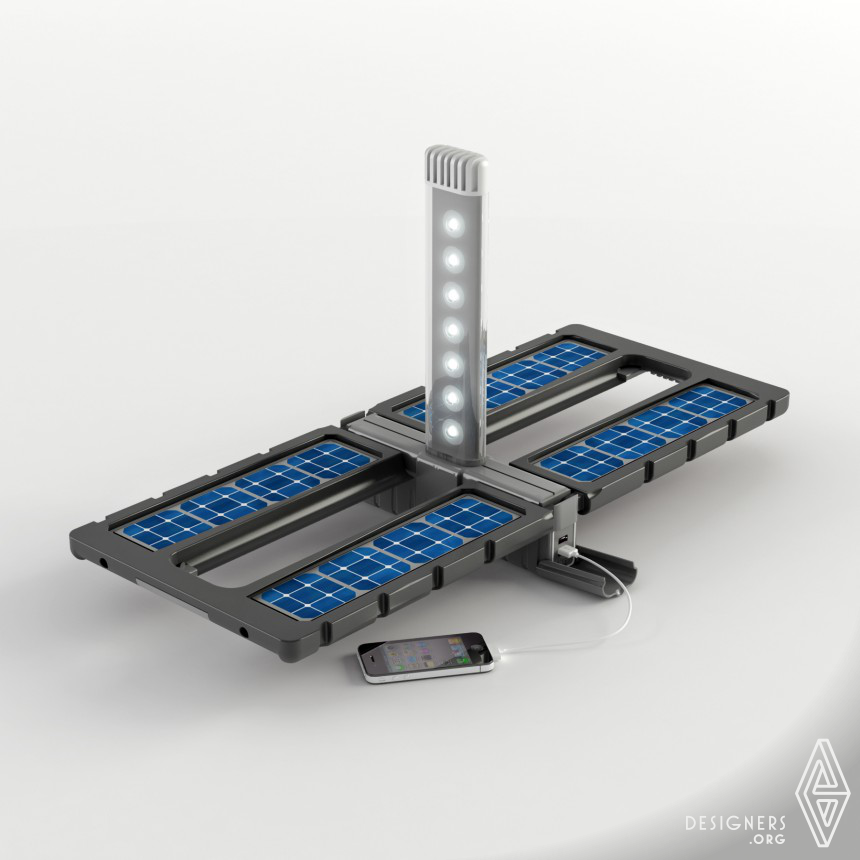 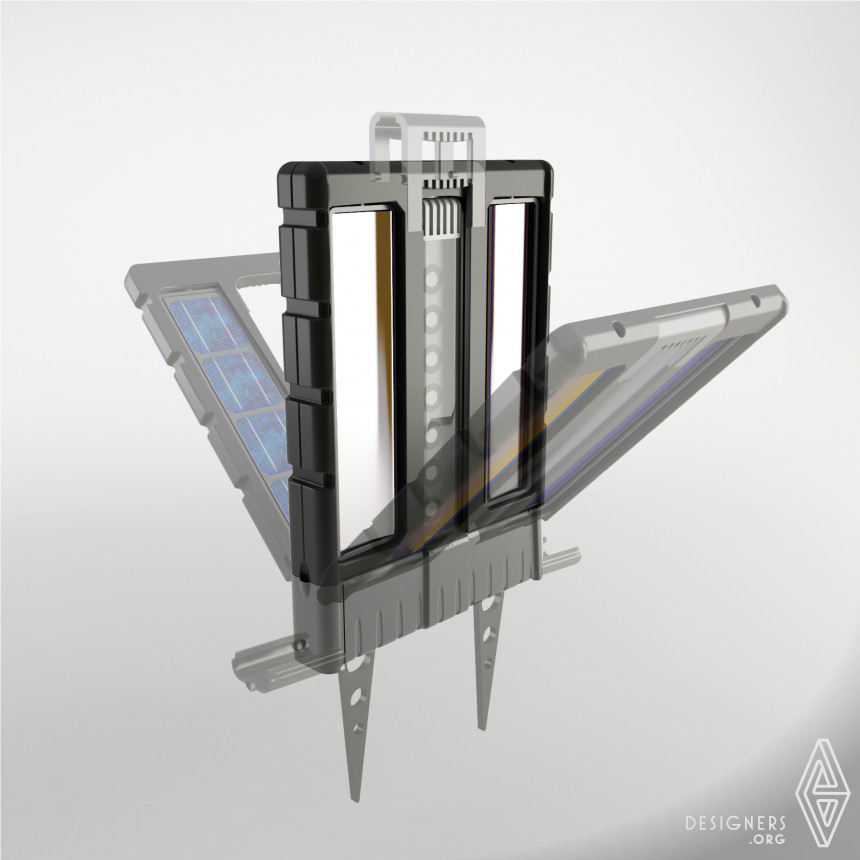 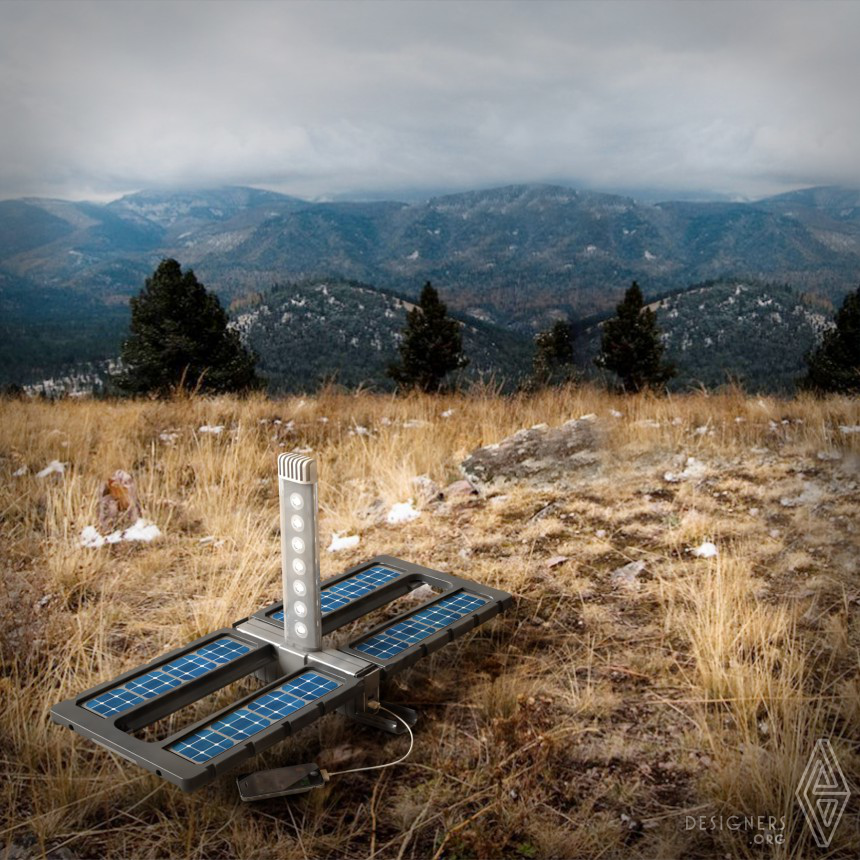 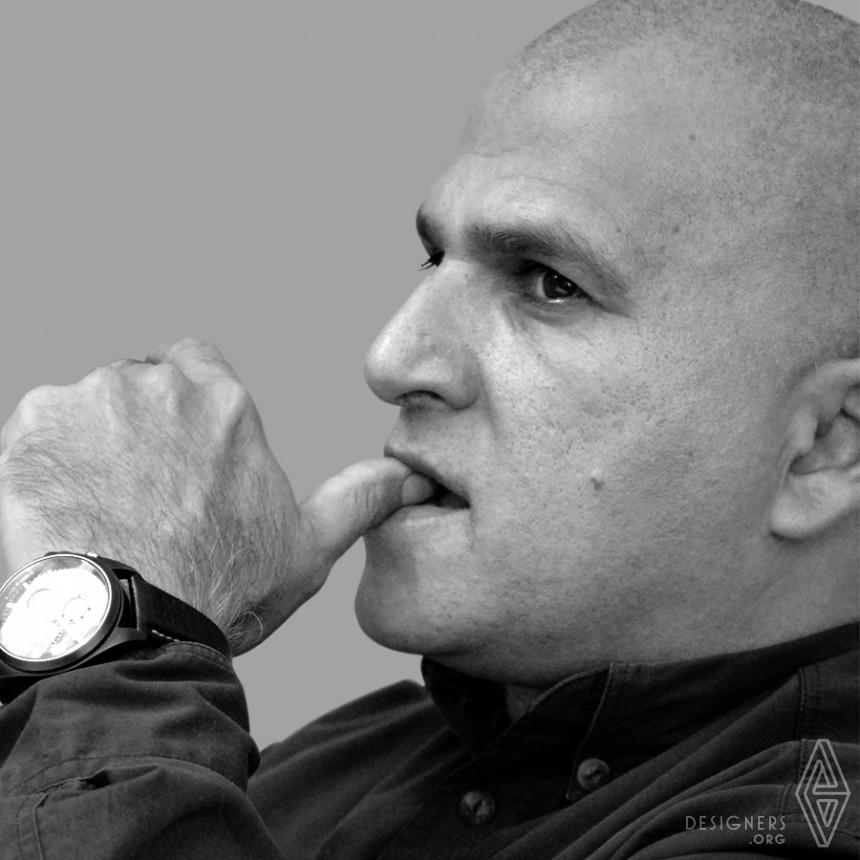