Coastal Cinema Cinema
by One Plus Partnership Limited 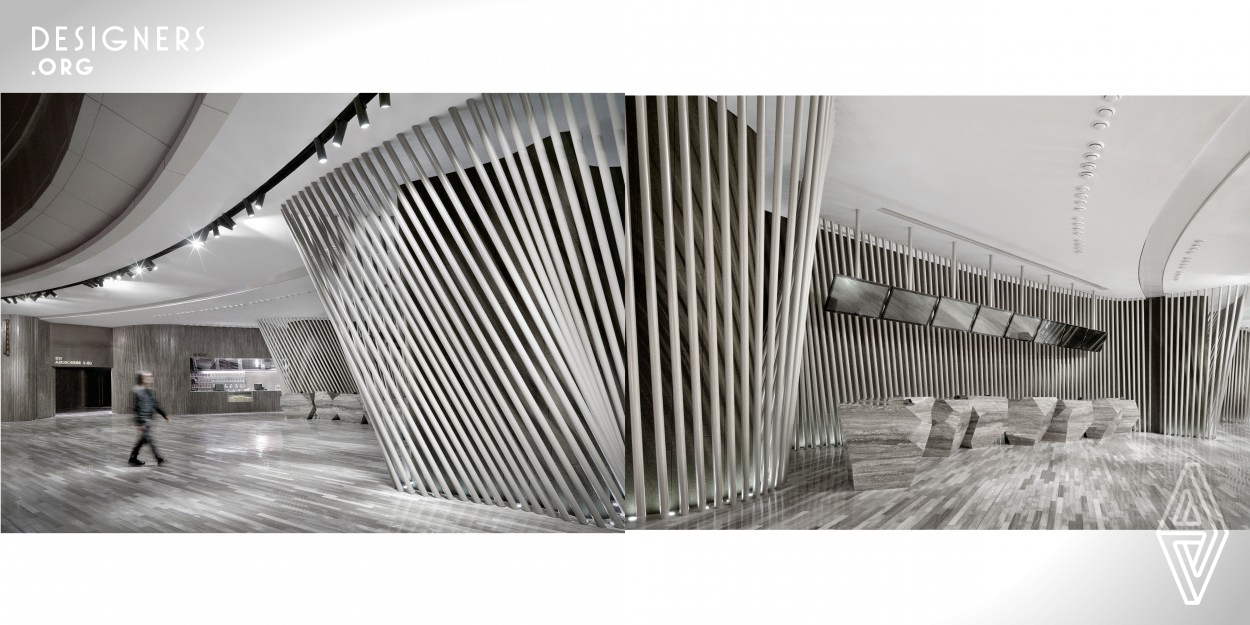 Breaking the social norm, the design team got inspired by the coastal geography, the study of the dynamic interface between the ocean and the land, particularly wave action, hence the creation of this magnificent cinema. The oval-shaped gigantic lobby greets the guests with its curvy form, just like the coastal line between the land and the ocean. When staring at this ‘wall of waves’, one may feel like standing onshore observing ocean surface waves, achieving a level of calmness as if hearing the sound of sea waves. 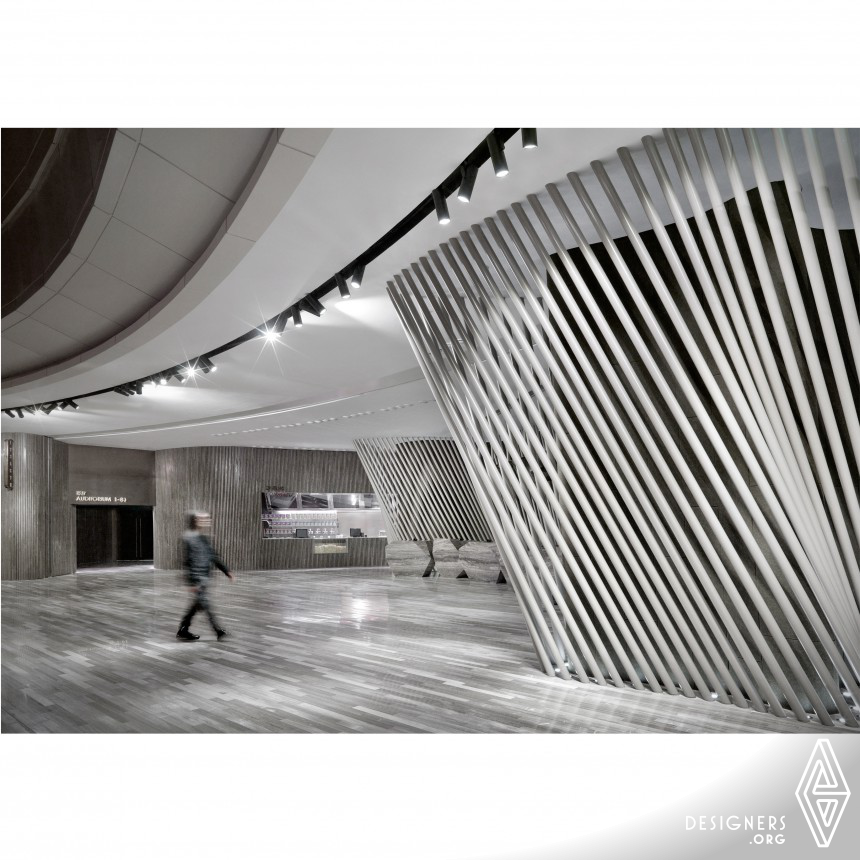 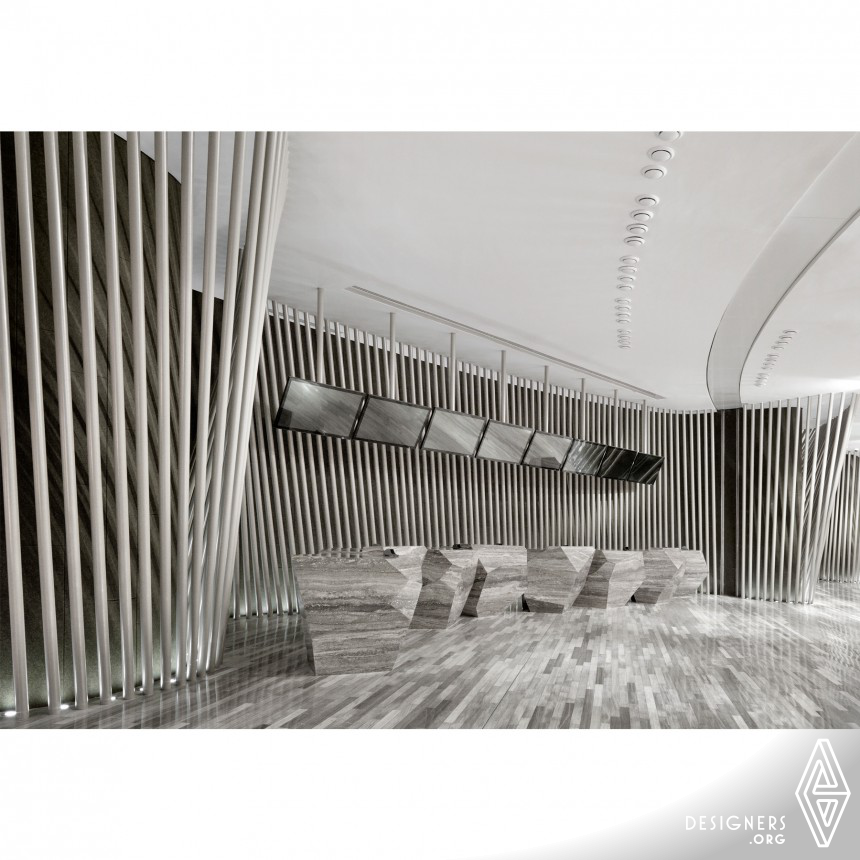 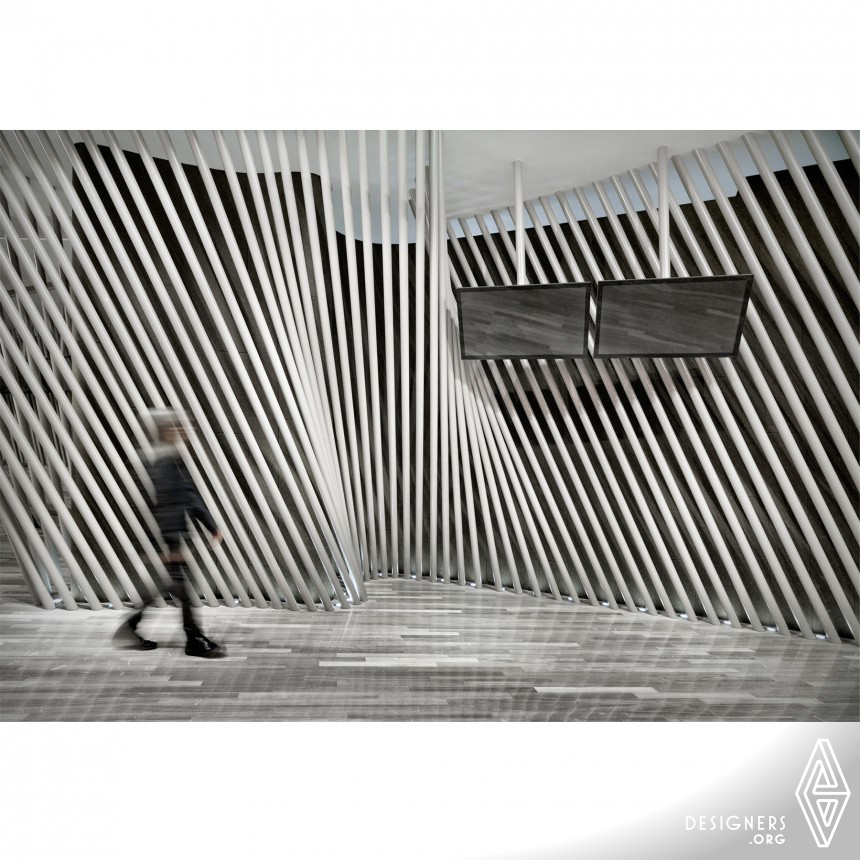 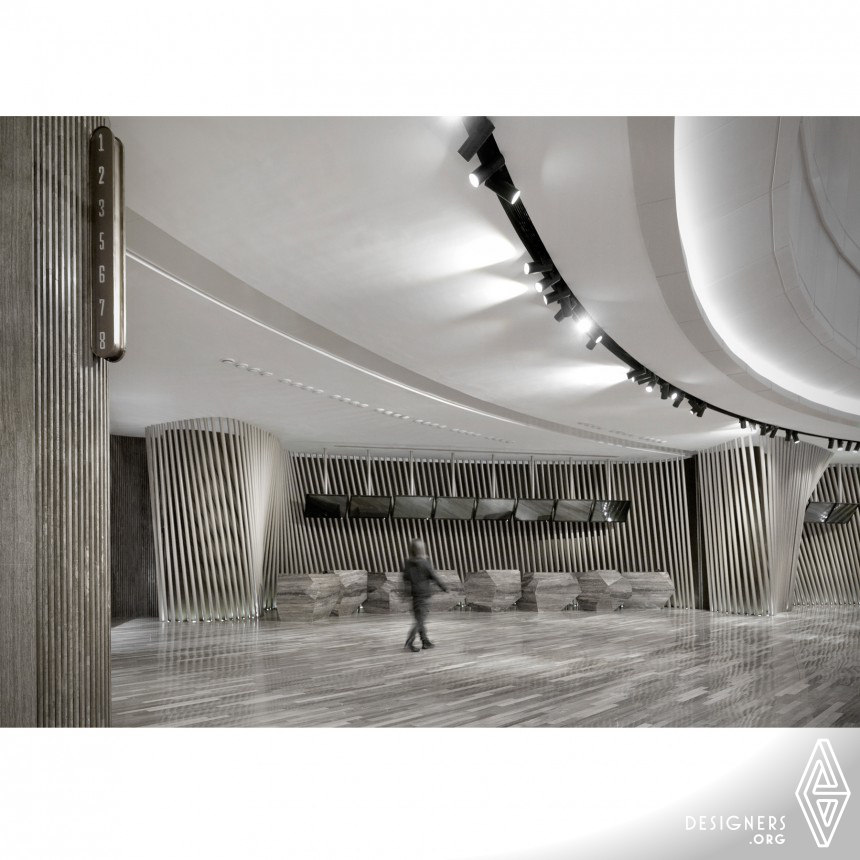 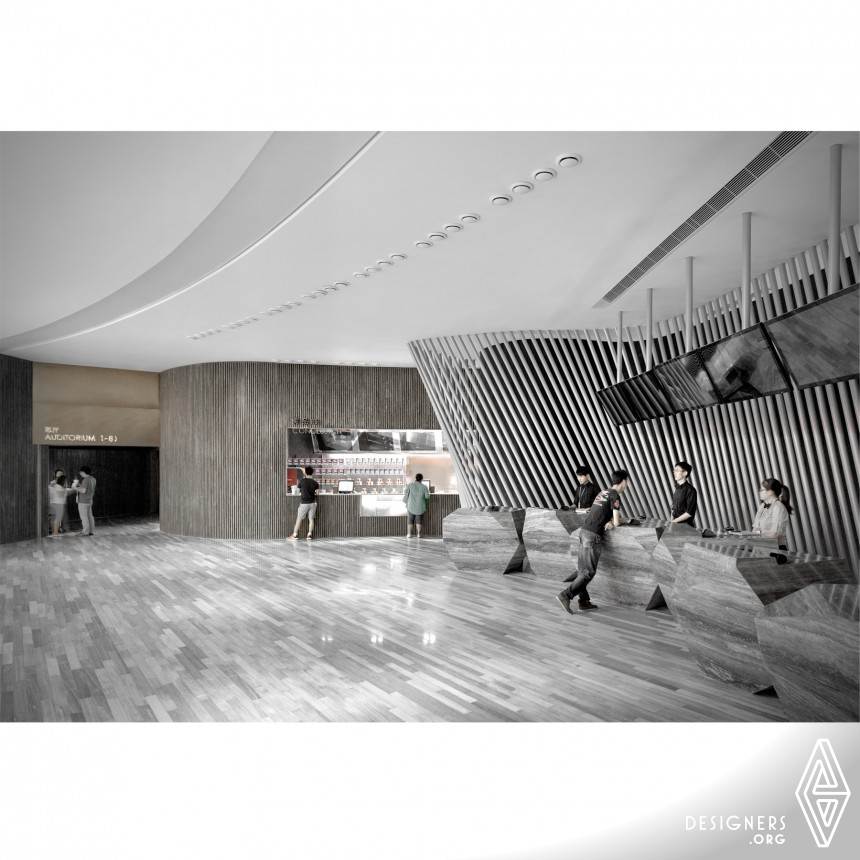