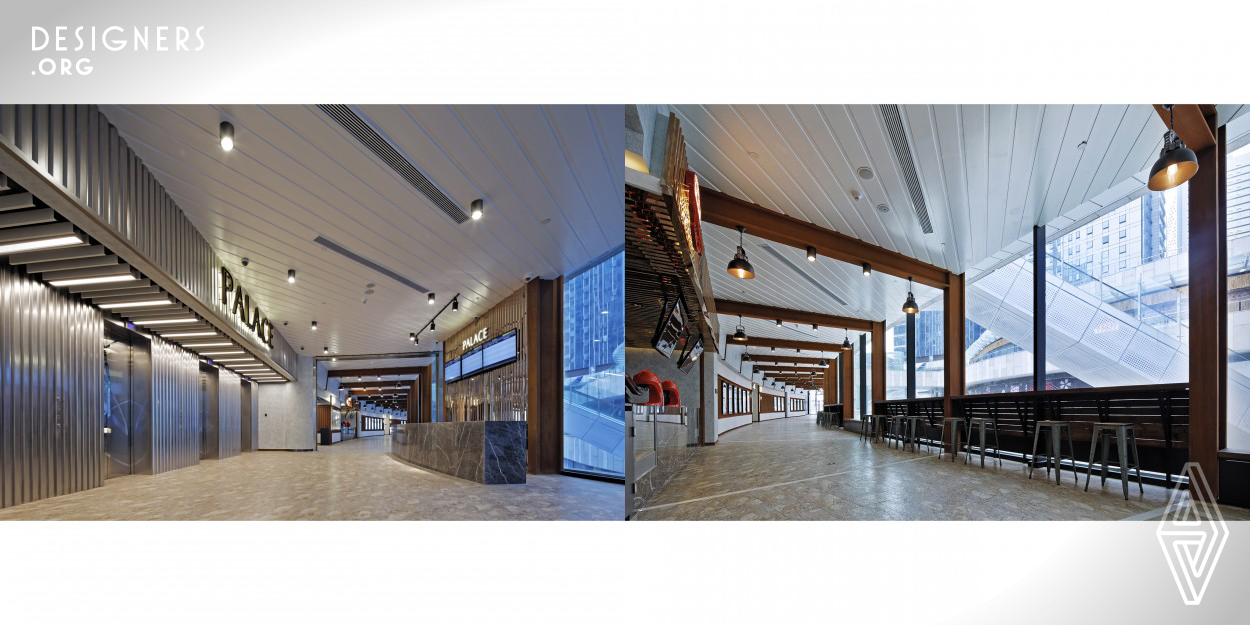 The roughness of industrial style has been designated as the personality of the Palace Galerie cinema at Chengdu, which is first found in the design of its ticketing lobby. Every elements in the lobby is being merged together by bronze and concrete, which are materials with industrial cue. The ceiling is broadly decorated by bronze coloured corrugated metal sheets and bronze metal I-channel, which allow the ceiling to take the role as a guide to lead people into this exhibition space with story. 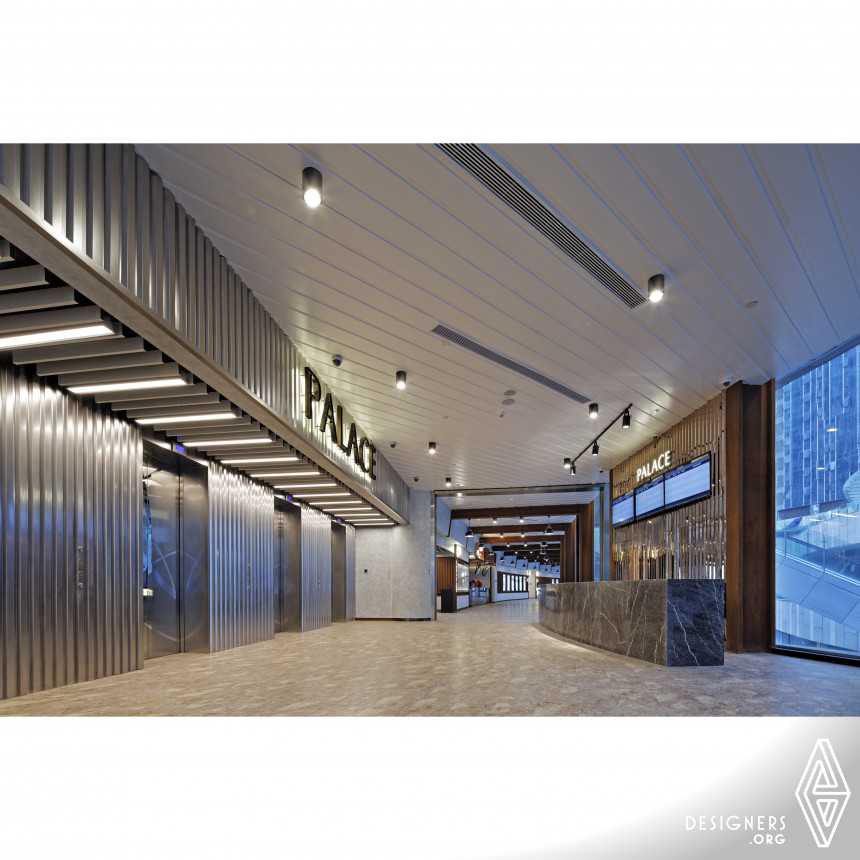 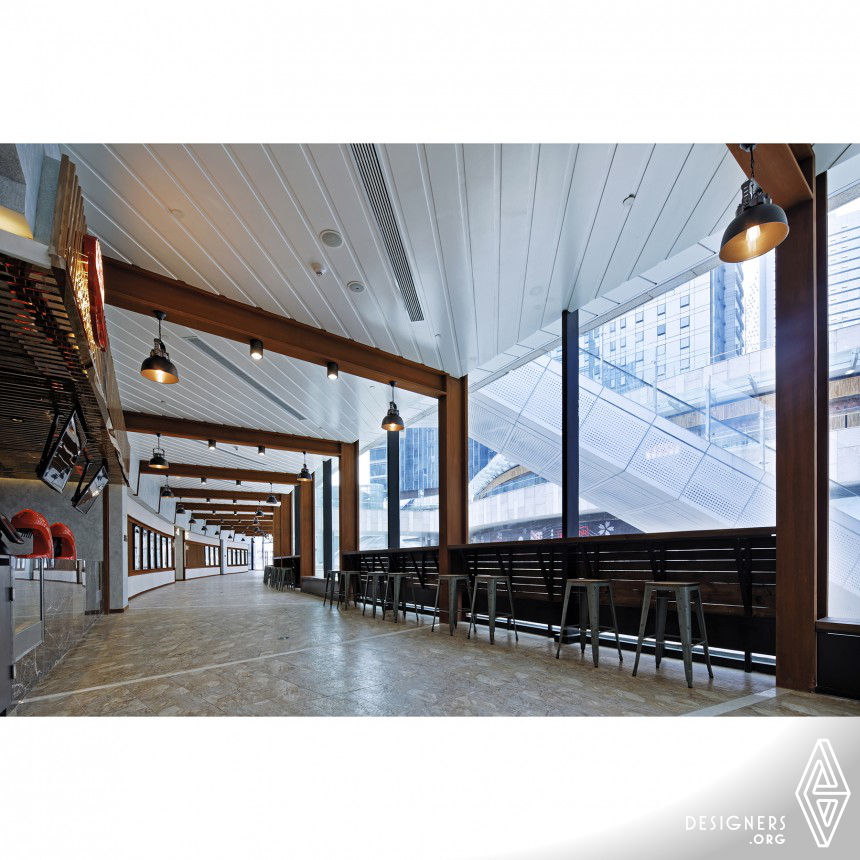 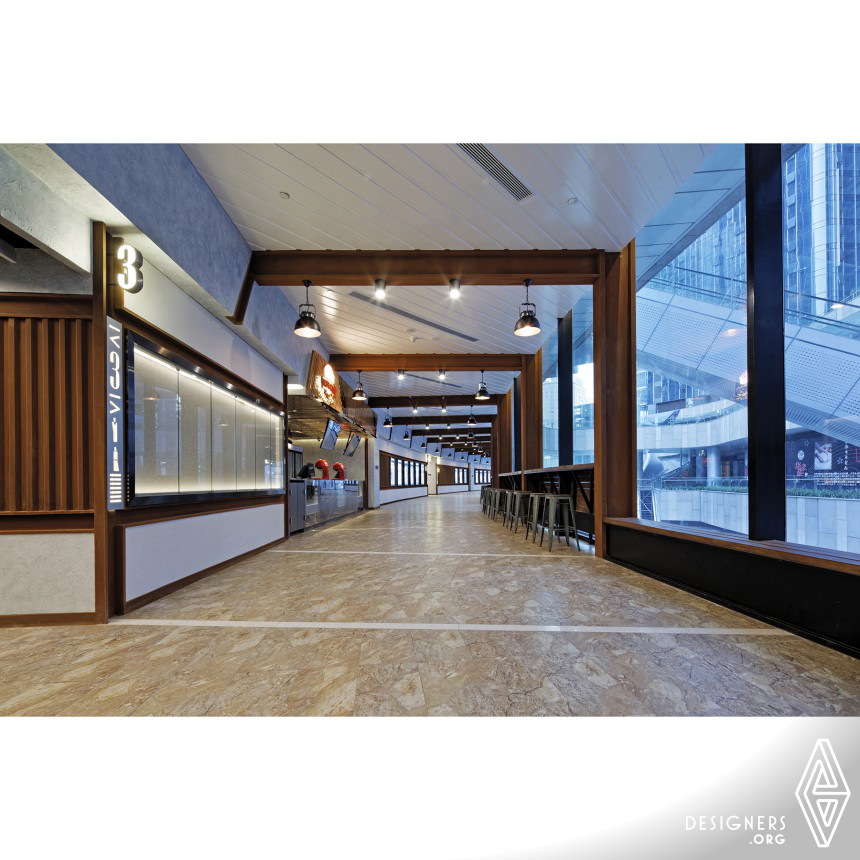 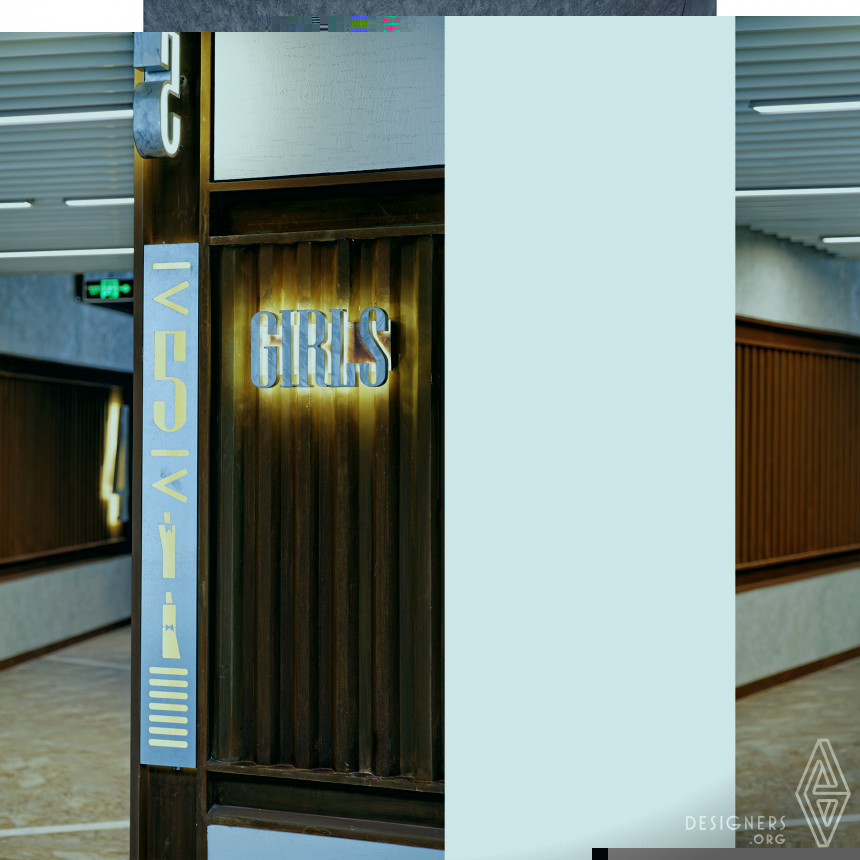 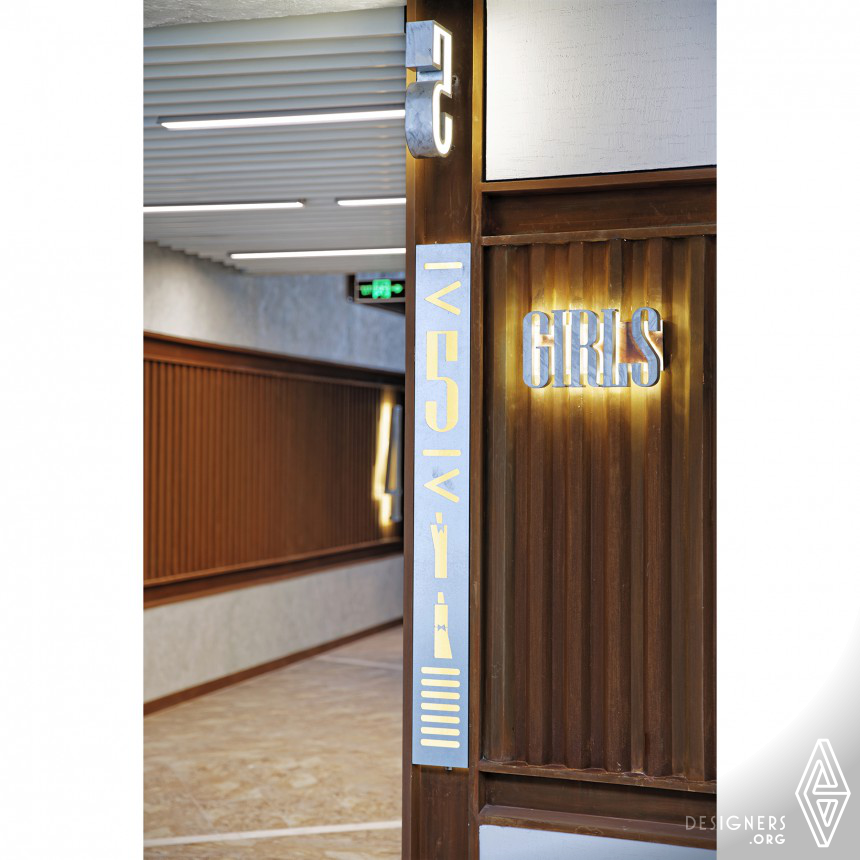