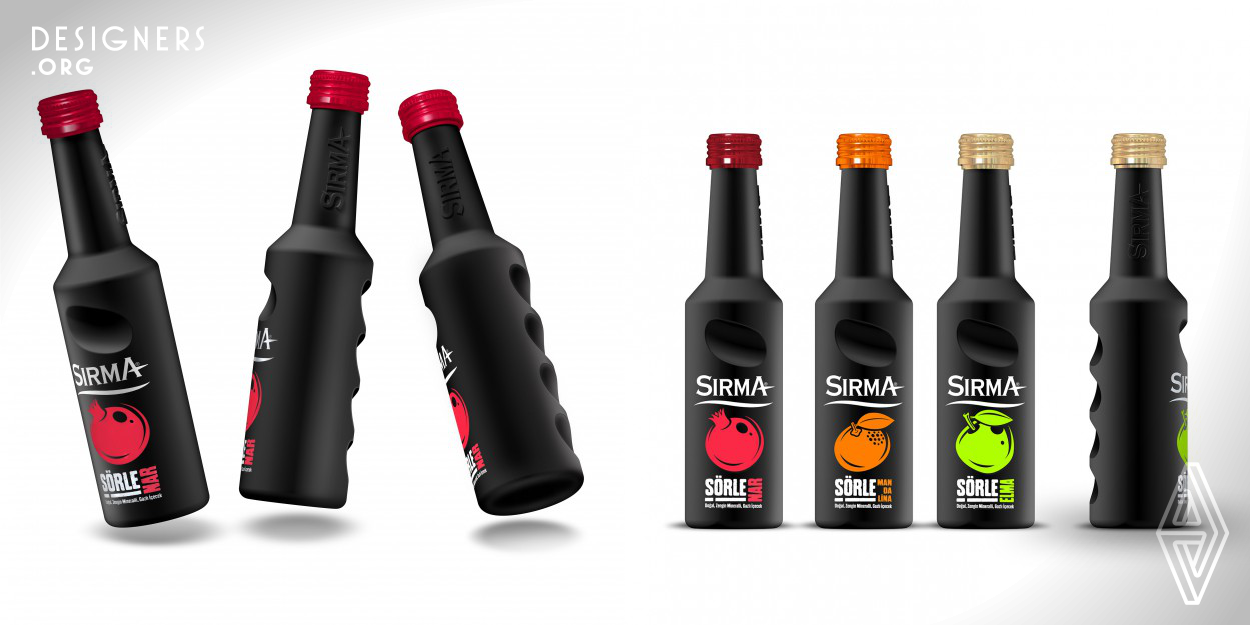 Sirma Schorle is a mix of sparkling water and intense fruit juice. Differentiating, ergonomics and stylish look were combined for Sirma Schorle bottle. Finger shaped holding details, which no other competitors have, were added to design. Black color was preferred to strengthen cool tone of the bottle. For graphics, screen printing was preferred instead of labels, so production costs were decreased. By using luminescent fruit illustrations, visual appeal was increased and intense fruit taste was referred. 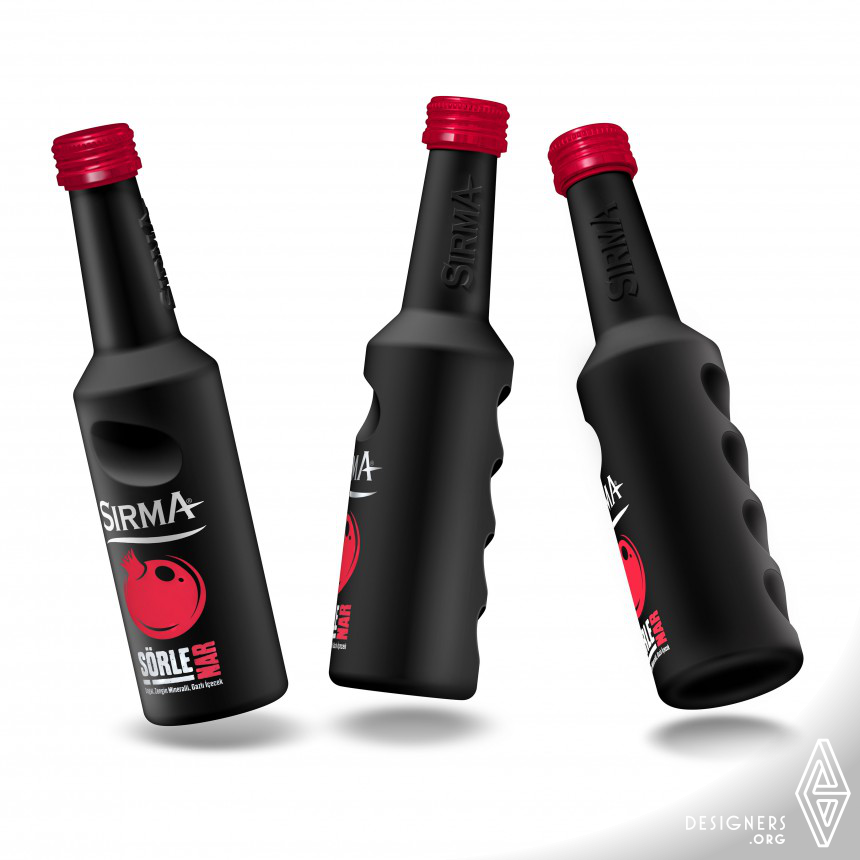 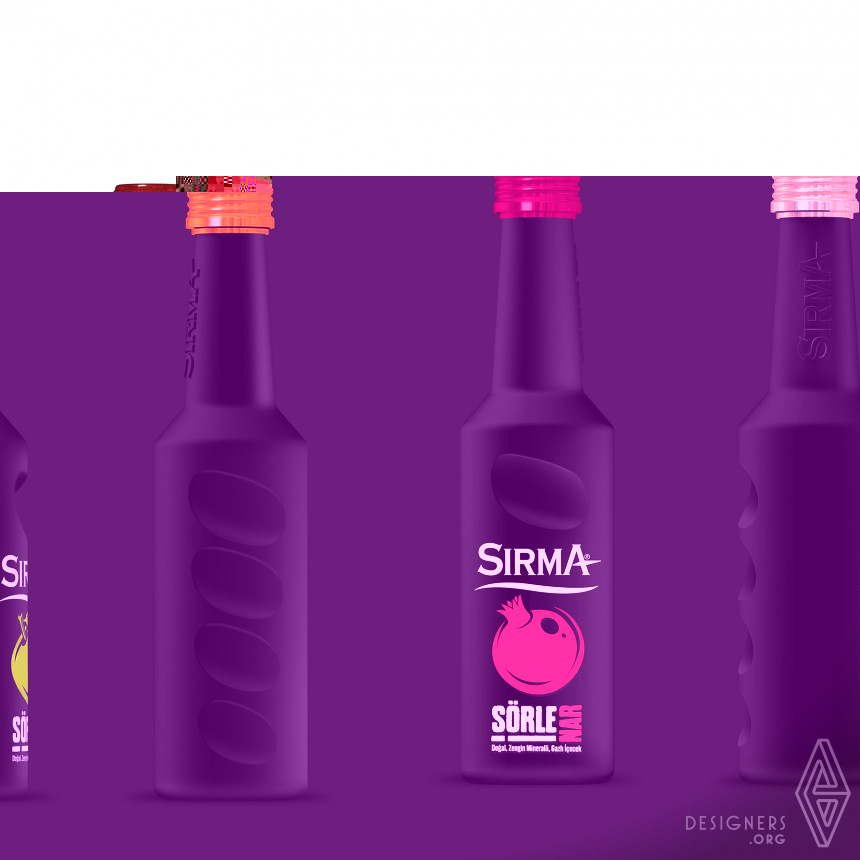 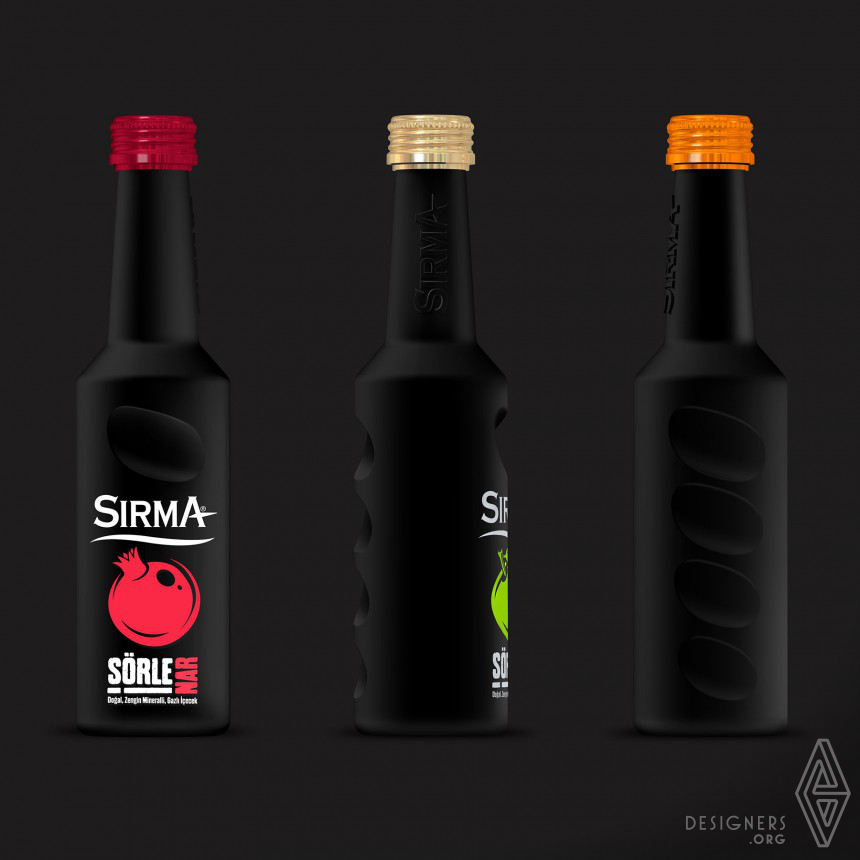 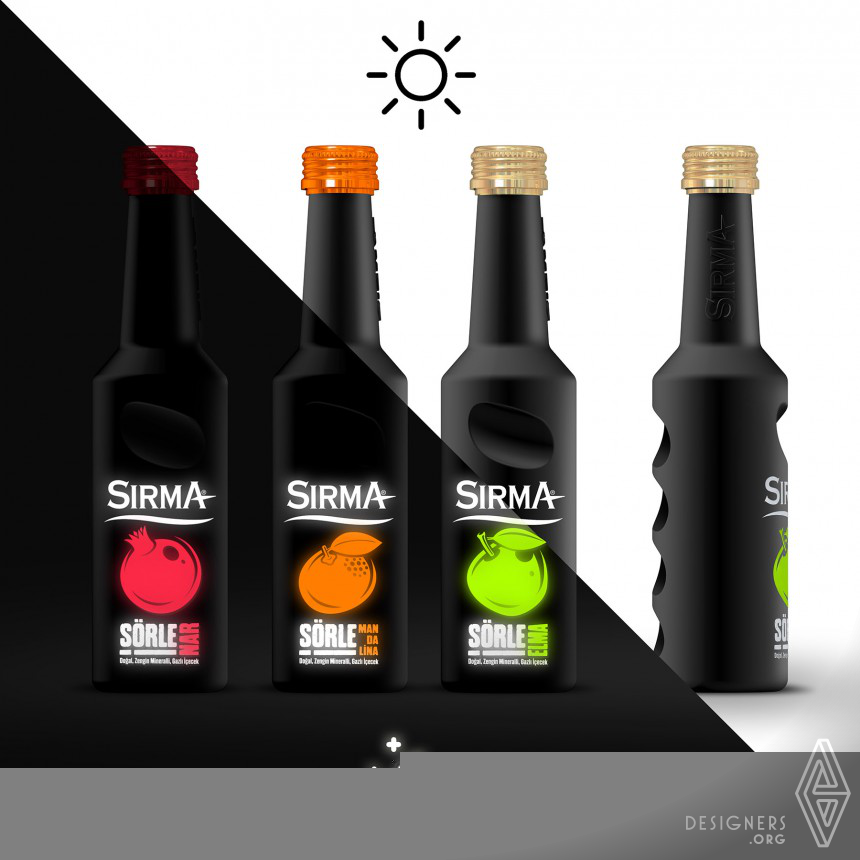 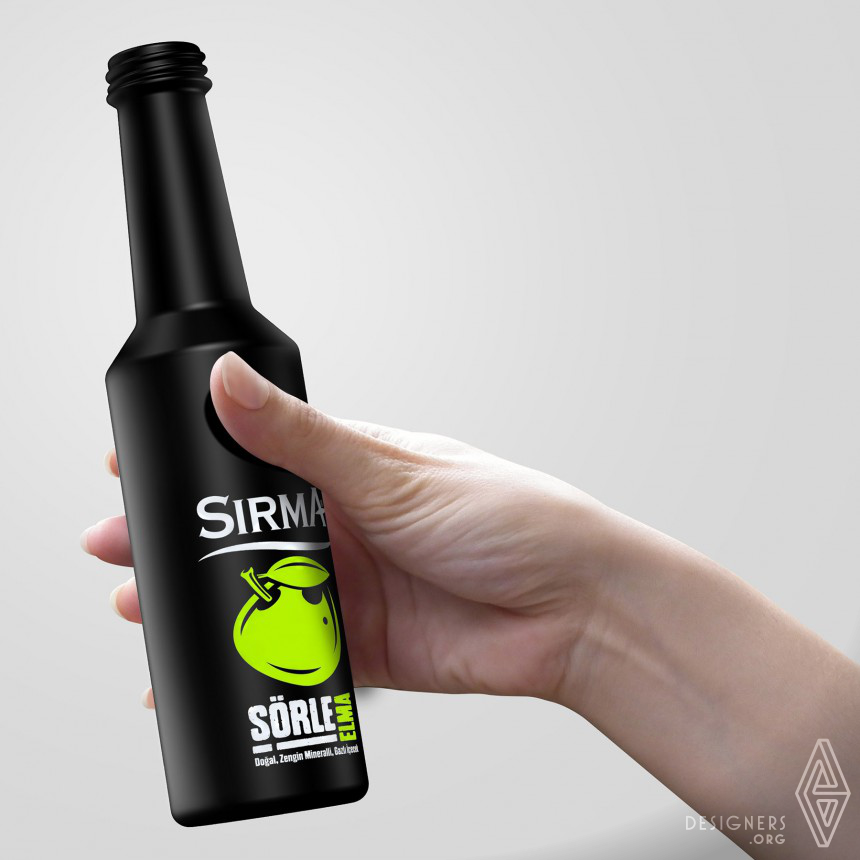 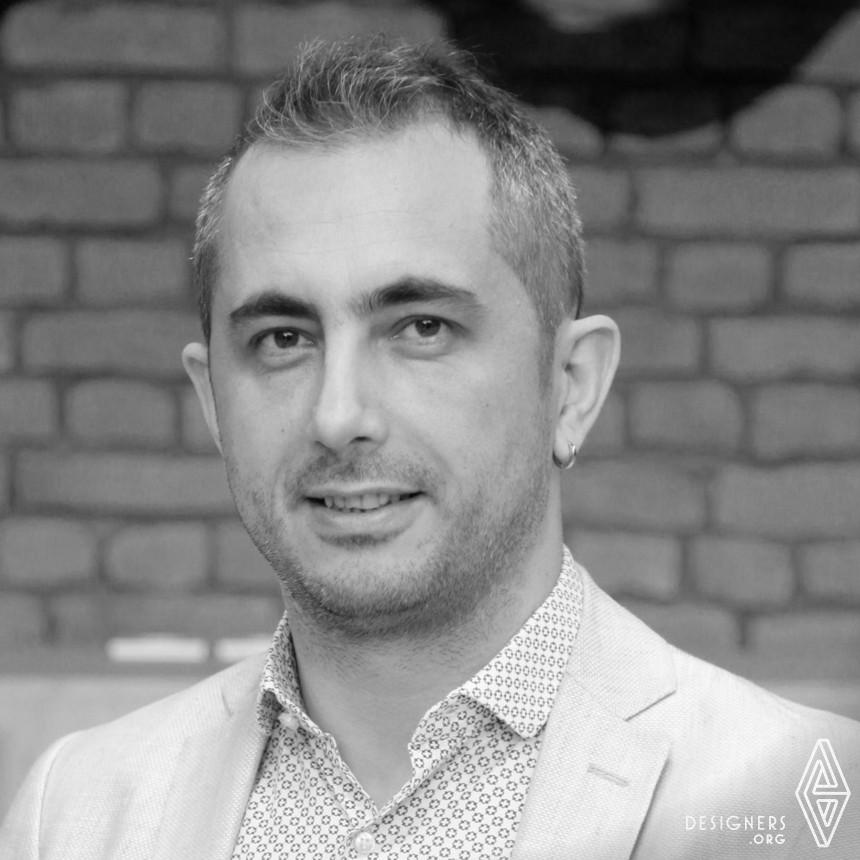