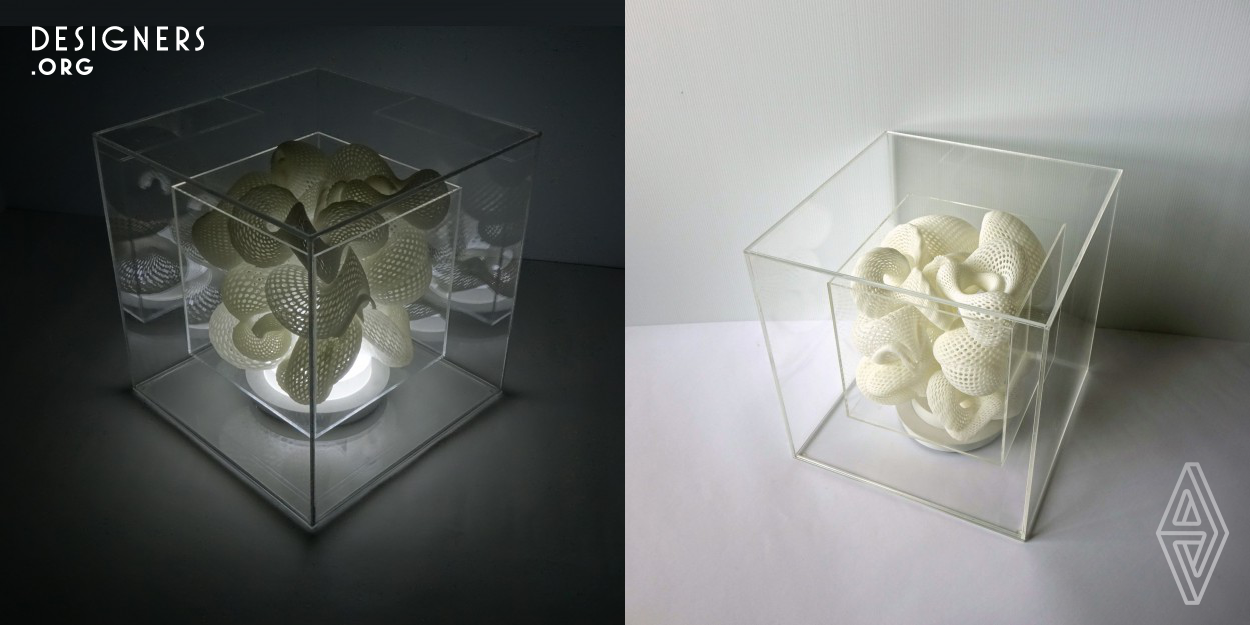 The designer thinks that light is both dynamic and static. He wants to create a scene which switches characters in different conditions. This desktop lighting design creates a contrast image of dynamics and statics, opacity and transparency, solid and void, and defined boundary and infinite reflectivity. A number of frozen hurricanes in the center not only deliver the image of dynamic interaction between each other, but also create a different contrast between solid force and void field. 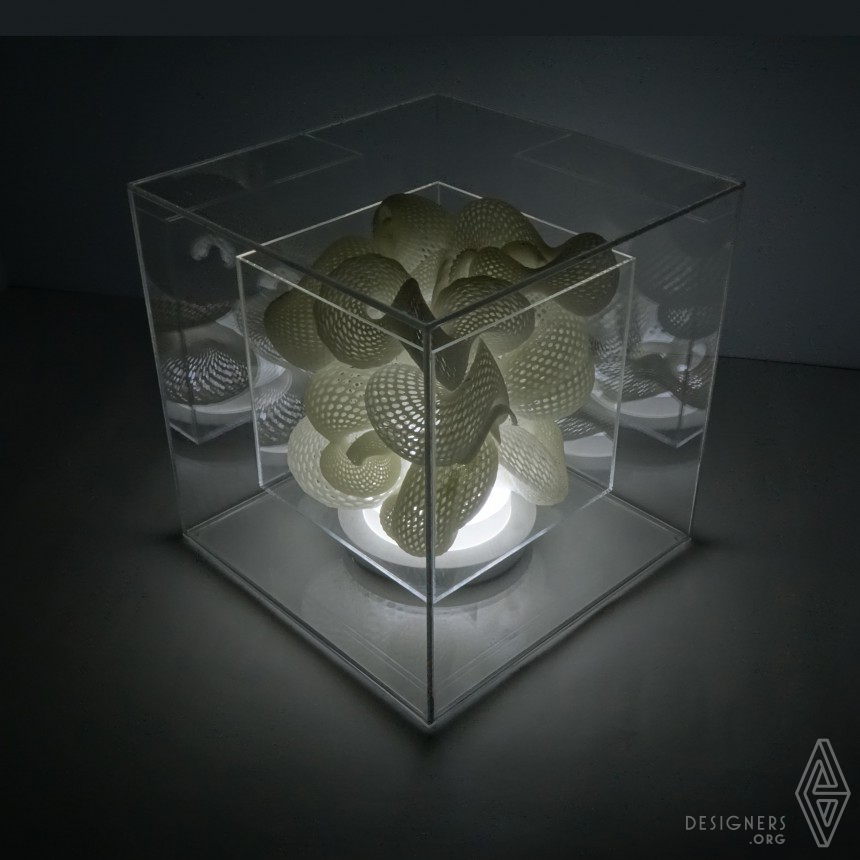 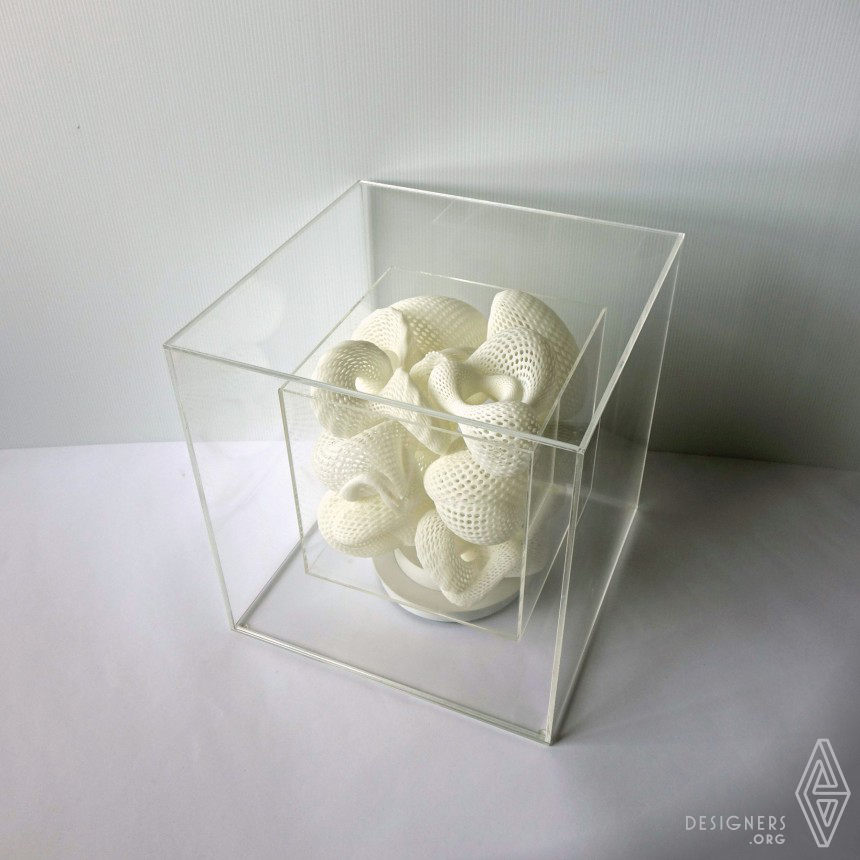 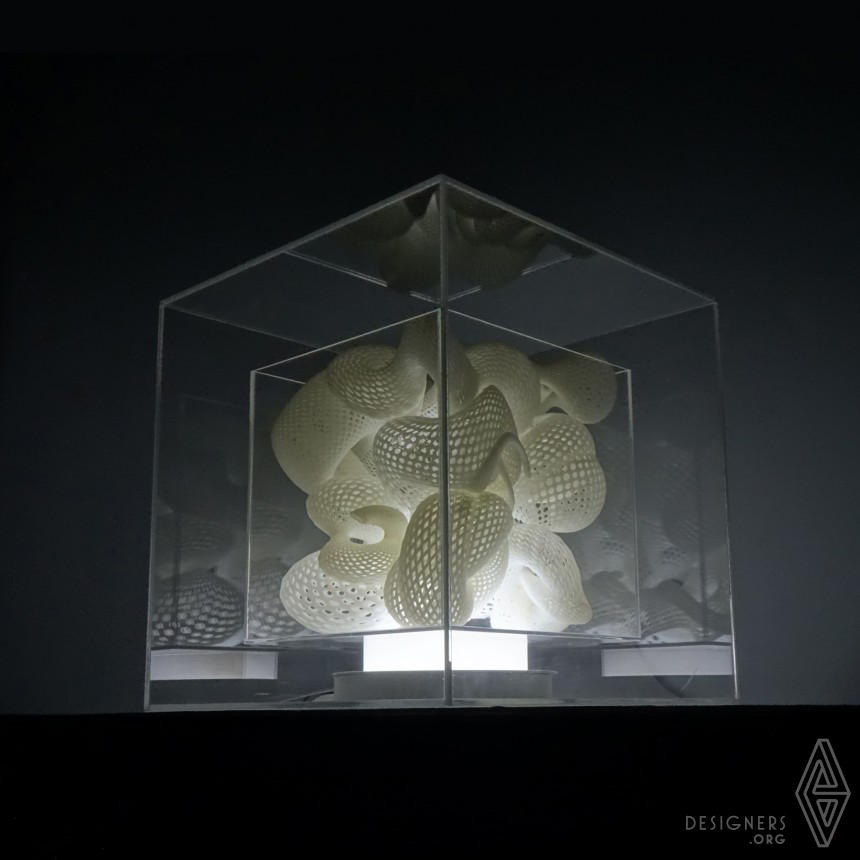 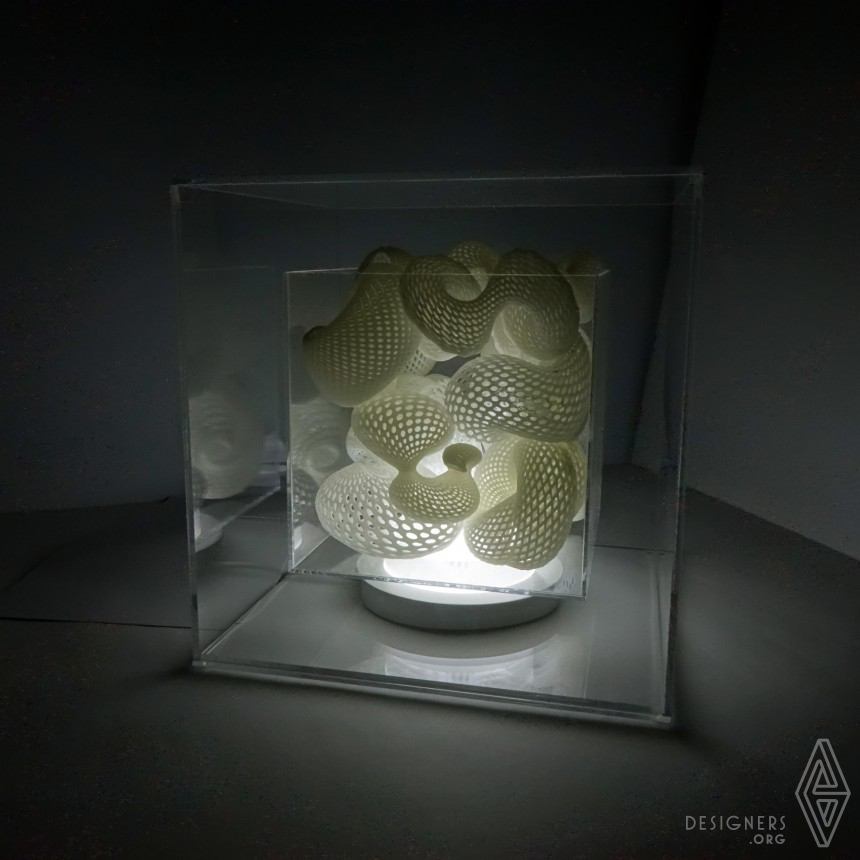 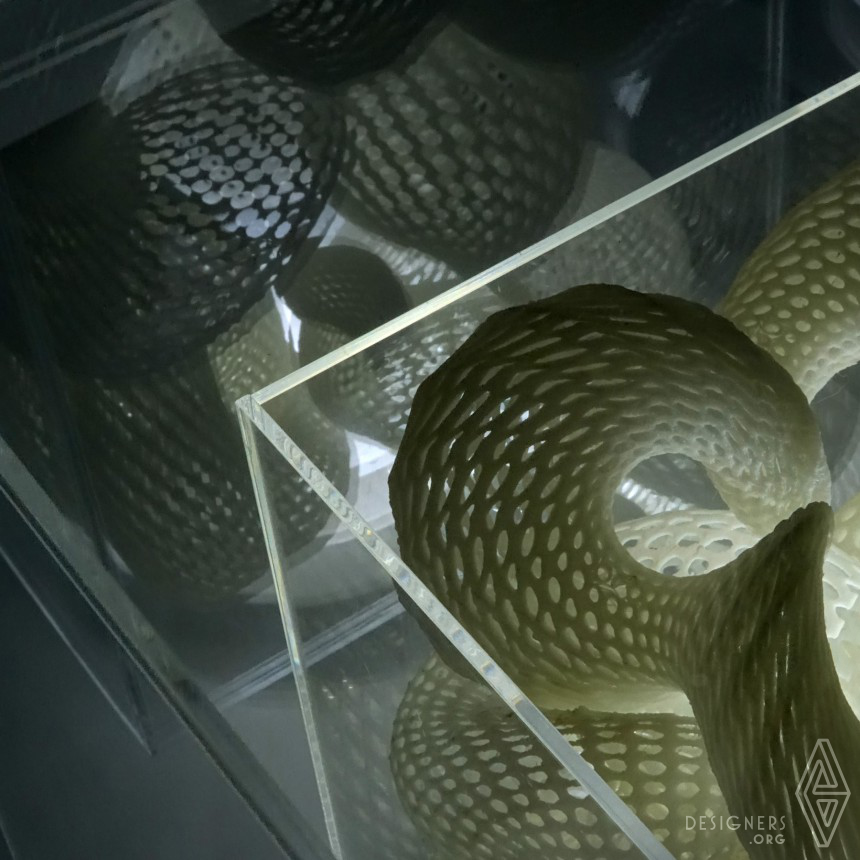 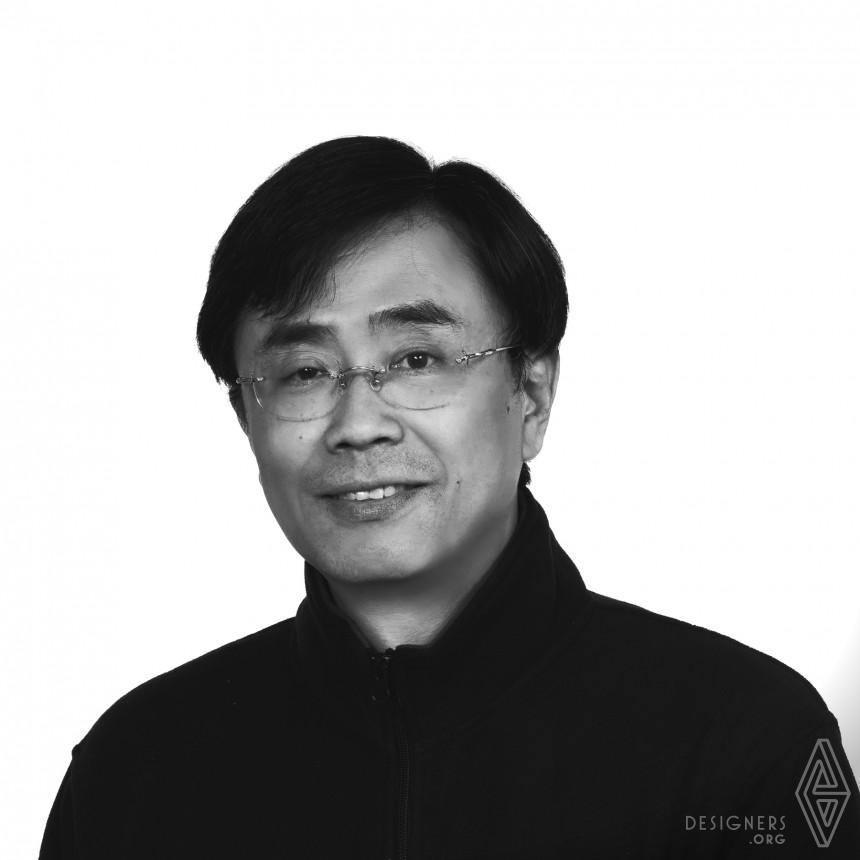