Shanghai Omnijoi International Cinema
by One Plus Partnership Limited 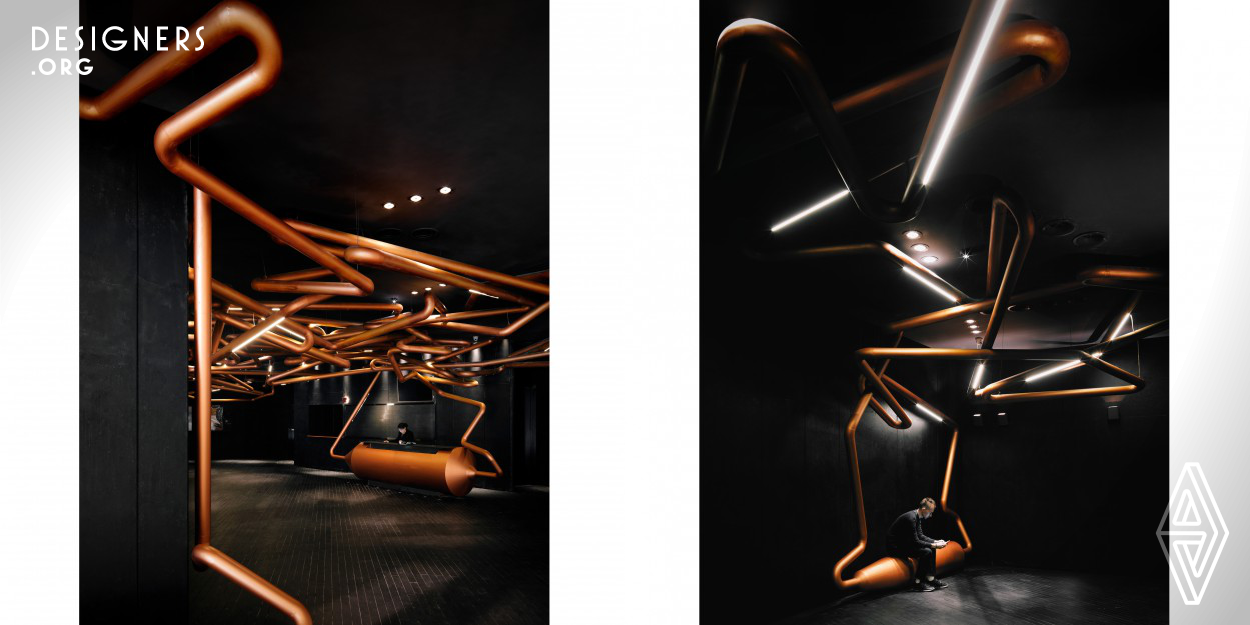 The rail used for filming tracking shots is adopted as the theme of this cinema, illustrated through copper colored metal tubes that stretch throughout the entire cinema. In the lobby, some of the tubes reach down and become seats, some enlarge and act as ticketing counters. Elongated lights are installed along the tubes, adding varieties and illuminate the space. In the auditorium, the walls are decorated by segments of metal tubes with lighting at both ends to enhance the lighting effect. 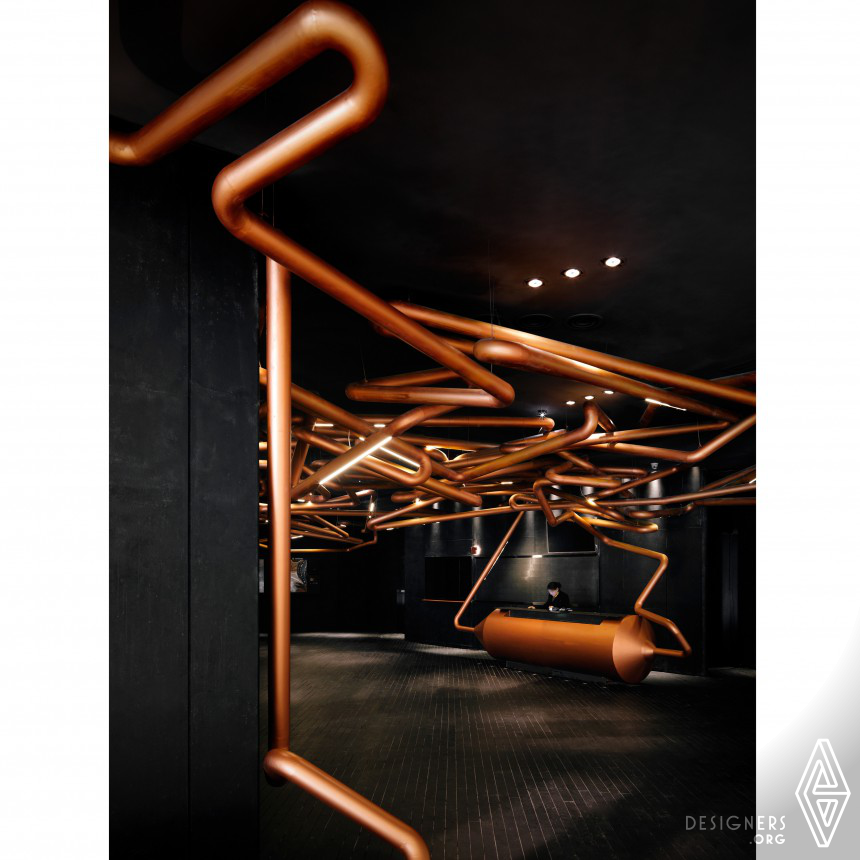 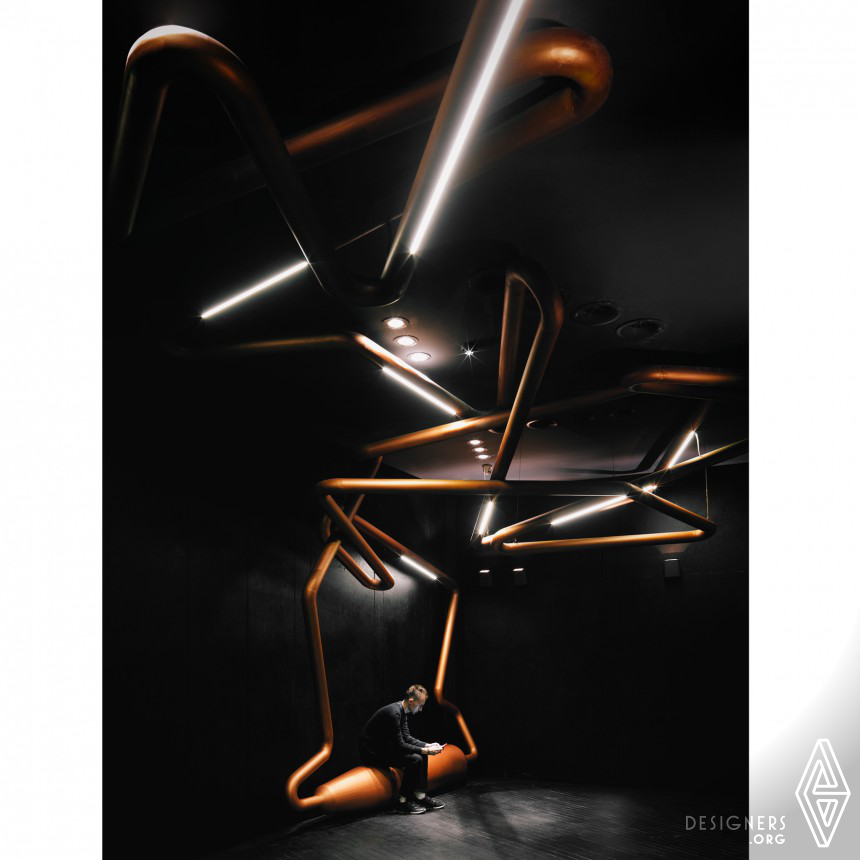 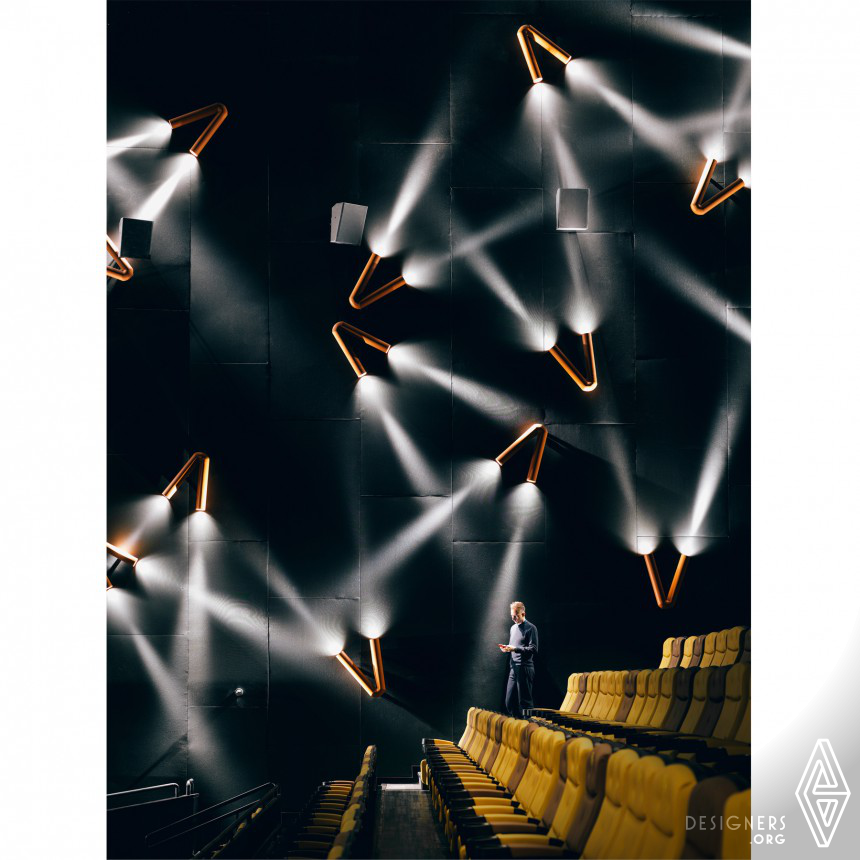 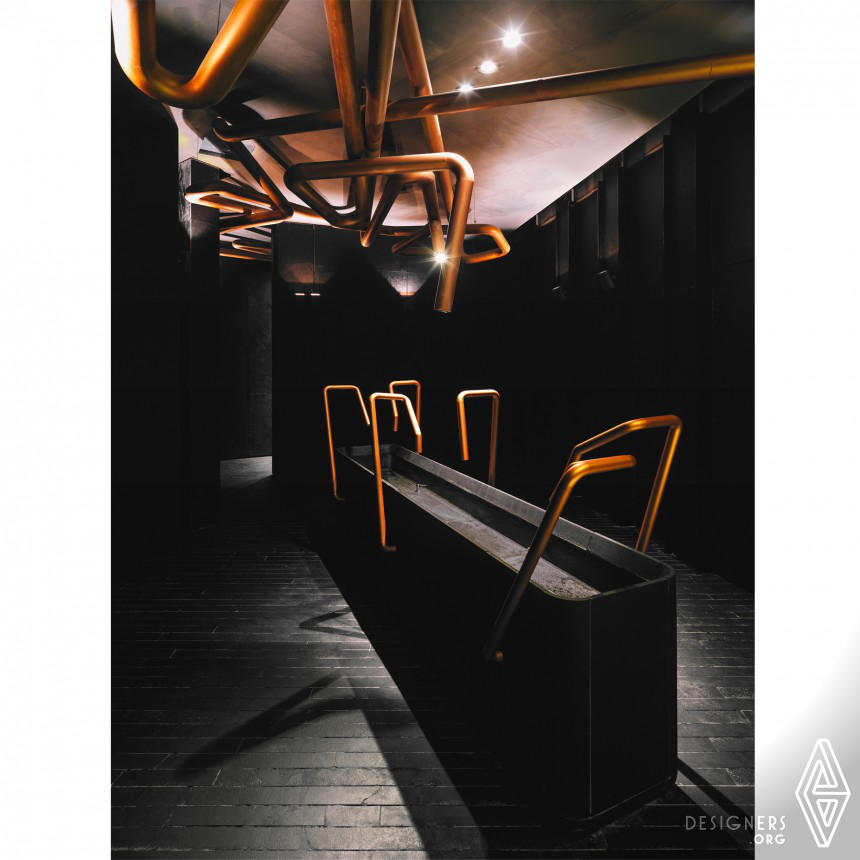 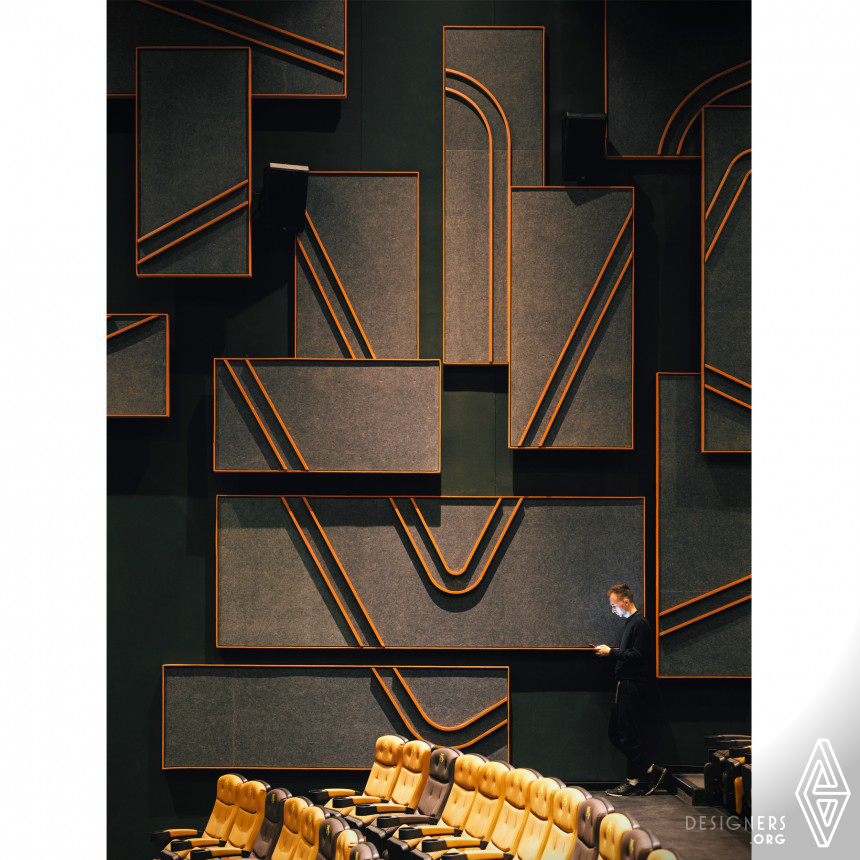