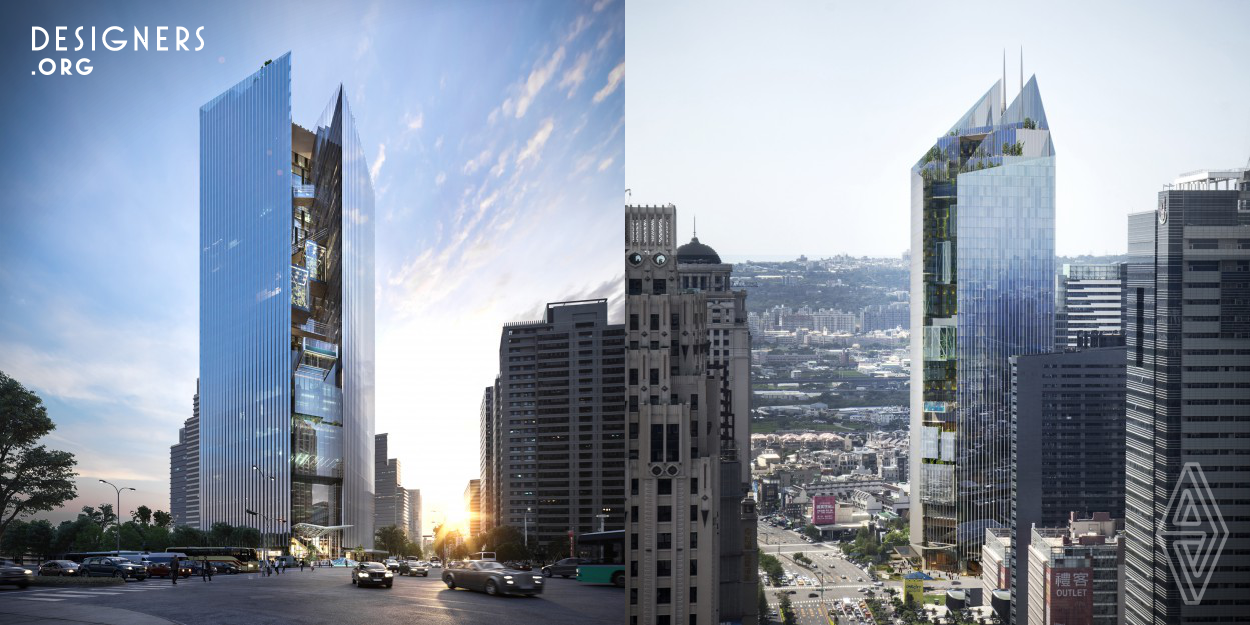 The 210m high tower is a mixed use development comprised of the Taichung Bank Headquarter, a 5 star hotel and a private VIP club at the top. Instead of stacking all these functions in a singular tower, the design intention is to create two separate towers with a vertical void in the centre. A series of ‘float¬ing’ volumes which house the large functions such as the ballroom, swimming pool, and meeting rooms will be situated inside the void to create a unique iconic space facing the main road. 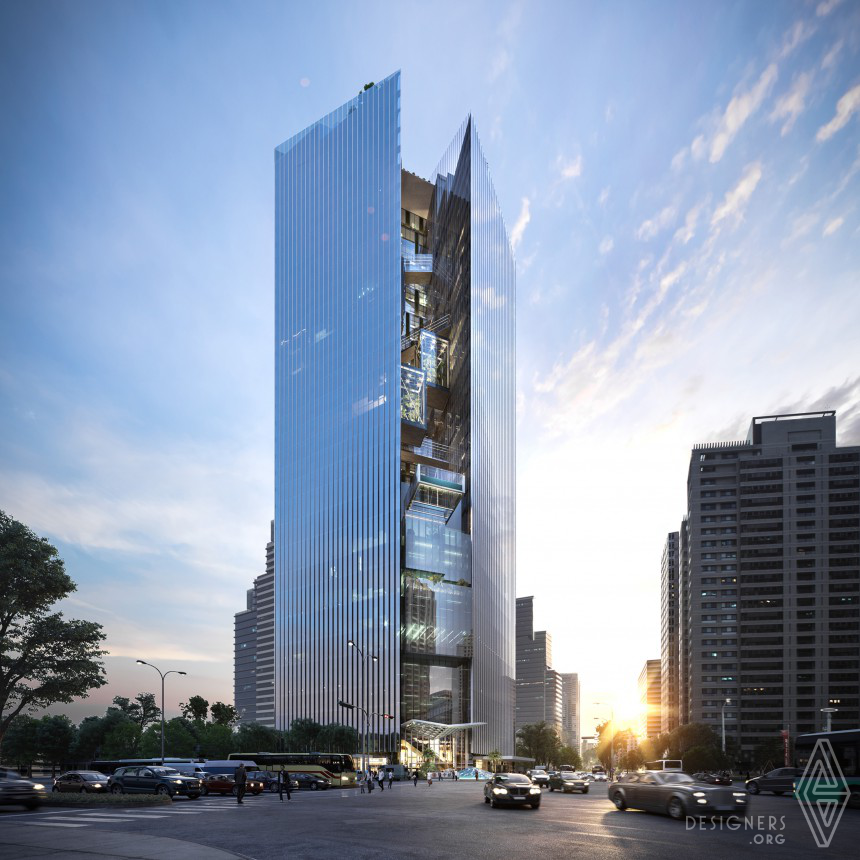 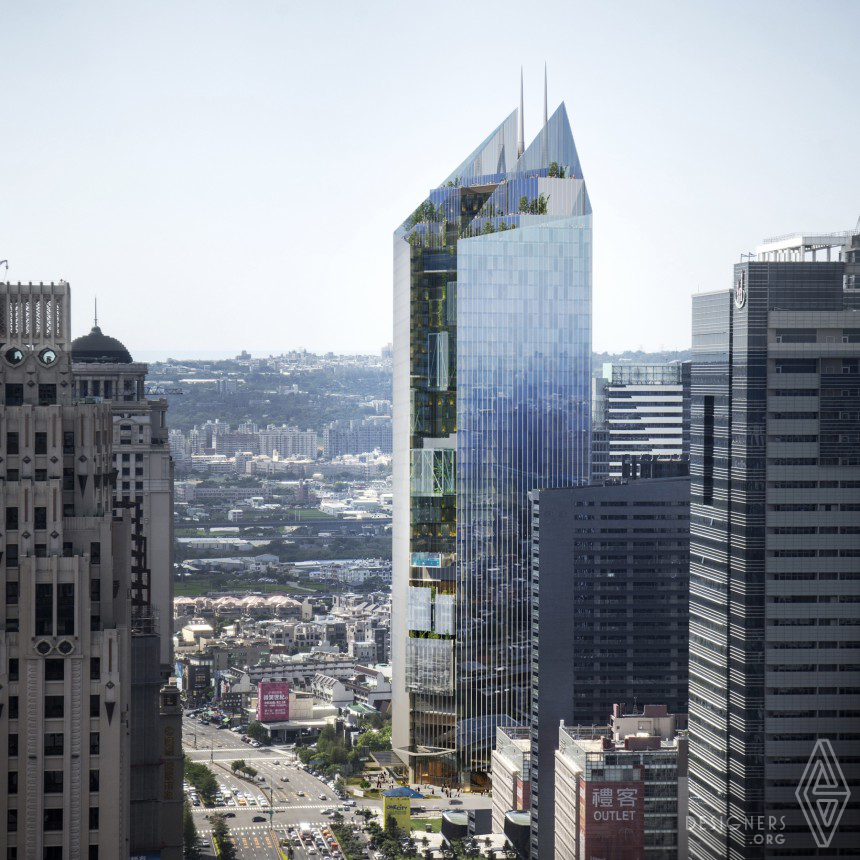 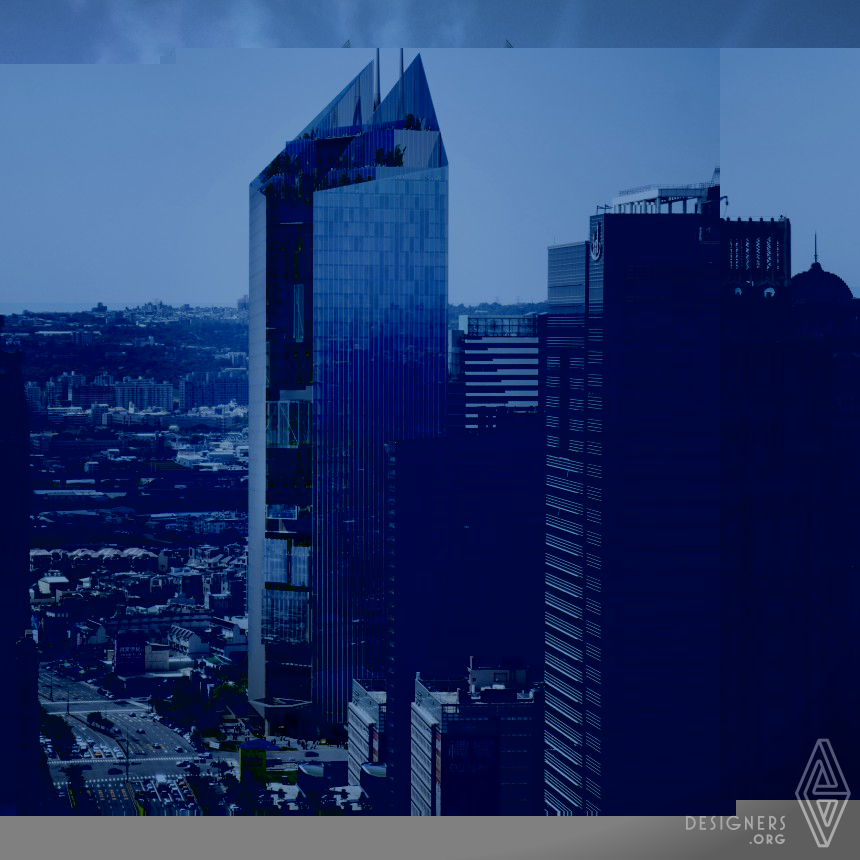 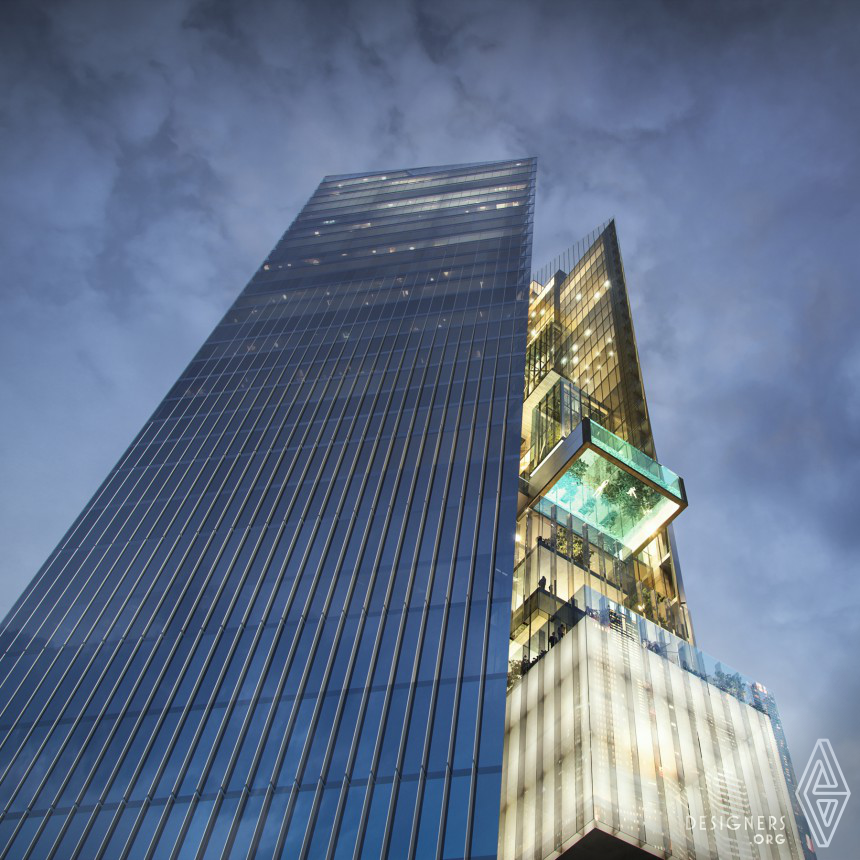