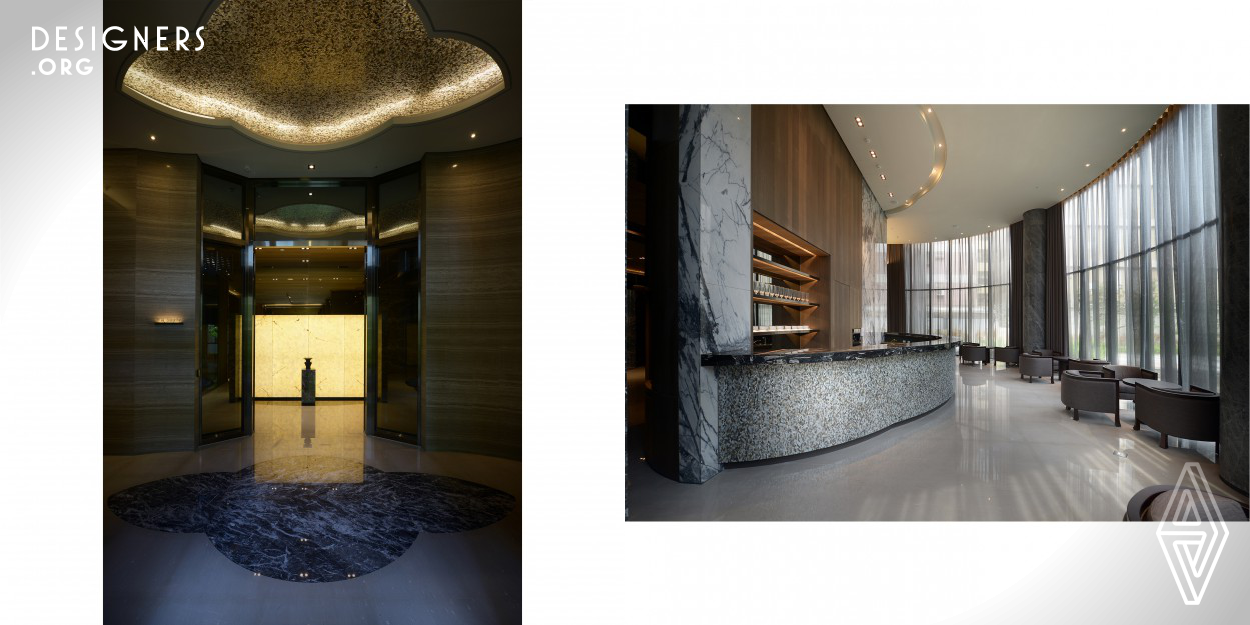 The design idea based on the elegant quality of modern eastern humanity smoothly reflects the fluent vitality of eastern calligraphy, of which the dim ceiling lights traversing in the dark space feature the poised ambience, the sleek surfaces integrating entire space resemble the intensity of writing strokes, and the white, grey and black marbles ornamented on the floors and walls highlight the space characteristics as well. The interim spaces connecting areas constructed in neat lines reveal the upright forms of regular scripts. 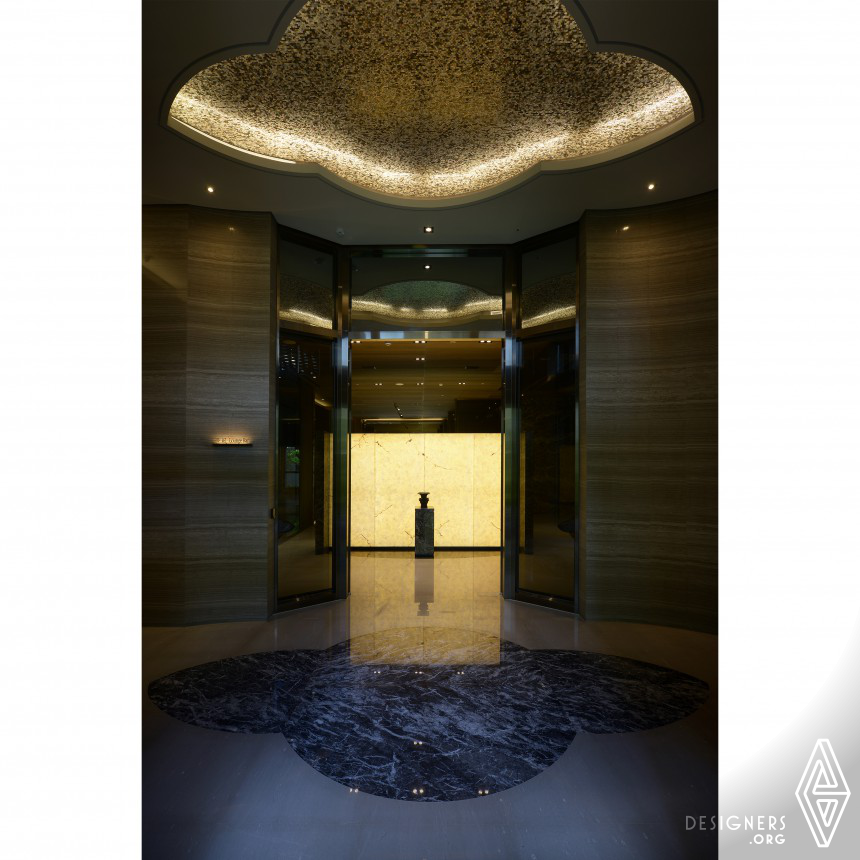 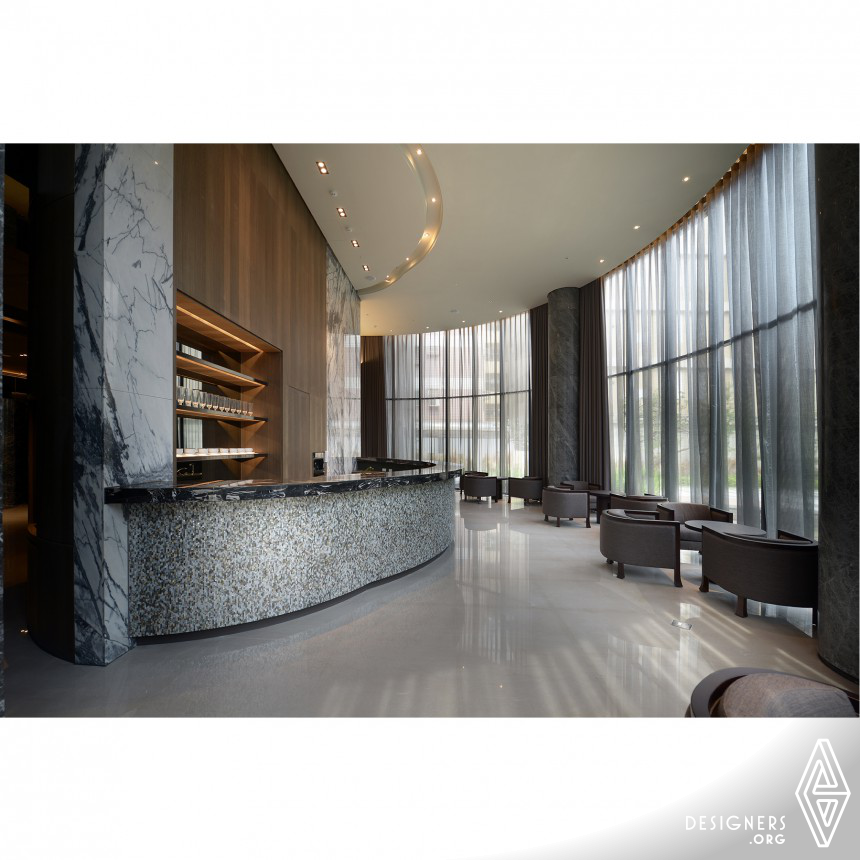 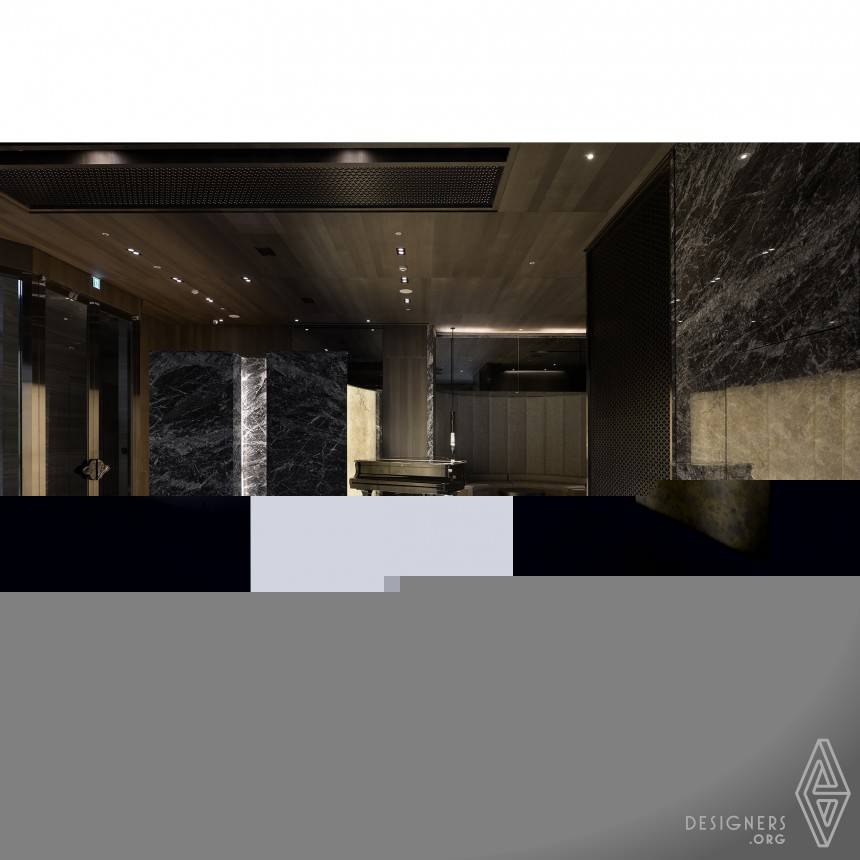 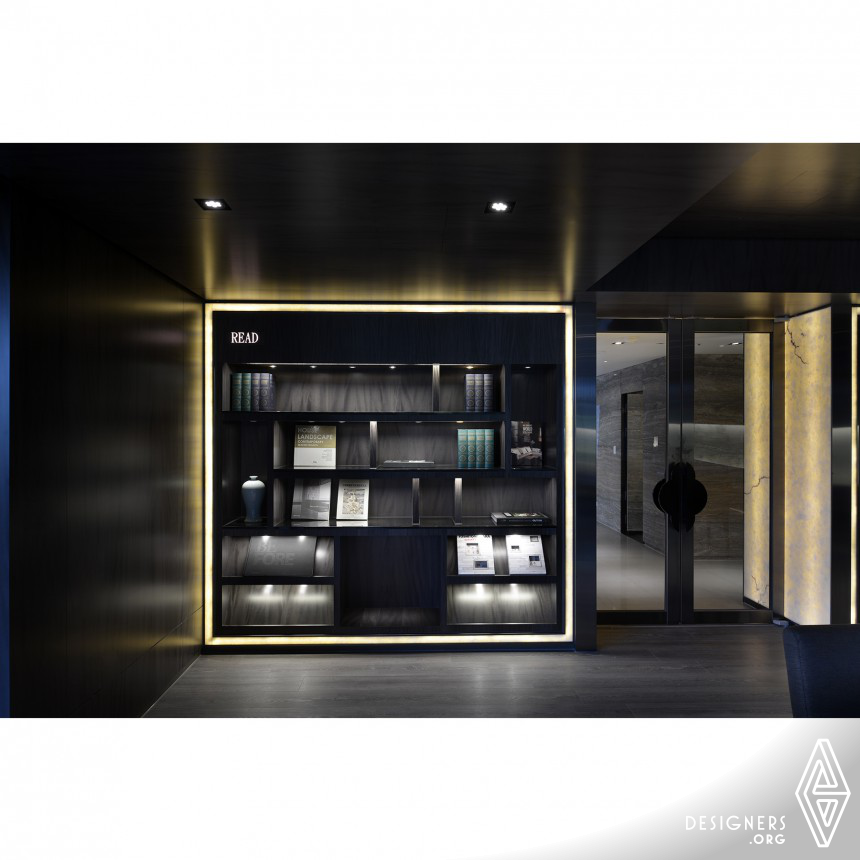 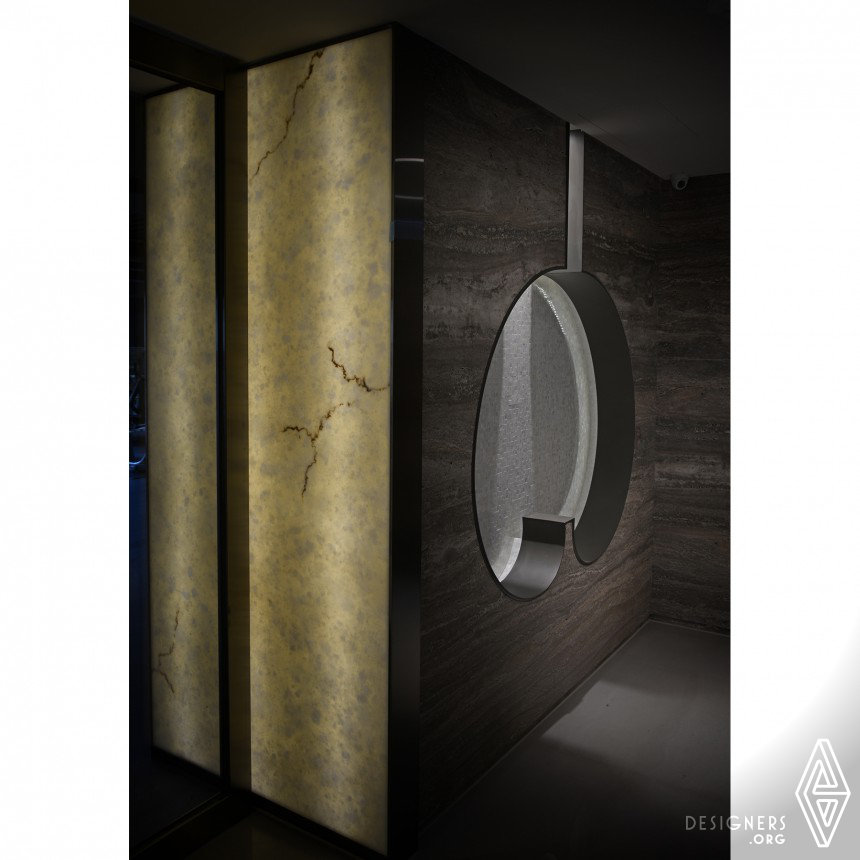