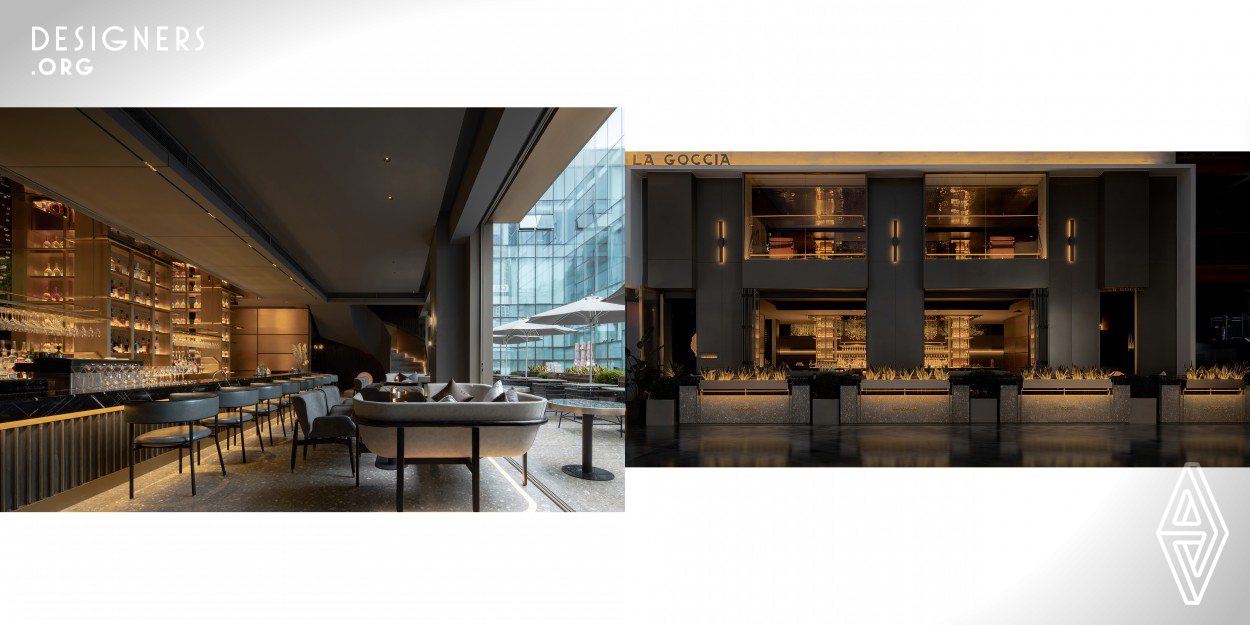 In order to break the limitation in the vertical space, the designer excavated the two-story floor to form a patio, and moved the wine rack behind the bar directly to the second floor, forming a seven-meter-high wine tower. He tried to enlarge the opening surface on the north side as much as possible, blurring the interface between indoor and outdoor. With the extended ground material integration, the outer pendulum area with more than three meters is also included in the integrated spatial visual experience, so that the space extension that was originally cramped has been greatly improved. 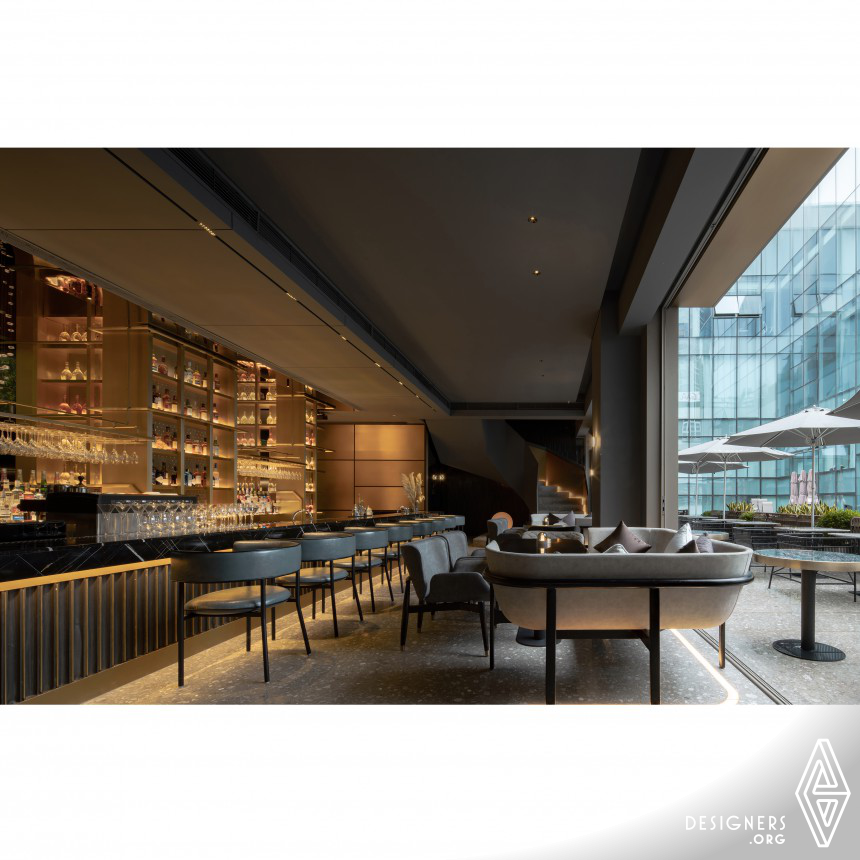 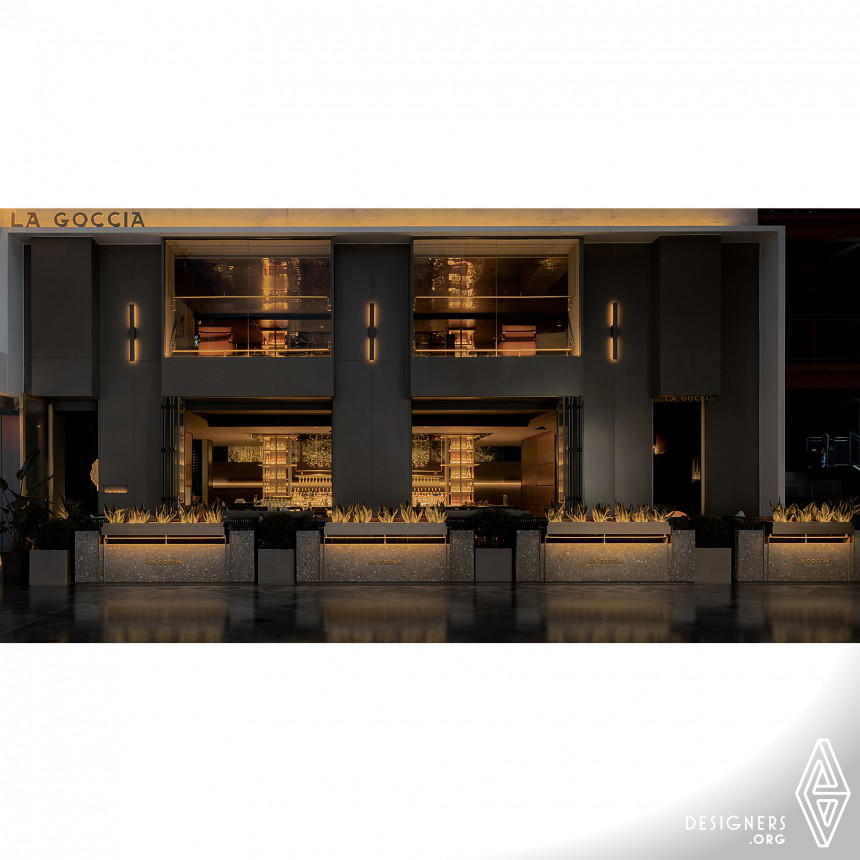 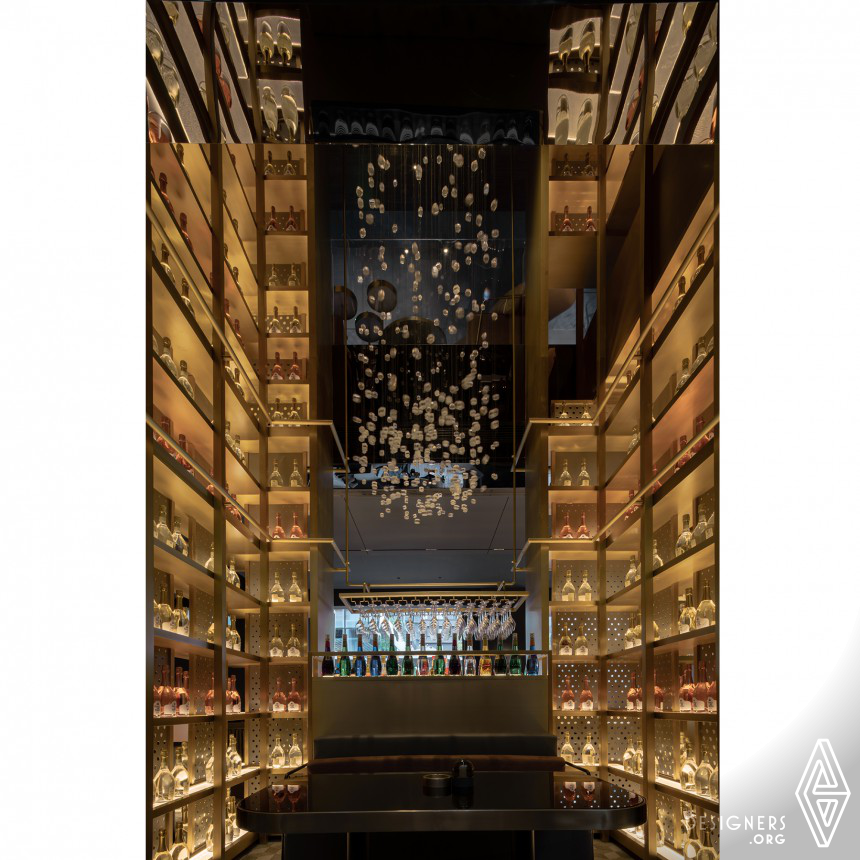 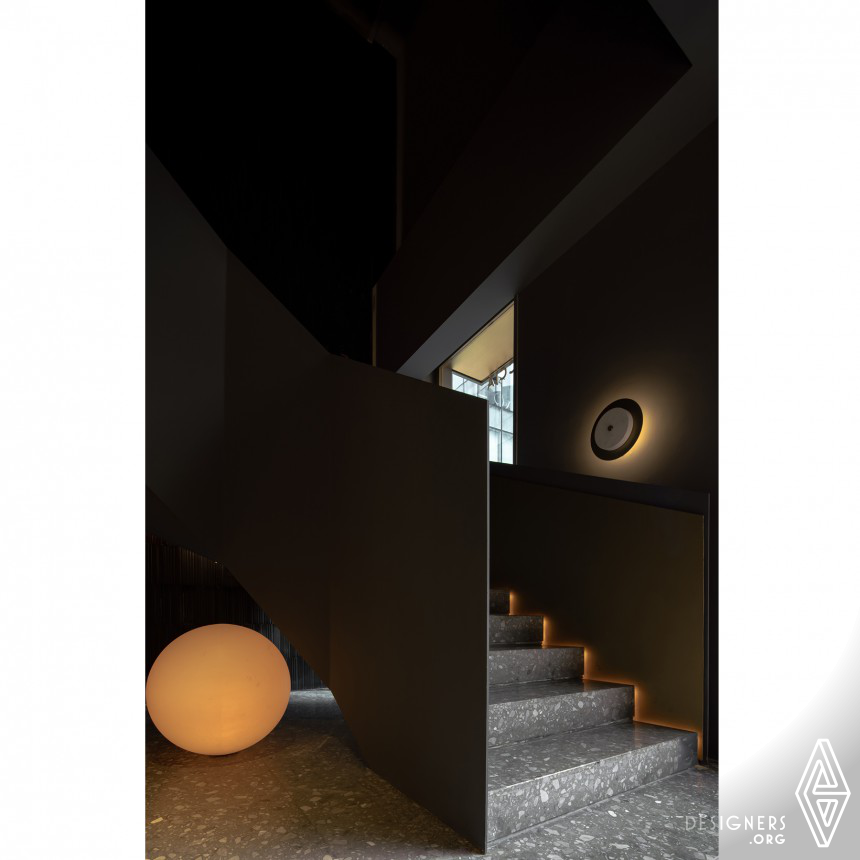 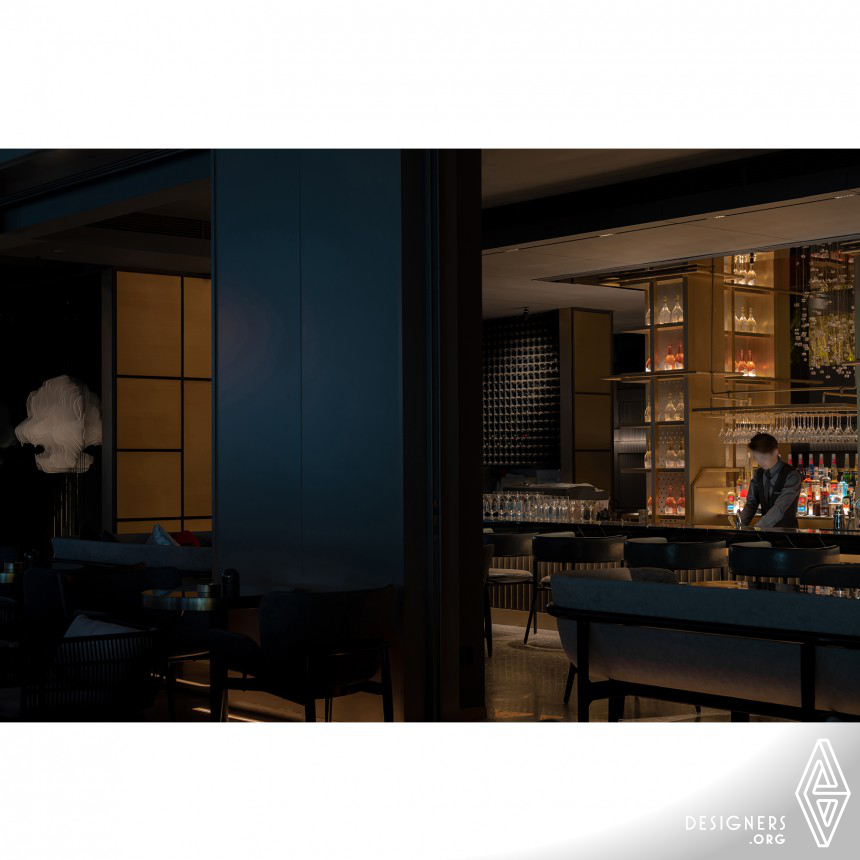