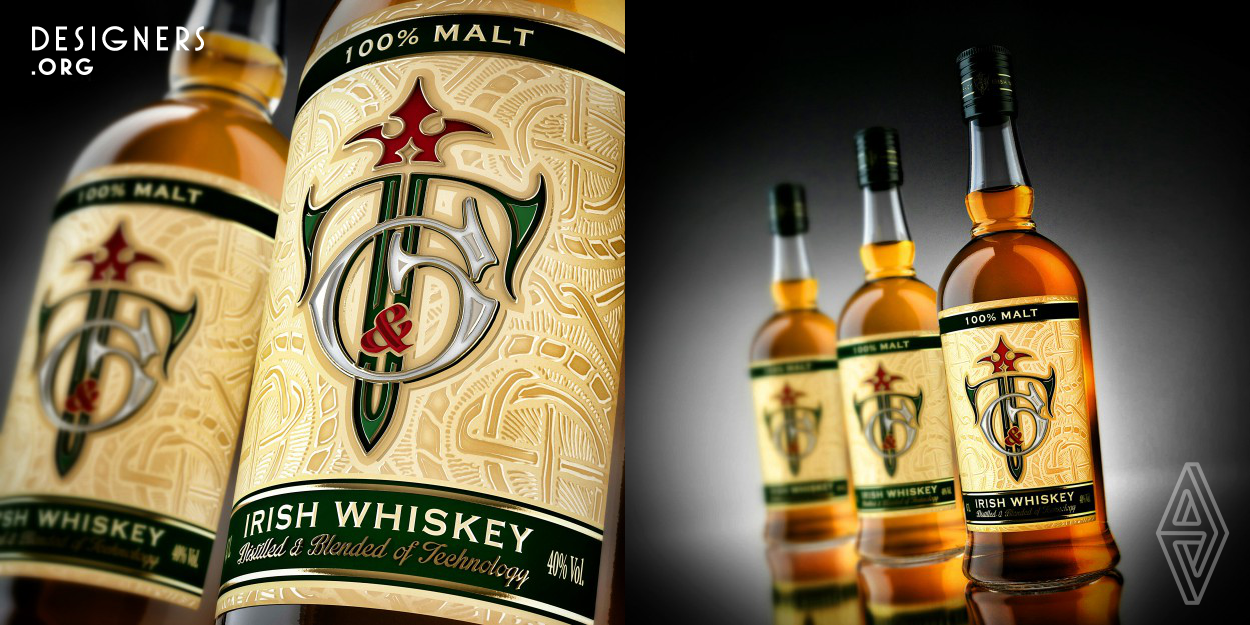 Irish whiskey was highly regarded in England since the end of 19th century and that was the reason for developing the unique heraldic sign for the T&G whiskey. Signs like this one were used in family crests among the European nobility, which adds a feeling of status and legacy to the composition. But there's also the notion of tempered severity, a warrior's spirit that can be seen in the graphic patterns and the central element of this design. 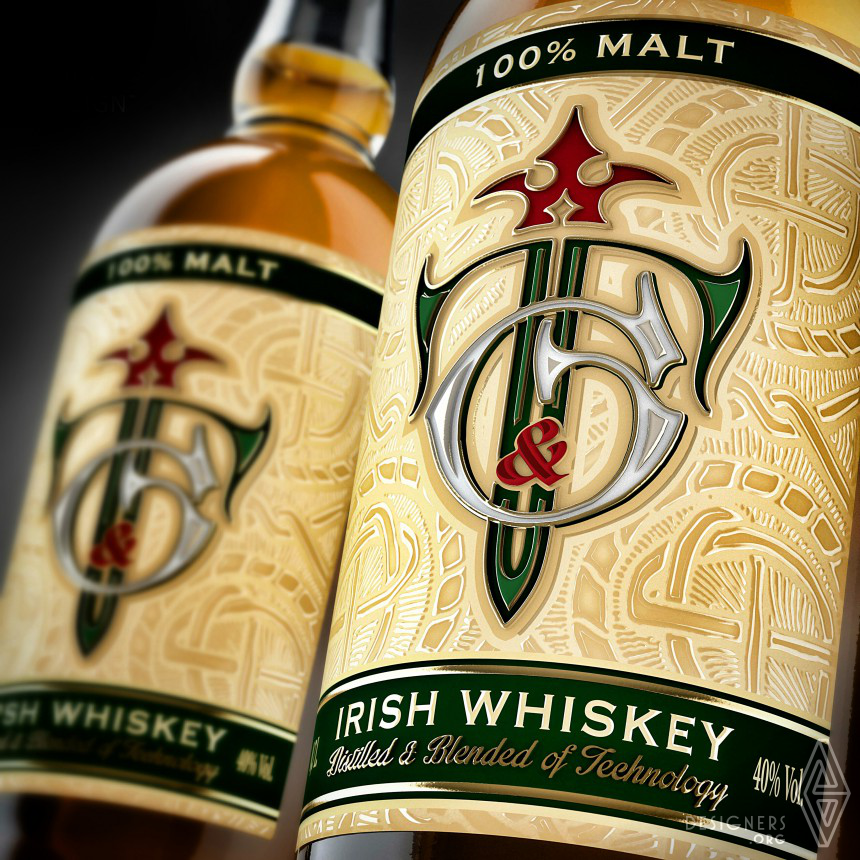 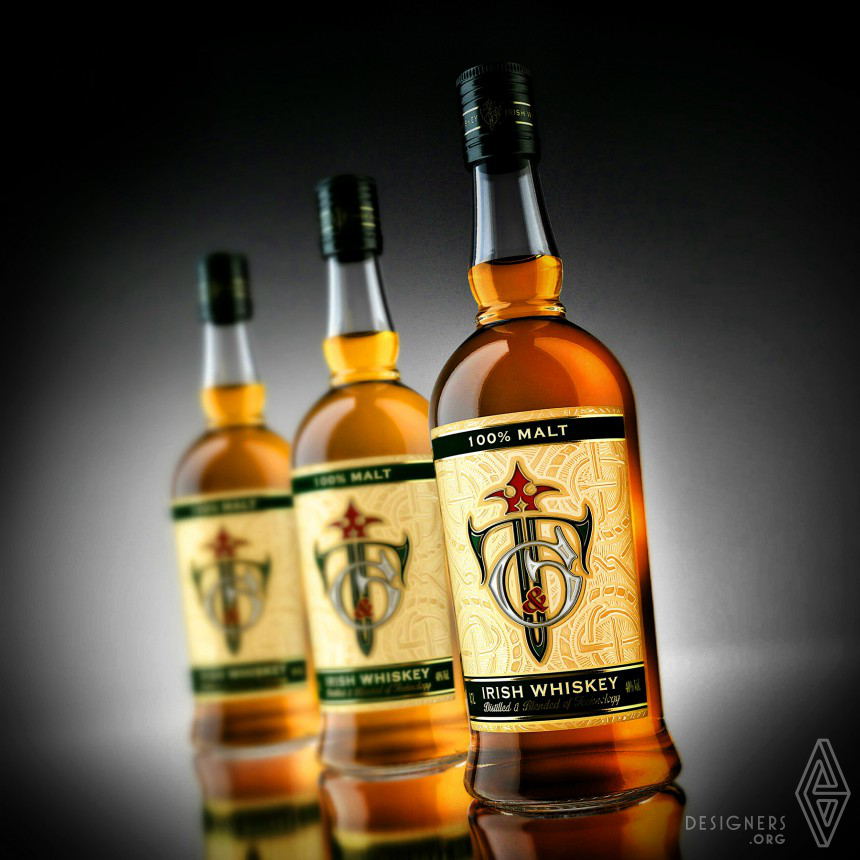 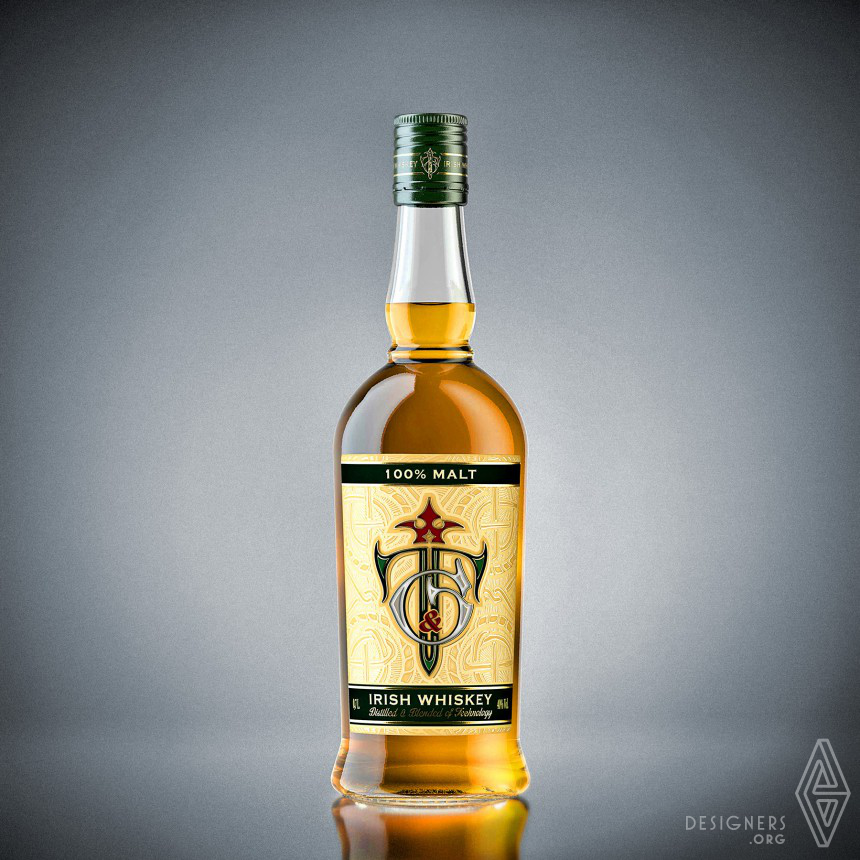 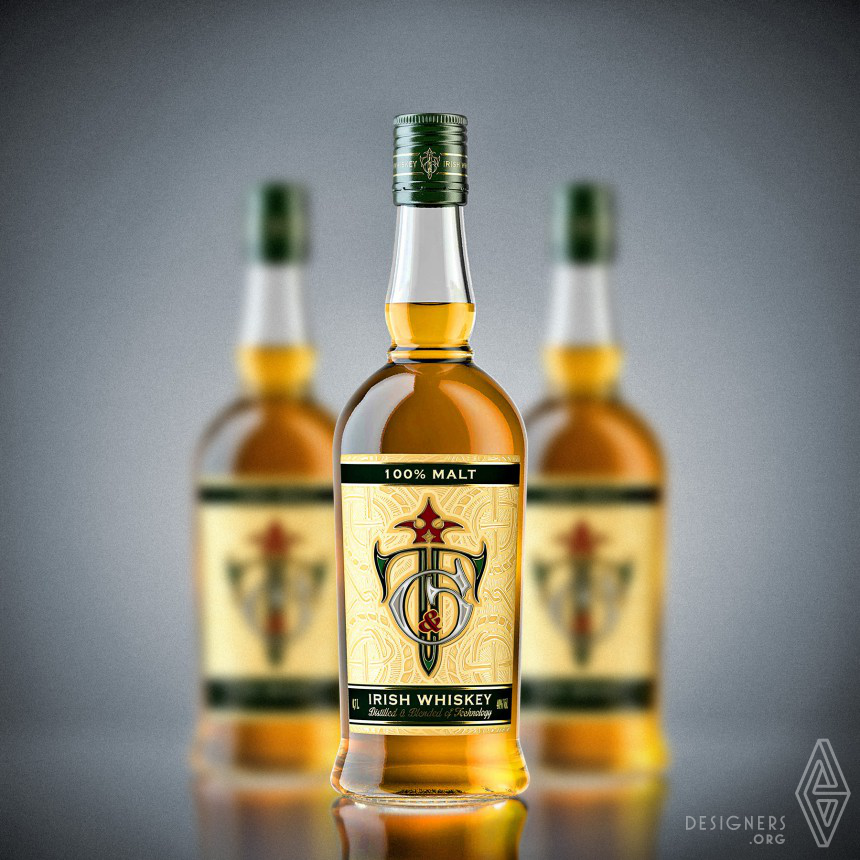 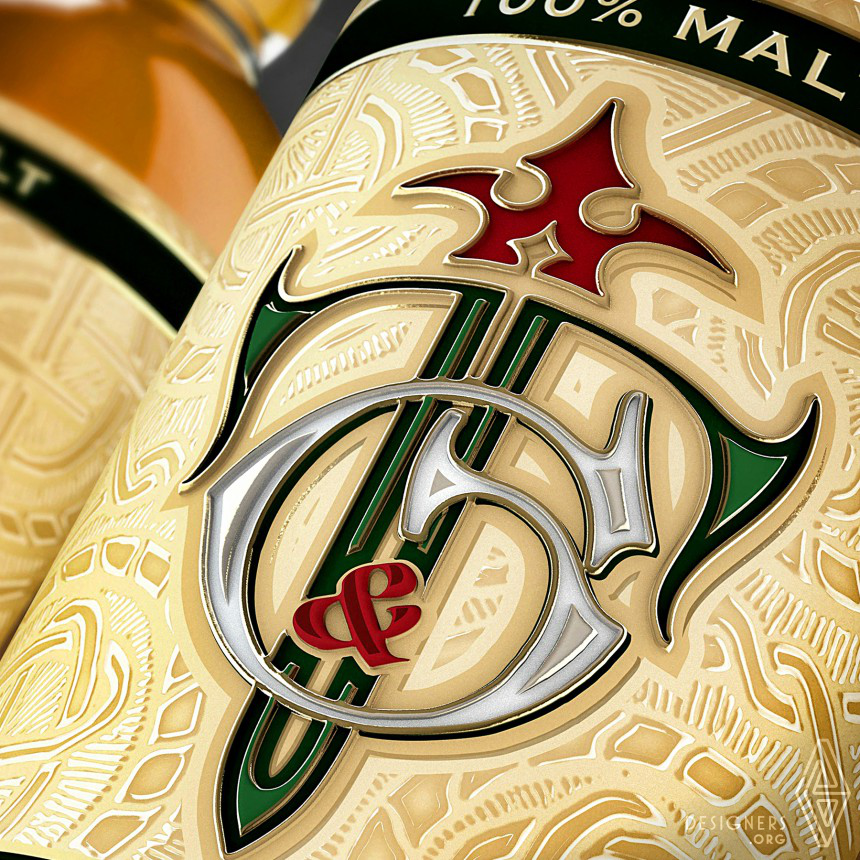 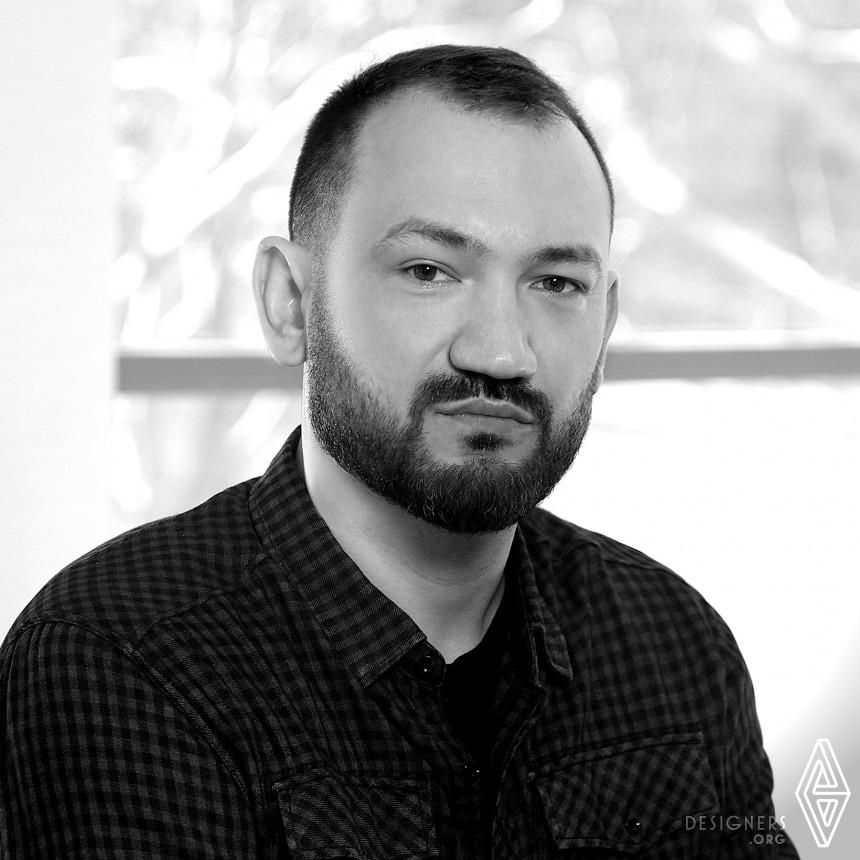